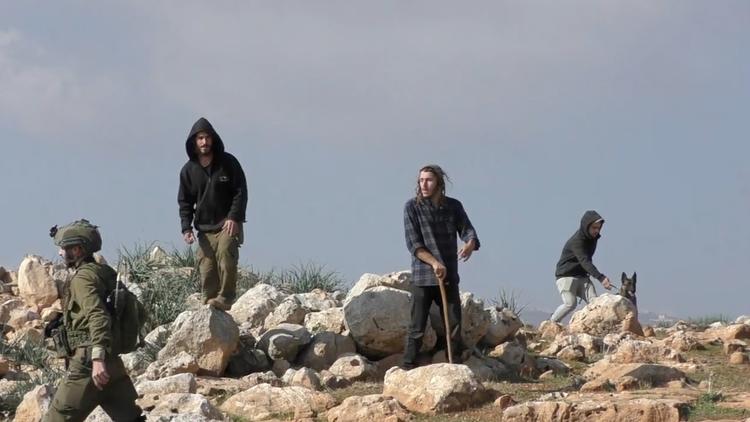 ( Middle East Monitor) – Terrorist attacks by Israeli settlers have become more frequent in the occupied West Bank. One of the latest victims was Bilal Shehadeh Bawatna, 52, from Al-Bireh, who was killed last Friday when he and his companions were run over by a car driven by a settler in the northern Jordan Valley. Those with him were wounded in the deliberate attack.

According to the secretary of the Fatah movement in Tubas and the Jordan Valley, Mahmoud Sawafta, the men were walking on a nature trail on the side of the road at the time. The settler was driving his car on the other side of the road when he turned and drove straight towards them and ran them over. Bawatna was killed and two others were seriously injured. It has been reported that the settler was “speeding” along the road.

Bilal Bawatna was a member of a hiking group, which started a few years ago in order to educate people about Palestine, its geography, and its history, as well as to increase young people’s awareness of the importance of preserving the land in the face of Israeli colonial expansion. This kind of tourism has become very popular.

Last Wednesday, Azzam Jamil Amer from the village of Kafr Qalil near Nablus, was killed after being hit by a settler’s car near the town of Haris in the Salfit governorate in the northern West Bank. Amer was on his way home from work and wanted to cross the street at a red light when a settler drove straight at him and killed him with his car. The attack took place near the large colonial-settlement of Ariel.

These and other attacks are intended to instill fear in the Palestinians so that they start to think about leaving their land. They also highlight the existence of Israel’s illegal settlements and settlers in the occupied Palestinian territories. Ariel alone is home to more than 20,000 illegal settlers.

The security infrastructure imposed across the West Bank by the Israeli occupation authorities is intended to make life as difficult as possible for the indigenous Palestinians. The settlers do a similar job in their own disruptive and deadly way. On many occasions, settler-terrorist attacks take place while they are protected by Israeli soldiers and police. Only very rarely do the troops step in to stop the terrorists; when they do, it is because they fear the wider consequences of the settlers’ actions, not because they have any particular concerns about the pain and suffering inflicted on local Palestinians. The settlers themselves are in breach of international law simply by living on occupied land. It follows, therefore, that their actions of this nature are also serious breaches of international law.

Settler-terrorists target Palestinian property and farms as well as individuals. This can be seen during the olive harvest, which is central to Palestinian life and the economy. Every season the settler-terrorists destroy and burn hundreds of ancient olive trees. They are so filled with hate and anger that they cannot abide seeing Palestinians living and working in harmony with the land and celebrating the harvest.

The terrorist settlers also target Palestinian homes — who can forget the deadly arson attack against the Dawabsheh family in 2015? — as well as mosques, churches, and cars. They pose a very real threat to anyone travelling on West Bank roads and seek to disrupt Palestinian life in this way.

Aisha Al-Rabi, 47, from Bidya in the Salfit governorate, was killed in 2018 when a settler hit her in the head with a stone as she was traveling with her husband. Even the Israeli Ministry of Security admitted that this was a result of a “hostile act” carried out with ideological and racist motives towards Palestinian Arabs simply because they are Arabs.

Such attacks by settlers are increasing, despite the decision of the International Criminal Court to include within its jurisdiction crimes committed in the Occupied Palestinian Territories, and despite the fact that the very presence of settlers in settlements is the biggest case to be put before the ICC. However, settlers and those who support them believe that they are above international law. With their extremist religious ideology and closed minds, they are not open to reason.

It is their ideology of hate which sees Israeli settler-terrorists using religious texts to justify attacks against non-Jews, particularly the indigenous Arabs. They have no value for human life apart from their own, and Palestinian blood is cheap in their eyes. The racist Chief Rabbi of Safed, Shmuel Eliyahu, was last year “one of several prominent right-wing rabbis to call for the acquittal of a Jewish Israeli convicted of murdering three members of a Palestinian family in a terror attack.” He is well known for his criticism of the secular government in Israel and his frequent anti-Arab racism.

The shift to the extreme right in Israeli politics encourages settler-terrorist attacks against the Palestinians. Israel’s Minister of Settlement Affairs, Tzachi Hanegbi, has said that the government wants to get more than a million Jews to live in settlements across the West Bank. Prime Minister Benjamin Netanyahu has aligned himself with extremist settler groups and thus could be said to be complicit in the murderous terrorist attacks. He has been indicted on corruption and fraud charges, so needs all the support he can get in the General Election next month if he is to form another government.

It is a matter of public record that Donald Trump gave Israel everything that it asked for. What will his successor Joe Biden do? It is almost certain that he will continue to protect Israel at every level, and ignore its contempt for international law. Israel’s settler-terrorists have been emboldened by such political backing. That is unlikely to change now. In fact, it will probably continue to escalate.