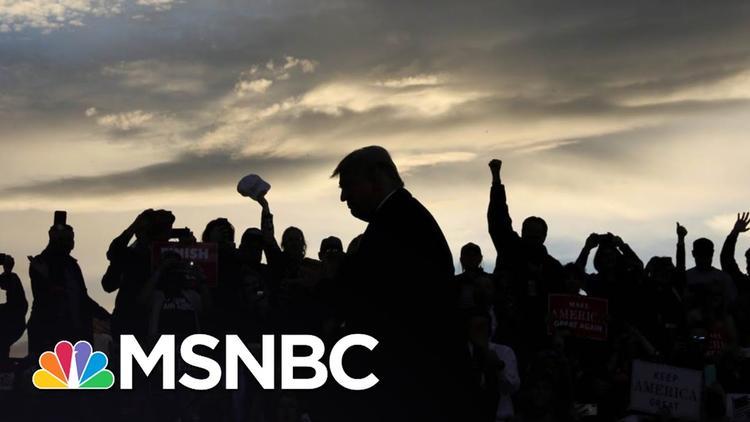 Oakland, Ca. (Special to Informed Comment) – Former President Donald Trump continues to dominate the Republican Party despite being disgracefully impeached twice, and that is because he’s just what they’ve always wanted. For all his destruction, George W. Bush wasn’t cruel and bigoted enough for them; George H. W. Bush, same. Reagan authored the blueprint for this grand destruction, which Trump has shot up with steroids. Reagan was cruel and mean, despite his sunny disposition, but still not mean enough for today’s Republicans. And Eisenhower was more progressive than most of today’s Democratic office holders. Same for Nixon despite his awfulness. Reagan began the campaign to destroy government “as we know it,” and undo Nixon’s progressive legacy of OSHA, EPA, Clean Air and Water Act, expansion of Food Stamps, Medicare and other great social programs. Trump fulfills their every dystopian fantasy, and they remain devoted to him and fearful of his influence.

Some 43 Senators and 199 House Members who violated their oaths to uphold the Constitution, and certify a free election. They supported disrupting the peaceful transfer of power and giving Trump a free pass on trying to kill them! Seriously, he was trying to instigate the murders of Vice President Mike Pence, Speaker Nancy Pelosi and Senate Majority Leader Chuck Schumer, so that he could declare martial law and remain in power. And they gave him a pass. If only there were a way to remove them right now. The Republican Party has indicted itself.

Freedom of speech isn’t freedom to incite a riot to overthrow the government. There is no need to cite landmark cases when there is fresh video and audio evidence supporting the felonious allegations. And let’s stop using the word “misdemeanors” in this situation. This was not a frivolous attempt to blame Trump for the riots based on ‘double hearsay statements of fringe right wing groups,” as his counsel argued. Trump has mainstreamed these “fringe right wing groups,” and empowered them to try to overturn the election. They tried to execute elected officials of both parties, and overthrow a popularly elected government at his behest and in his name.

The House impeachment managers laid out an airtight case for conviction, not only of Trump; but also Fox News and what’s left of the Republican Party. While they showed videos of members of both parties voicing their fears of imminent death at the hands of the Trump mob, its infuriating to know that 199 House Members and 43 Senators voted as they did.

There is some irony here. The US foreign policy establishment and the CIA have worked hard to overturn popularly elected leaders for decades (Iran, Argentina, Chile and intervened in 117 elections around the world from 1946 to 2000.) Now it has happened here, orchestrated by a violent, racist former president who still commands 30% of the country.

Those 242 elected officials who didn’t have the spine to vote for conviction have betrayed the ideals of the American Revolution and have dishonored the veterans of all wars since. Republicans pretend that the rioters were not chanting “fight for Trump” battle cries. Their denial illustrates their utter depravity and their unfitness to serve.

It was infuriating and sad to see those nasty monsters, the insurrectionists, defile one of the most beautiful and sacred buildings in America. I cherished my time there as a Congressional intern in 1973, the Summer of Watergate. They destroyed priceless art and statues in the name of Trump and what’s left of the Republican Party..

The former GOP is now the QOP (QAnon Party), as they attack their own elected officials who voted to hold Trump accountable for the Capitol riot. Trump holds complete sway over state and local party leaders, as they cannibalize their senators and congressional representatives who voted to not turn America into Trump’s private dictatorship, but rather to uphold the 2020 Election results. A time for unity? Sure, hold hearings in both houses of Congress to investigate and expel the 199 House members and 43 Senators, who supported the insurrection to overturn the 2020 Election. Then talk to me about unity.

Those seven brave Senators are to be commended for their integrity and willingness to stand up to the Cult of Personality Disorder: Senators Bill Cassidy of Louisiana, Susan Collins of Maine, Lisa Murkowski of Alaska, Mitt Romney of Utah, Ben Sasse of Nebraska, Richard Burr of North Carolina and Pat Toomey of Pennsylvania joined all 50 Democrats in voting to convict. Sen.Collins got over her certainty that Trump “has learned his lesson.” Credit is due.

The upside of the acquittal is that it may well be the death of the Republican Party as we have known it, the party of the super-wealthy justifying ever growing inequality in America. The only way they have left to make that justification is to bring in the cultists and white supremacists. County and state Republican Party leaders are marginalizing the few Republicans who had the courage to call out this cult of Trump. They are bankrupt of any positive solutions, or the intellectual capital to justify themselves. Their day is done.