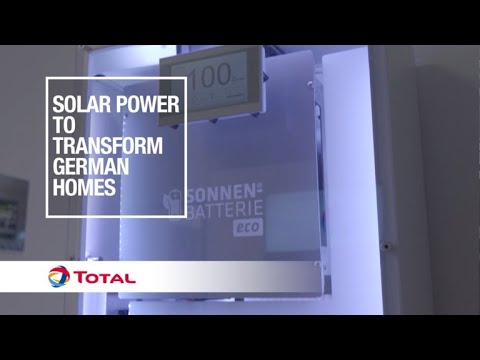 The number of battery storage systems linked to a residential solar pv array rose by around 50 percent in Germany in 2020 for the third year in a row. The country’s solar association BSW estimates there were 88,000 new residential installations, taking the total number of solar batteries in Germany to about 270,000.

The number of homeowners installing a solar array doubled last year, and every other system was extended with a battery.

“We expect that the demand for storage will continue to increase,” said BSW Managing Director Carsten Körnig. He added demand was being driven by lower prices, a growing awareness of climate protection and an increased desire for independence on the part of consumers.

“In order to implement the climate targets, to ensure the provision of green electricity in line with demand and to compensate for short-term fluctuations in solar and wind energy generation due to weather conditions and time of day, market researchers calculate that the current battery storage capacity will have to increase almost sevenfold by 2030, from the current 2.4 gigawatt hours (GWh) to around 18 GWh,” BSW said.

“As a result, the annual market for stationary battery storage will double by 2025 and will probably even quintuple by the end of the decade.” 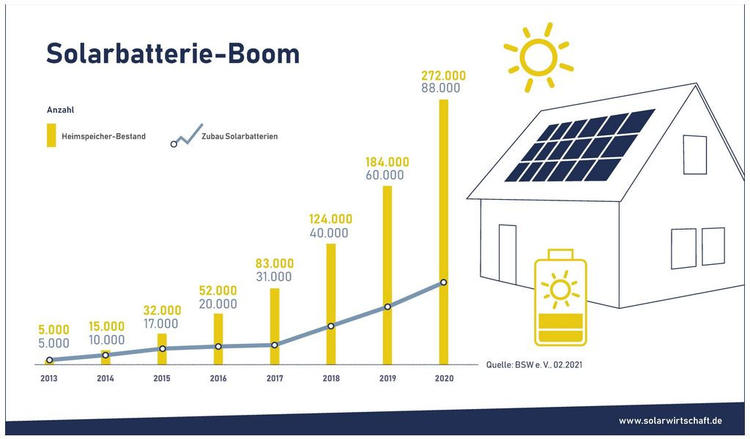