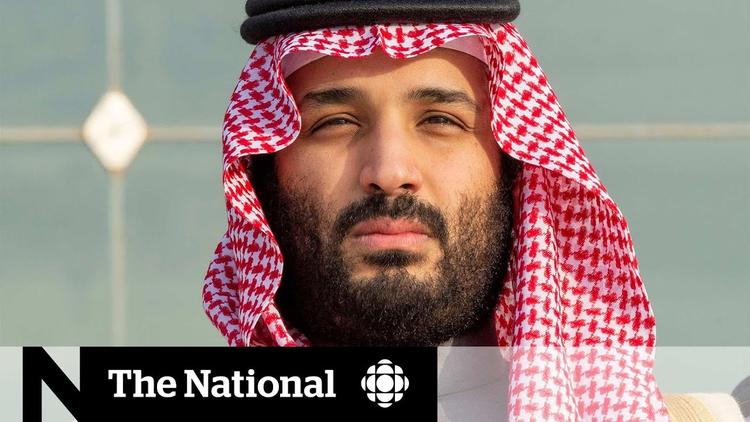 President Biden will not, however, impose sanctions on Bin Salman. Apparently the only punishment will be that Biden won’t talk to the crown prince, only to his father, King Salman.

But in fact, Secretary of Defense Lloyd Austin just spoke with Bin Salman earlier this week, because the latter holds the portfolio of minister of defense, and so is the proper counterpart for military relations.

On Feb. 19, Gen. Kenneth McKenzie, the head of the Central Command that covers the Middle East, said that the US was seeking more “back up bases” in Saudi Arabia in case of hostilities with Iran.

The commander of U.S. forces in the Middle East says the U.S. military is looking for so-called “fallback” bases in Saudi Arabia to protect forces in the event of raised tensions with Iran.

“What we would like to do, without shutting down [current] bases…is to have the ability to go to other bases to operate in a period of heightened risk,” General Kenneth McKenzie, head of the U.S. Army Central Command (Centcom), said on February 18.

He made the comments while on a tour of the Middle East . . . Referring to Saudi Arabia, McKenzie stressed that the Pentagon was not looking for new permanent bases, but rather sites that could be quickly utilized in time of crisis.

“These are things that any prudent military planner would want to do to increase their flexibility, to make it more difficult for the adversary to target them,” he added.”

Apparently the US wants the use of the port of Jedda and of two air bases in western Saudi Arabia.

So Bin Salman has Biden over a barrel. The US wants military favors from Saudi Arabia that only he, as minister of defense and de facto ruler of the country, can provide.

So Bin Salman more or less skates on the murder of Khashoggi. Oh, there may be consequences. He shouldn’t travel to any countries that have universal jurisdiction, or he might be arrested the way the Chilean dictator Pinochet was.

The whole of Iran’s 85 million people are under a US financial blockade, which has interfered with the country’s pandemic response, harms the ability of people there to afford medicine, and has devastated the lives of ordinary people.

Collective punishment is a crime in international law.

In 2015 Joe Biden was part of the team that successfully negotiated the nuclear deal, the Joint Comprehensive Plan of Action (JCPOA) with Iran. Biden and the others on the American side promised Iran that both UNSC and US sanctions would be lifted if it abided by the terms of the deal.

Iran faithfully kept its part of the bargain, as certified by the International Atomic Energy Agency. Every three months, for three years. Iran had mothballed 80 percent of its civilian nuclear energy program.

The UN Security Council lifted the economic sanctions it imposed in 2007. However, the Republican-controlled Congress refused to lift US sanctions. And US sanctions are sort of like organized crime– they aren’t just imposed on the victim, in this case, Iran, but also on anyone who deals with the victim. So French companies like Renault could not start back up their auto factory in Iran because the US Treasury Department would impose third party sanctions on it. Banks in Europe have been fined billions for handling Iranian transactions.

So Iran got no actual sanctions relief.

And then in 2018 the odious Trump tore up the JCPOA and used US financial clout to stop Iran from so much as selling its oil in the world market (so much for free enterprise).

Although President Biden now says he wants to revive the JCPOA, I’m not sure why Iran should trust the US to keep its word. It hasn’t before.

And don’t think Iran can’t see the hypocrisy of the US refusing to sanction a leader it considers a murderer but keeping severe sanctions and imposing a financial blockade on all 85 million Iranians.