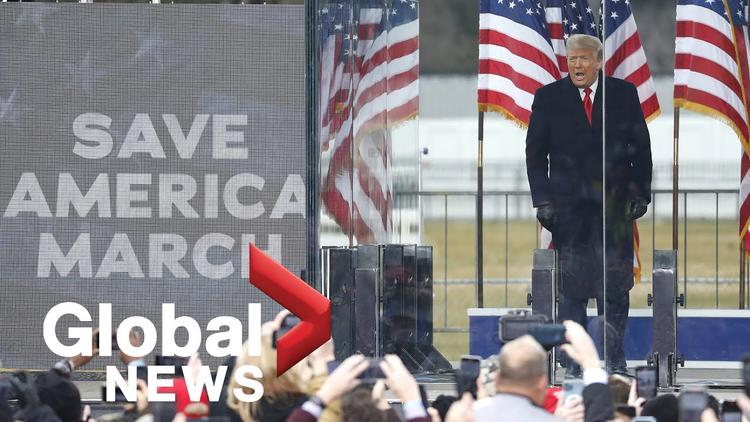 Senators, acting in the impeachment trial of former President Donald Trump that begins on Feb. 9, will soon have to decide whether to convict the former president for inciting a deadly, violent insurrection at the Capitol building on Jan. 6.

A majority of House members, including 10 Republicans, took the first step in the two-step impeachment process in January. They voted to impeach Trump, for “incitement of insurrection.” Their resolution states that he “willfully made statements that, in context, encourage – and foreseeably resulted in – lawless action at the Capitol, such as: ‘if you don’t fight like hell you’re not going to have a country anymore.’”

Impeachment proceedings that consider incitement to insurrection are rare in American history. Yet dozens of legislators – including some Republicans – say that Trump’s actions leading up to the Jan. 6 attack on the Capitol contributed to an attempted insurrection against American democracy itself.

Such claims against Trump are complicated. Rather than wage direct war against sitting U.S. representatives, Trump is accused of using language to motivate others to do so. Some have countered that the connection between President Trump’s words and the violence of Jan. 6 is too tenuous, too abstract, too indirect to be considered viable.

However, decades of research on social influence, persuasion and psychology show that the messages that people encounter heavily influence their decisions to engage in certain behaviors.

The research shows that the messages people consume affect their behaviors in three ways.

First, when a person encounters a message that advocates a behavior, that person is likely to believe that the behavior will have positive results. This is particularly true if the speaker of that message is liked or trusted by the target of the message.

Second, when these messages communicate positive beliefs or attitudes about a behavior – as when our friends told us that smoking was “cool” when we were teenagers – message targets come to believe that those they care about would approve of their engaging in the behavior or would engage in the behavior themselves.

Finally, when those messages contain language that highlights the target’s ability to perform a behavior, as when a president tells raucous supporters that they have the power to overturn an election, they develop the belief that they can actually carry out that behavior.

Consider something we have all encountered in a more lighthearted context – messages designed to motivate exercise. These messages often tell us one (or more) of three things. They tell us that exercise will lead to positive outcomes – “You will get physically fit!” They tell us that others exercise or would approve of our taking part in exercise – “Work out with a friend!” And they tell us that it is within our power to begin an exercise program – “Anybody can do it!”

In this context, these messages are likely to increase the message target’s likelihood of exercising.

Unfortunately, as we saw on Jan. 6, these principles of persuasion apply to less benign behaviors as well.

How Trump did it

Now let us return to what happened in Washington on Jan. 6.

Even in the weeks before the election, Trump’s rhetoric was belligerent. His campaign solicited supporters to “enlist” in the “Army for Trump” to help reelect him. Following the election and in the lead-up to the attack on the Capitol, President Trump made repeated false claims of election fraud, arguing that something needed to be done to remedy the alleged fraud. His language often took an aggressive tone, suggesting that his supporters must “fight” to preserve the integrity of the election.

In the weeks following the election, allies of President Trump, including Rudy Giuliani, Republican U.S. Rep. Matt Gaetz, GOP Sens. Ted Cruz and Josh Hawley and others, only reinforced these beliefs among Trump supporters by perpetuating his lies.

With these beliefs and attitudes in place, Trump’s Jan. 6 speech outside the White House served as a key accelerant to the attack by sparking the raucous crowd to action.

In his pre-attack speech, Trump said that he and his followers should “fight like hell” against “bad people.” He said that they would “walk down Pennsylvania Avenue” to give Republican legislators the boldness they need to “take back the country.” He said that “this is a time for strength” and that the crowd was beholden to “very different rules” than would normally be called for.

Less than two hours after these words were spoken, violent insurrectionists and domestic terrorists breached the Capitol.

In the case of Donald Trump, the relationship between words and actions never seems clear. But make no mistake, there is a scientifically valid case for incitement.

Decades of research have demonstrated that language affects our behaviors – words have consequences. And when those words champion aggression, make violence acceptable and embolden audiences to action, incidents like the insurrection at the Capitol are the result.

This is an updated version of an article originally published on Jan. 12, 2021.