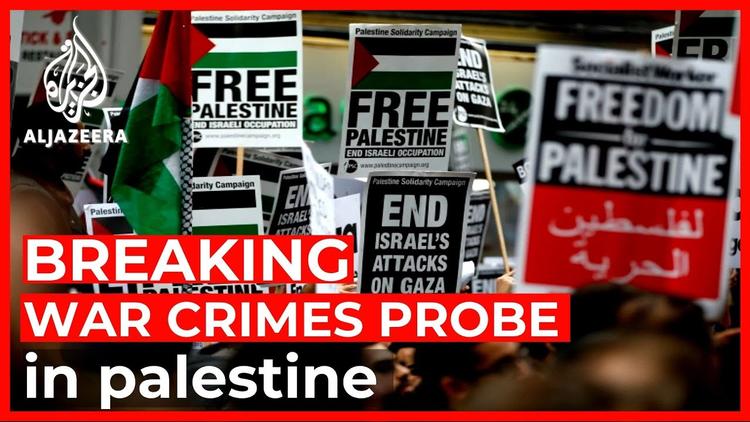 Ann Arbor (Informed Comment) – The International Criminal Court (ICC) has decided to look into war crimes committed in the Israeli-Occupied Territories of Palestine. Outgoing chief prosecutor, Fatou Bensouda, said that the decision to go forward was reached after a painstaking 5-year review. The investigation will begin in 2014, suggesting that the court will consider war crimes by both Israeli officials and Hammas ones during the 2014 Gaza conflict.

Ms. Bensouda had announced on February 6 of this year that the Court had found that it had the competency to investigate war crimes committed in the Gaza Strip, the West Bank and East Jerusalem, but had not yet decided whether actually to do so.

Now it is clear that there is an appetite on the court to go forward.

The Rome Statute that acts as a charter for the ICC defines Apartheid as a war crime, such that Israel flooding its own citizens onto Palestinian land as grabby squatters may well be part of the court’s brief. Israeli actions contravene the 1949 Geneva Conventions on occupied territories.

Al-Quds al-Arabi [Arab Jerusalem], a pan-Arab London daily, quoted the foreign ministry of the Palestine Authority as welcoming the decision, saying that it demonstrated the court’s principled stand and its independence, and its dedication to the principles of the 2002 Rome Statute.

The state of Palestine brought the motion to the International Criminal Court in 2018 after having tried for three years to get the far right, expansionist government of Binyamin Netanyahu to stop colonizing Palestinian land and resources. The state of Palestine was recognized as a permanent observer state by the UN General Assembly in 2012, giving it the same status that the Vatican enjoys. That status allowed Palestine to join the International Criminal Court in 2015.

The ICC cannot investigate Israel proper, since Tel Aviv is not a signatory to the Rome Statute and the court only has jurisdiction over signatories. The only other way the court can intervene is if the UN Security Council forwards a case to it, as happened when Moammar Gaddafi began shooting down Libyans in February, 2011. Because the US generally wields its veto to protect Israel, the International Criminal Court is unlikely to get a referral regarding Israel.

Since, however, Palestine joined the ICC in 2015, and since Palestine brought a complaint in 2018, the court has decided that it now has jurisdiction over the Palestinian territories. Since those are where most of the war crimes occur, the court now has a wide range of issues to consider.

Al-Quds al-Arabi notes that Bensouda cautioned that this process would take some time. Some work will be delayed because of the pandemic. The first step will be to set priorities for investigation.

The US Secretary of State Antony Blinken denounced the court’s decision, saying “The United States firmly opposes and is deeply disappointed by this decision. The ICC has no jurisdiction over this matter. Israel is not a party to the ICC and has not consented to the Court’s jurisdiction, and we have serious concerns about the ICC’s attempts to exercise its jurisdiction over Israeli personnel.”

He added that the US ““will continue to uphold our strong commitment to Israel and its security, including by opposing actions that seek to target Israel unfairly.”

Blinken is flat out wrong on every point he makes. The ICC is not investigating crimes on Israeli soil, but in the Palestinian Occupied territories. Since Palestine as a permanent UN observer state is a member of the ICC and invited the court into its territory, the International Criminal Court has every right to investigate violations of the Rome Statute that took place in those territories. As for Israeli personnel, if they committed their crimes in Palestine, they are liable to prosecution.

The ICC is not treating Israel unfairly. It will also look at Hamas violations. Moreover, it isn’t unfair to investigate a country for committing war crimes when it has actually, like, committed war crimes. Blinken sounds like every convict in prison, who has been unfairly persecuted and never did murder that old lady to get at her purse.

Blinken already let the crown prince of Saudi Arabia off without sanctions for murdering Washington Post columnist Jamal Khashoggi. Now he is running interference for Netanyahu. He is quickly becoming the face of American hypocrisy, which only wants sanctions on Russians and Iranians who are rivals but never on officials from countries that talk nice about the US.

Although it may itself be under scrutiny, Al Jazeera says, the Hamas party-militia that rules the Palestinian Gaza Strip welcomed the announcement. Spokesman Hazim Qasim said, “Hamas welcomes the decision of the International Criminal Court to investigate the crimes of the Israeli Occupation against our people.” He added, “Our resistance is a legitimate resistance and comes within the framework of defense on our people.”

For his part, Israeli foreign minister Gabriel “Gabi” Ashkenazi rejected the decision of the ICC, calling it “morally and legally bankrupt.” He said, “The decision to open an investigation against Israel is beyond the court’s mandate, and a waste of the international community’s resources by a biased institution that has lost all legitimacy.”

Al-Quds al-Arabi further quoted Ashkenazi as saying, “Israel will take all necessary steps to protect its citizens and its troops from legal persecution.”

I think all criminals view legal prosecution as a form of persecution.