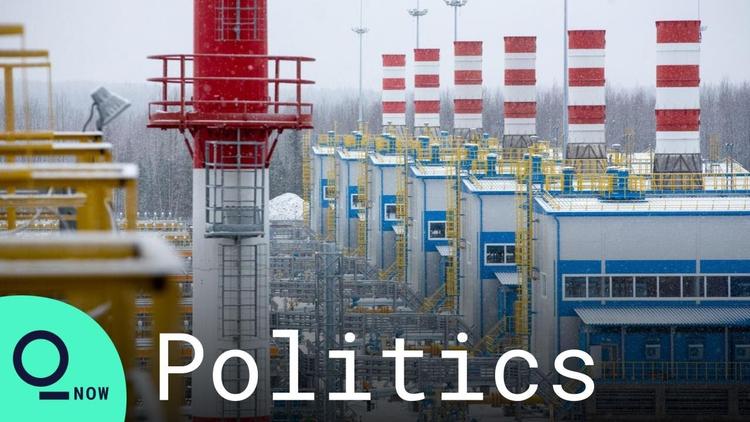 “Green Party leader Annalena Baerbock warned that the pipeline would undermine European sovereignty and pose an obstacle to a common European energy policy. In addition, its commissioning would support the Kremlin ‘with billions in revenue’.

‘This pipeline ought not to exist,’ she insisted.”

The Greens want to move quickly away from hydrocarbons.

All the other parties in parliament besides the Greens are still backing Nord Stream II. Also, the Greens are in coalition in all but one of the eastern state governments, but their coalition partners at the state level very much want the pipeline, and so does the municipality of Berlin. The paper reports, “Berlin’s incumbent mayor Michael Müller (SPD) said he was ‘very much in agreement’ with his colleagues from Saxony, Saxony-Anhalt, Brandenburg, Thuringia and Mecklenburg-Western Pomerania that an exit would have ‘significant consequences’ for the energy supply.”

In other words, even the Social Democrats are still committed to the pipeline.

Ironically, the Green Party stance allies it with the Biden administration, which has tried to apply sanctions to discourage Nord Stream II.

The Süddeutsche Zeitung reported that the German federal government is disappointed by the Biden hard line. Daniel Brössler writes, “US Secretary of State Antony Blinken makes it clear that ‘every company that is involved in the Nord Stream 2 pipeline risks US sanctions and should immediately stop working on the pipeline.'”

Brössler implies that the government of Angela Merkel believes that Blinken sharp threats are a result of blackmail in Washington, D.C., by Sen. Ted Cruz, who was delaying Biden appointments like that of William Burns to the CIA and Wendy Sherman as deputy secretary of state until Blinken’s statement. In fact, Cruz wants to see actual sanctions imposed on companies involved in preliminary construction of the pipeline before he will vote for Sherman. Cruz wants to impose Texas natural gas on Germany instead of Russian.

The US government has long stood against the project, whose backers envisage bringing Russian gas to Germany and Europe more generally. Democrats have feared that the pipeline would give the Kremlin a veto over German foreign policy, since Russia could cut off energy supplies at will. Especially after the Russia occupation of the Ukraine’s Crimea and intervention in eastern Ukraine, the prospect of Vladimir Putin having that much leverage over Germany frightened many observers.

Trump, like Cruz, opposed the pipeline because he wanted instead to sell American natural gas produced by dirty hydraulic fracturing (“fracking”) to Europe. Fracking natural gas from underground rocks with high pressure water injection appears to release unusual amounts of methane as a by-product, and methane is a greenhouse gas on steroids. So if you had to import natural gas to Germany, Russian natural gas is probably a little less environmentally destructive than the Russian. For natural gas to enable Germany to retire its coal plants on an expedited time scale would reduce the country’s carbon dioxide emissions substantially. But the sunk costs of a major pipeline might lock Germany into using natural gas, which, although it is half as carbon intensive as coal, still is a major emitter. Wind and solar and other renewables are plummeting in price and if they are allowed to, may obviate the need for the pipeline in only a few years.

If the Greens do get any significant power in the next government they will almost certainly attempt to turbocharge wind and solar and to sideline natural gas in general, including American imports.