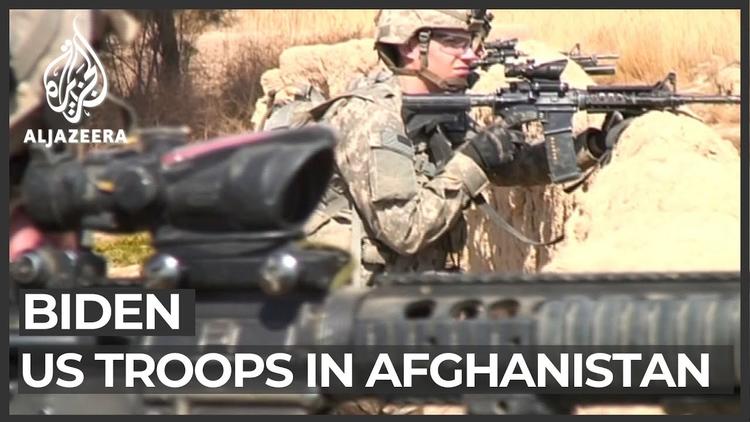 Belgrade (Special to Informed Comment) – Russia and the United States may be bitter geopolitical rivals, but sometimes, when they have a common interest they manage to act like partners. Even though the US President Joe Biden recently said that he believes his Russian counterpart Vladimir Putin is “a killer”, it did not prevent the American leader from sending the US special representative Zalmay Khalilzad to attend the Moscow summit on Afghanistan. What was the outcome of the peace talks held in the Russian capital, and what are Kremlin’s interests in the war-town country?

Russia is reportedly interested in a coalition transitional government in which the Taliban would take play a role commensurate with its real strength in Afghan society. There are, however, fears that the Kremlin’s actual goal in Afghanistan is to humiliate the US under Biden. Indeed, now that the Taliban is expected to return to power, it is quite questionable if America is ready to admit that thousands of US and Afghan troop, as well as large number of civilians, died in vain.

“It is important to sign an agreement that would serve the interests of all key ethnic and political forces of the country and determine the vector of its development,” said Russian Foreign Minister Sergey Lavrov, at the meeting on Afghan peace with the participation of China, the US, Pakistan, Afghan parties, and Qatar.

He also emphasized that the Afghan parties interested in the national reconciliation can reach peace only through negotiations and compromises. Moscow seems to be trying strike a balance between all the different forces at play in Afghanistan. Prior to the conference, Afghanistan’s foreign minister Mohammad Haneef Atmar made it clear that it is not acceptable for Russia to treat Kabul and the Taliban as equal partners. The Kremlin, on the other hand, is aware that the Afghan government is far from being completely independent, which is why Russian diplomats prefer to speak not only with officials of the Afghan administration, but also with local leaders, including the Taliban – an organization that is officially banned in Russia.

“The Taliban adhere to the agreement they signed with the US in February 2020 almost flawlessly, which cannot be said about the Americans. Not a single American soldier has died since the deal has been reached, while the US troops repeatedly hit the Taliban under various pretexts,” said Russia’s special envoy for Afghanistan Zamir Kabulov a month before the Moscow forum.

The US faces a May 1 deadline to withdraw its remaining 2,500 soldiers from Afghanistan under a February 2020 deal reached between the Trump administration and the Taliban. Russian officials are not quite convinced that the US will really leave Afghanistan.

“What we see today is such a periodic ‘go-stay, stay-go’ politics”, said Russian Defense Minister Sergey Shoigu, pointing out the seriousness of the situation with drug trafficking and drug production in Afghanistan which affects not only the war-torn country, but also neighboring countries that are Russia’s “closest friends” – Uzbekistan, Tajikistan, Kazakhstan and Kyrgyzstan.

Besides security issues and drug trafficking, it remains unclear what Russia’s strategic goals are in Afghanistan. It is believed that Moscow is trying to seize the diplomatic initiative from the United States, and also to increase its influence in the region. But why?

Ever since the breakup of the Soviet Union, energy has been the major driver for Russia’s foreign policy. Afghanistan does not have any significant natural gas and crude oil reserves, which puts the country in a position of secondary importance for Moscow. Still, the Turkmenistan-Afghanistan-Pakistan-India (TAPI) pipeline, that will transport natural gas from the Galkynysh Gas Field in Turkmenistan through Afghanistan into Pakistan and then to India, could improve Afghan’s geopolitical position. Since the pipeline was to pass through Afghanistan, it was necessary for both, Russia and the United States, to work with the Taliban. The Afghan movement vowed to support and protect the pipeline in areas under its control, and Moscow and Washington are expected to keep maneuver between the interests of the Taliban and the Afghan government.

However, according to Russian political analyst Peter Akopov in order to leave Afghanistan relatively peacefully, the United States will need Russia’s help.

“If Washington deceives the Taliban – who already control three-quarters of the country’s territory – and does not withdraw its troops, they will resume full-fledged hostilities against both the Kabul government and the American occupiers. The Taliban will need firm guarantees from the great powers that the withdrawal of American troops will really take place – wrote Akopov for Russia’s state-owned RIA-Novosti news agency, explaining Russia’s role in the Afghan peace process.

In other words, Russia’s task seems to be to convince the Taliban that a possible US refusal to withdraw troops would be just a temporary measure, and that Washington certainly has a new deadline for the end of the occupation.

The declared goal of the United States and Russia in Afghanistan is the same – to prevent extremist groups from turning the country into a safe haven for global terrorism after the withdrawal of the American troops. It remains to be seen if Moscow and Washington will keep cooperating in this direction, now that relations between the two countries are at the lowest point since the Cold War.