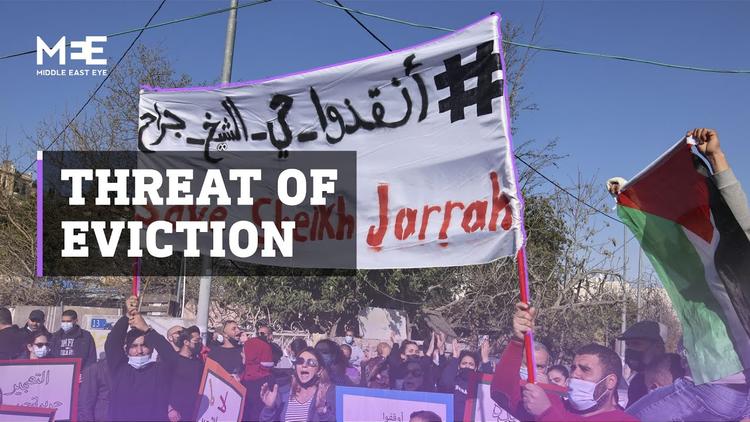 ( Middle East Monitor) – A Palestinian man, Atef Yousef Hanaysha, was killed by Israeli occupation forces on 19 March during a weekly protest against illegal Israeli settlement expansion in Beit Dajan, near Nablus, in the northern West Bank. Although tragic, this news reads like a routine item from occupied Palestine, where the shooting and killing of unarmed protesters is part of the daily reality. That reality, though, is part of a wider, more sinister development.

Since right-wing Israeli Prime Minister, Benjamin Netanyahu, announced in September 2019 his intention to formally and illegally annex nearly a third of the occupied Palestinian West Bank, tensions have remained high. The killing of Hanaysha is only the tip of the iceberg. In occupied East Jerusalem and the West Bank, a massive battle is already underway. On one side, Israeli soldiers, army bulldozers, and illegal armed Jewish settlers are carrying out daily missions to evict Palestinian families, displace farmers, burn orchards, demolish homes and confiscate land. On the other side, Palestinian civilians, often unorganised, unprotected and leaderless, are fighting back.

The territorial boundaries of this battle are largely located in occupied East Jerusalem and in so-called “Area C” of the West Bank — which covers nearly 60 per cent of the total area of the occupied territory — which is under complete and direct Israeli military control. No other place represents the perfect microcosm of this uneven war than the neighbourhood of Sheikh Jarrah in occupied East Jerusalem.

On 10 March, fourteen Palestinian and Arab organisations issued a “joint urgent appeal to the United Nations Special Procedures on forced evictions in East Jerusalem” to stop the Israeli evictions in the area. Successive decisions by Israeli courts have paved the way for the Israeli army and police to evict fifteen Palestinian families — 37 households of around 195 people — in the Karm Al-Ja’ouni area in Sheikh Jarrah as well as Batn Al-Hawa neighbourhood in the town of Silwan.

These imminent evictions are not the first, nor will they be the last. Israel occupied Palestinian East Jerusalem in June 1967 and formally, though illegally, annexed it in 1980. Since then, the Israeli government has vehemently rejected international criticism of the occupation, declaring instead that Jerusalem is the “eternal and undivided capital of Israel”.

To ensure that its annexation of the city is irreversible, the Israeli government approved the Master Plan 2000, a massive scheme that was undertaken to rearrange the boundaries of the city in such a way that it would ensure the permanent demographic majority of Israeli Jews at the expense of the city’s indigenous inhabitants. The Master Plan was no more than a blueprint for state-sponsored ethnic cleansing, which saw the destruction of thousands of Palestinian homes and the subsequent eviction of numerous families.

While news headlines occasionally present the habitual evictions of Palestinian families in Sheikh Jarrah, Silwan, and other parts of East Jerusalem as if it is simply a matter of counterclaims between Palestinian residents and Jewish settlers, the story is, in fact, a wider representation of Palestine’s modern history. Indeed, the innocent families which are now facing “the imminent risk of forced eviction” are re-living their ancestral nightmare of the Nakba, the very deliberate ethnic cleansing of historic Palestine in 1948.

Two years after the native inhabitants of historic Palestine were dispossessed of their homes and lands and ethnically cleansed, Israel enacted the so-called Absentees’ Property Law of 1950. The law, which has no legal or moral validity, simply granted to the State the properties of Palestinians who were driven out or fled from the war, to do with it as it pleases. Since those “absentee” Palestinians have never been allowed to exercise their legitimate right of return, as enshrined in international law, the Israeli law was state-sanctioned theft on a grand scale. It aimed ultimately to achieve two objectives: to ensure that Palestinian refugees do not return or attempt to claim their stolen properties in Palestine; and to give Israel a legal fig leaf for permanently confiscating Palestinian land and homes.

The Israeli military occupation of the remainder of historic Palestine in 1967 necessitated, from an Israeli colonial perspective, the creation of fresh laws that would allow the State and the illegal settlement enterprise to claim yet more Palestinian properties. This took place in 1970 in the form of the Legal and Administrative Matters Law. According to the new legal framework, only Israeli Jews were allowed to claim lost land and property in Palestinian areas.

Many of the evictions in East Jerusalem take place within the context of these three interconnected and strange legal arguments: the Absentees’ Property Law, the Legal and Administrative Matters Law, and the Master Plan 2000. Understood together, we can easily decipher the nature of the Israeli colonial scheme in East Jerusalem, where Israeli Jewish individuals, in coordination with settler organisations, work together to fulfil the vision of the State.

In their joint appeal, Palestinian human rights organisations describe how the flow of eviction orders issued by Israeli courts culminate in the construction of illegal Jewish settlements. Confiscated Palestinian properties are usually transferred to a branch within the Israeli Ministry of Justice called the Israeli Custodian General. The latter holds on to these properties until they are claimed by Israeli Jews, in accordance with the 1970 Legal and Administrative Matters Law. Once Israeli courts honour Jewish individuals’ legal claims to the confiscated Palestinian lands, these individuals often transfer their ownership rights or management to settler organisations. In no time, the latter utilise the newly-acquired property to expand existing settlements or to start new ones. All settlements are, of course, illegal under international law.

While the Israeli State claims to play an impartial role in this scheme, it is actually the facilitator of the entire process. The final outcome manifests in the ever-predictable scene, where an Israeli flag is triumphantly hoisted over a Palestinian home and a Palestinian family is assigned a tent from the UN and a few blankets.

While the above picture can thus be dismissed by some as another routine, common occurrence, the situation in the occupied West Bank and East Jerusalem has become extremely volatile. Palestinians feel that they have nothing more to lose and Netanyahu’s government is more emboldened than ever. The killing of Atef Hanaysha, and others like him, is only the beginning of an imminent and widespread confrontation.