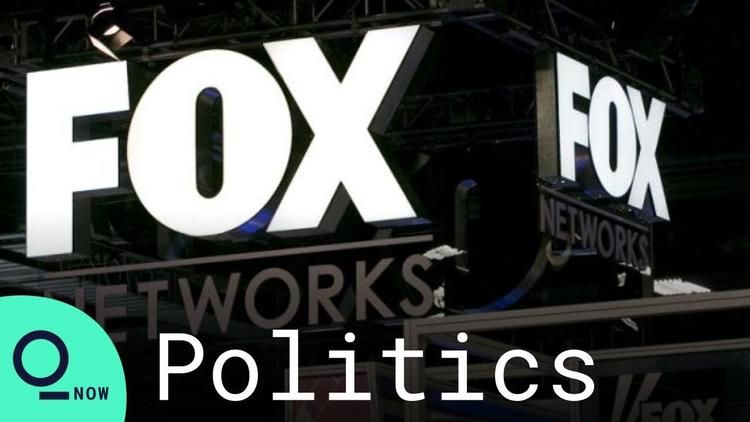 Free speech advocates have long believed that suing a news organization threatens free speech. Democracy needs a press to be free to report, without fear or favor, the facts as it sees them.

But recent legal actions against news organizations indicate that the First Amendment provides sufficient free speech protection, even when punishing lawsuits are filed against the press.

Dominion Voting Systems sued Fox News in a $1.6 billion defamation lawsuit on March 26 over the network’s airing of false claims that the election had been stolen by Joe Biden with the help of Dominion.

“Fox endorsed, repeated, and broadcast a series of verifiably false yet devastating lies about Dominion,” the company’s said in its lawsuit.

Earlier this year Smartmatic, a little-known voter technology firm, sued cable channel Fox News for US$2.7 billion alleging defamation for baseless reports of fraud in the November 2020 election. One day later Fox News canceled “Lou Dobbs Tonight,” a program hosted by a staunch supporter of Donald Trump and repeater of his false assertions of voter fraud. Fox even broadcast fact-checking reports debunking its own anchors’ false claims about electoral fraud.

Smartmatic also threatened to sue another news outlet, Newsmax, for large sums unless it retracted defamatory statements that claimed Smartmatic software was used to change votes cast in the presidential election. Newsmax backpedaled by publishing the retraction that “No evidence has been offered that … Smartmatic used software or reprogrammed software that manipulated votes in the 2020 election.”

So, does the fear of losing money in a lawsuit dictate what news organizations will report and what they won’t?

No. As a former journalist and now scholar and practitioner of media law, I believe there are enough safeguards built into First Amendment jurisprudence to shut down liars and still protect robust debate of opposing viewpoints in America.

In a landmark First Amendment case almost 60 years ago, New York Times v. Sullivan, the U.S. Supreme Court decided that in the rush to gather and disseminate news, it is understandable that a news reporter may miss an important fact or interpret something wrong. Because preserving a free and robust exchange of ideas is vital to democracy, the court said it is worth the risk that some falsehoods may mistakenly be printed, and the press shouldn’t be punished for it.

Thus, when a well-known person or company brings a defamation suit against a news organization, they must have a very strong case or they will lose. Defamation law heavily favors a media defendant.

To win, it is not enough to prove the news outlet published falsehoods, even if the plaintiff suffered significant damage to their reputation. Plaintiffs must prove the news organization published information even with the “knowledge that [a statement made] was false or with reckless disregard for the truth.”

Realistically, it means it is not worth suing a broadcaster or newspaper for defamation unless the lie is egregious, the damage to reputation is severe and the evidence of the news organization’s intention or recklessness in publishing the story is practically undeniable.

That is a steep hill for plaintiffs to climb.

But courts draw the line when a news organization publishes untruths that could have been adequately checked for accuracy, but reporters or editors carelessly or knowingly shirked their duty to do so.

That is the linchpin of Smartmatic’s claim against Fox News. The lawsuit states Trump lawyers Rudolph Giuliani and Sidney Powell made the case for election fraud for weeks as frequent guests on Fox programs, but rather than fact-check those false claims, the lawsuit alleges, “Fox joined the conspiracy to defame and disparage Smartmatic and its election technology and software.”

When Giuliani and Powell were asked to produce actual evidence of voting fraud involving the company, none was forthcoming, but Fox published their claims anyway. And Smartmatic sent the network a letter before the lawsuit was filed asking it to issue “a full and complete retraction of all false and defamatory statements and reports.” In response, the network aired several times an interview with a voting technology expert who debunked the claims of fraud, but it is not clear whether a two-and-a-half-minute interview was enough to undo months of broadcasting inflammatory and baseless claims of election fraud.

Free speech advocates may complain that disgruntled plaintiffs sometimes sue not because information reported about them is untrue, but rather to silence a news outlet that they know cannot afford to defend the lawsuit.

But there is a legal remedy for this, too. The District of Columbia and 30 states have laws, called anti-SLAPP statutes – SLAPP stands for “Strategic Lawsuit Against Public Participation” – that allow a defendant to get a case dismissed early in litigation and get paid attorneys’ fees and costs if the published speech is true and a plaintiff is suing just to silence the publisher.

It is an effective tool journalism organizations can use to defend themselves against bullying plaintiffs. Depending on the state, the effectiveness of anti-SLAPP statutes and who is allowed to assert them can vary.

Suing over illegal speech is a slow and expensive process. Nevertheless, defamation suits lodged against Fox News and threatened against Newsmax for false reports of fraud in the November 2020 election managed to quickly curtail misinformation spread by news networks, where years of excoriating criticism by public pressure campaigns and advertising boycotts did not.

It is enough to prompt First Amendment advocates to rethink whether defamation lawsuits may be a valuable tool to protect – rather than a scourge that hinders – the dissemination of free speech and truth in American discourse.

This is an updated version of an article originally published on May 17, 2021.