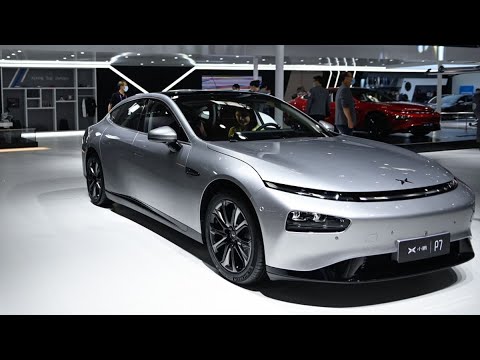 Ann Arbor (Informed Comment) – 60 percent of new cars sold in China in 2030 will be electric, according to Switzerland’s UBS bank. And by 2040 the only new cars on the market globally will be electric, the bank predicts. So report Daniel Ren and Pearl Liu for the South China Morning Post.

The forecast is more optimistic than China’s own projections, but is based on an expectation that Chinese electric vehicle supply chains will ramp up rapidly and efficiently.

The bank expects battery costs to plummet, so that by 2025 an electric car will not cost more than the same model with an internal combustion engine.

China has several competitive electric vehicle companies. Wuling Motors, a joint venture of the Chinese government and the US’s General Motors, has produced a $4,500 mini-compact electric car that is outselling the Tesla 3 in China by 2 to one. The Hong Guang Mini seats 4 and has a range of about 100 miles, only a third of that of the Tesla 3. So reports Marcia Wendorf for Interesting Engineering. But studies show that for most people the typical auto ride is only 5 miles.

But there are a whole range of electric vehicles produced or planned in China. Nio will bring out in 2022 its high end competitor for the Tesla S, the ET7 Sedan, which will get 620 miles on a charge. Since range anxiety seems to be one worry holding up electric vehicle sales at the moment, this doubling of EV range could be a game changer. My father lives 525 miles away, and I’d be able to get there with a single charge in this new NIO.

UBS is estimating that 25 percent of new cars sold in China will be electric or plug-in hybrid by 2025, in only four years. And then by 2030 they think it will be 3 in 5.

If UBS is right that EVs are about to come on like gangbusters, the implications for the Middle East (and Texas!) are stark. Iran, Saudi Arabia, Iraq, the United Arab Emirates and Kuwait could face a rapid decline in revenue, as gasoline sales plummet because people are filling up on electricity.

China already has more fast-charging electric stations than any other country.

One reason the Biden administration should not invest a huge amount of effort in Middle East military and diplomatic endeavors is that the region will likely be much less important to the U.S. in just ten years.

My guess is that power will shift back to the more populous countries like Egypt and Turkey and away from the small Gulf principalities. Without oil money to bribe elites and people, the authoritarians may be in trouble, and, who knows, there could be a move toward more democracy in the Middle East. Oil money buys crowds and buys off the public. It might not be there much longer.