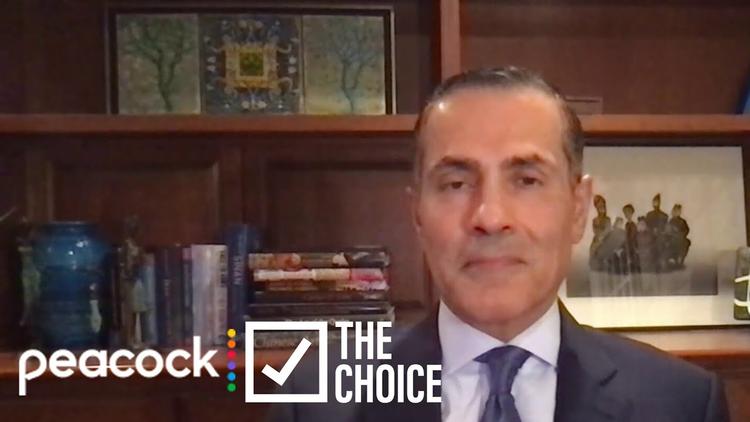 On the campaign trail, Joe Biden pledged that if elected he would quickly return the United States to the Joint Collective Plan of Action (JCPOA), also known as the Iran nuclear deal.

But negotiations have been slow to materialize, and with Iran’s presidential elections scheduled to take place in June, the window of opportunity may be closing. If Biden does not make a deal soon, he risks getting mired in the convoluted machinations of Iran’s domestic political system and sucked back into the brinksmanship that began under Donald Trump’s administration.

Just this week, Iran restricted International Atomic Energy Agency access to nuclear sites, and the United States attacked Iranian targets in Syria. No doubt neither side wants war, but games of chicken are never easy to control.

At the moment, political conditions in Tehran are favourable for a settlement. Iran’s current president, Hassan Rouhani, has said his country is ready to quickly rejoin the JCPOA, on the basis of compliance for compliance — meaning both sides return to their obligations as originally spelled out in the 2015 agreement.

Rouhani even has the go-ahead from the regime’s Supreme Leader, Ayatollah Ali Khamenei, who is the ultimate arbiter of power in the regime.

All this means reaching an agreement on a new nuclear deal isn’t going to be a cakewalk. There’s still the question of who needs to make the first move, Washington or Tehran. But the remaining issues could all be finessed, particularly with the help of a country like Qatar, which has volunteered to mediate.

Unfortunately, these conditions are unlikely to last for more than a few months. Presidential elections are scheduled for June 18, at which point Rouhani will leave office after finishing his second term. Like the U.S., Iran puts a two-term limit on its presidents.

Campaigning will start even before that, probably in April or May, once the candidates have been vetted by the Council of Guardians, a clerical body tasked with ensuring candidates are loyal to the regime. At that point, Iran’s political elite will be consumed with domestic politics, and whatever talks are in progress will likely have to stop.

There are plenty of potential candidates, but no real favourites, and until the Council of Guardians rules, no one really knows who will be allowed to run.

Prior to Biden’s election win, many pundits were predicting a win by the hardliners. They had swept the 2020 parliamentary elections and the stagnation of the JCPOA seemed to leave the moderate camp directionless. However, after Biden’s win, momentum seemed to swing back towards the moderates.

That analysis though, was predicated on a swift return to the JCPOA. If the negotiations stall, or Biden plays hardball with Iran, the moderates may once again be in trouble.

Some Iran watchers might argue that it really doesn’t matter. As already noted, the candidates are drawn from a narrow pool of regime loyalists and the real power remains in the hands of the Supreme Leader. Therefore, it will be Khamenei who decides if Iran negotiates, not the new president.

This argument is not so much wrong as over-simplified. There are significant divisions between hardliners and moderates concerning the JCPOA.

The hardliners in Tehran have been just as critical of the deal as the hawks in Washington, Riyadh and Tel Aviv. They did not expect the U.S. would live up to its JCPOA obligations and argue that Biden is no less anti-Iranian than Trump.

It is true that a hard-line president could not refuse to negotiate if Khamenei so ordered, but the dynamics of the process would be significantly different if the Iranian president was, at best, ambivalent about the outcome. Perhaps even more importantly, the optics of negotiating with a hardliner would be difficult for Biden to manage at home.

If a new Iranian president took the same ideological tone as former president Ahmadinejad, for example, Biden would probably be forced to withdraw from negotiations. At the very least, it would make it very difficult for his team to offer any compromises.

So far, the new U.S. administration is sending mixed messages about its intentions. Biden recently said he was willing to sit down with Iran immediately, along with the United Nations Security Council and France and Germany. However, in January, Secretary of State Anthony Blinken suggested that the administration wanted to expand the scope of the negotiations and foresaw a drawn-out negotiating process.

It’s possible that Blinken’s comments represent nothing more than pre-negotiation posturing. If so, Biden must not to wait too long before getting down to the real business of substantive talks. If, however, Blinken’s remarks are an accurate reflection of the administration’s thinking, Biden is trading a relatively quick foreign policy win for a much more perilous path.