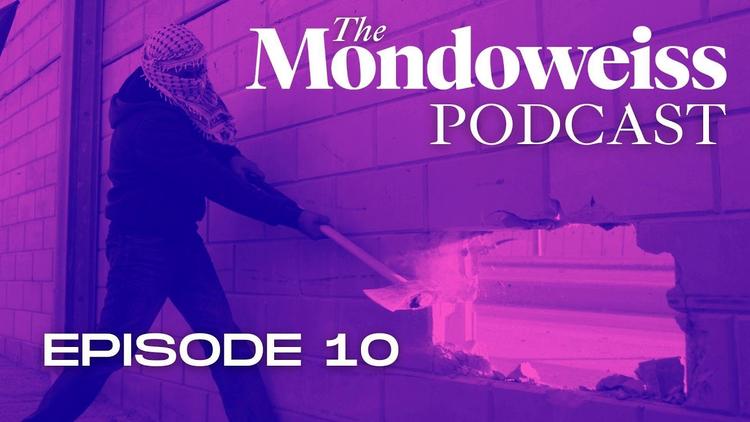 ( Center for Constitutional Rights) – March 30, 2021, Washington, D.C. – A federal judge dismissed a lawsuit filed by the Jewish National Fund (JNF) and others against a U.S.-based Palestinian rights organization. The JNF had accused the US Campaign for Palestinian Rights (USCPR) of engaging in “material support for terrorism,” citing their speech and expressive activity, including their support for the Palestinian Boycott, Divestment and Sanctions movement. The JNF—a quasi-state institution in Israel that acquires and administers land for the sole benefit of the Jewish people—also sought to hold the USCPR liable for their participation in the “Stop the JNF” campaign, an advocacy campaign that sought to highlight the JNF’s own unlawful and discriminatory practices.

In an opinion handed down yesterday afternoon, the court characterized the plaintiffs’ arguments as, “to say the least, not persuasive.”

“We have been looking forward to this day and welcome the court’s decision,” said Ahmad Abuznaid, USCPR Executive Director. “This should reinforce to all advocates of freedom for the Palestinian people that we will not be silenced, siloed, or stopped. Justice for all is the only way forward.”

Attorneys say the lawsuit was replete with outlandish allegations of guilt by association, seeking to hold USCPR liable for acts it has no connection to, including “incendiary terror balloons and kites” sent from Gaza during the Great Return March, in which Palestinians protested to demand their internationally protected right to return to the villages from which they were expelled in 1948. By contrast, specific acts alleged against USCPR consisted of wholly lawful activity to achieve lawful ends: expressing support for the Great Return March; serving as a fiscal sponsor for BNC (Boycott National Committee); and participating in a campaign to end support for the JNF. Detailing social media posts of non-defendants with which USCPR is allegedly affiliated—posts that themselves did not advocate unlawful activity—JNF and the other plaintiffs argued that USCPR’s expression constituted “material support” for terrorism, and trespass, public nuisance, and tortious interference with JNF’s business relationship—a conclusion the court roundly rejected today by dismissing the case.

“The smearing of human rights advocates as terrorists is a troublingly common and dangerous tactic. The JNF’s complaint perversely cites our clients’ human rights advocacy in an attempt to support their ultimately fruitless effort to hijack U.S. courts,” said Diala Shamas, a staff attorney at the Center for Constitutional Rights. “We are glad the court did not let these meritless claims stand, and we hope this marks a turning point that discourages private actors seeking to weaponize terrorism laws to silence their critics.”

Lawyers say the lawsuit was part of a broad and growing pattern of suppressing activism in support of Palestinian rights, a phenomenon that the Center for Constitutional Rights and the organization Palestine Legal have documented and called the “Palestine Exception” to free speech. The organizations report the widespread use of administrative disciplinary actions, harassment, firings, legislative attacks, false accusations of terrorism and antisemitism, and baseless legal complaints. Palestine Legal has responded to 1,707 incidents of suppression targeting speech supportive of Palestinian rights between 2014 and 2020. See their2020 Year in Review.

Today is the third anniversary of the start of the Great Return March, and Land Day, which commemorates the 1976 general strike and marches by Palestinians protesting further Israeli annexation of their land.

The Center for Constitutional Rights is counsel in JNF v. US Campaign for Palestinian Rights with cooperating counsel Judith Chomsky, Beth Stephens, and Michael Deutsch.

USCPR is a national network of activists and organizations who are committed to freedom, justice, and equality for the Palestinian people and who work to end U.S. complicity in their oppression. USCPR is a political home for all who believe that freedom for the Palestinian people is an integral part of achieving our collective liberation. We provide resources and strategic support to the U.S.-based Palestine solidarity movement, channeling grassroots power into positive change in U.S. policy and public opinion. We work with local organizers and activists, policymakers, movement leaders, media, and advocacy organizations to advance a rights-based, and accountability and justice-oriented framework from the U.S. to Palestine. Follow the US Campaign for Palestinian Rights on social media: USCPR on Facebook, @USCPR_ on Twitter, and @uscpr on Instagram.

The Center for Constitutional Rights works with communities under threat to fight for justice and liberation through litigation, advocacy, and strategic communications. Since 1966, the Center for Constitutional Rights has taken on oppressive systems of power, including structural racism, gender oppression, economic inequity, and governmental overreach. Learn more at ccrjustice.org.

Via Center for Constitutional Rights