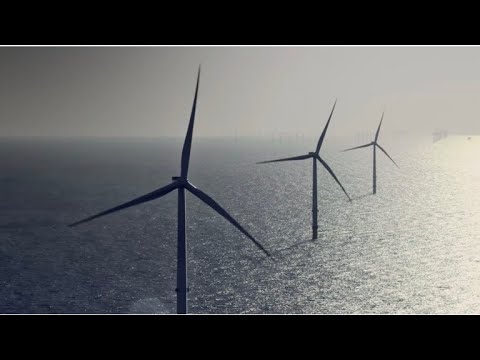 Ann Arbor (Informed Comment) – In 2011, Scotland’s government, urged on by visionaries like Richard Dixon, set itself the ambitious goal to get 100% of its electricity from renewables by 2020. At that time, it only only got about a fourth from clean energy sources, and a lot of that was hydro.

The report card is in for 2020 and Scotland generated 97.4% of its electricity demand from renewables last year, just a whisker less than the 100% goal.

Scotland will host the COP26 climate summit in Glasgow in a few months, and is well placed to assert climate leadership.

Scotland no longer has a coal plant, and its one natural gas plant is under-utilized and seems likely to close in a few years.

Some 70% of Scottish electricity now comes from onshore wind farms. The rest is from hydroelectricity (15.8%), offshore wind and solar. Scotland still has vast hydroelectric potential and some of it may be used for pumped hydro storage (you use wind to drive water uphill and hold it there until you need it, then release it to make electricity when the wind dies down).

I’m glad to be corrected if I am wrong, but I believe that Scotland is the first industrialized country to reach this near-100% renewables landmark for electricity production mainly from wind and solar.

Norway gets 98% of its electricity from renewables, but heavily depends on hydroelectricity. Ironically, both Scotland and Norway are oil states, but they nevertheless have made a push to drop hydrocarbons.

Offshore wind is also beginning to generate substantial electricity, and Scotland is constructing two gigawatts more of it right now. Some 14 gigawatts in permits for further renewables have been granted by the government.

The Seagreen wind farm off Scotland will be finished in 2022 and will generate enough electricity for 1.5 million households (see video below). Actually, since the households are more or less covered, maybe it can heat the homes as people switch to electric furnaces.

Electricity is only one kind of energy that a country consumes. Transportation by internal combustion vehicles is typically responsible for about 28% of carbon dioxide emissions, and the heating commercial and residential buildings accounts for 29%. Scotland now wants to press ahead on these other fronts.

Scotland now gets about a quarter of its over-all energy demand from renewables, Its leaders want to double that to 50% in 2030.

At the moment, only about ten percent of Scotland’s heating demand is met by renewables. So electrifying heating and transportation and increasing renewables capacity are the next big steps.

I should declare my interest that one of my grandfathers was a McIlwee, and so I am especially proud of the responsible Scottish politicians who have shown the world how greening a G20 economy can be done, in short order. There is a lot more to be done, and social equity to be achieved by transitioning oil workers to other good-paying jobs.