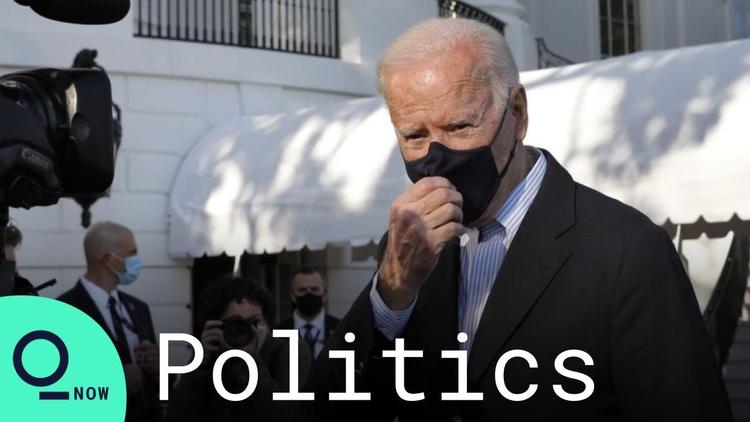 Jeff Stein and Tyler Pager at WaPo report that $500 billion of the proposed $3 trillion Biden infrastructure plan, or 16 percent, will be devoted to dealing with climate change. They write,

“The infrastructure component is expected to include $400 billion in spending to combat climate change, including $60 billion for infrastructure related to green transit and $46 billion for climate-related research and development. The plan also would aim to make electric-vehicle charging stations available across the country.”

Some environmental groups are upset that fighting climate change will be only 16 percent of the plan, but $500 billion devoted to greening America now could be a fulcrum to lift and change our entire future. Moreover, green objectives can be built into the infrastructural projects– with more efficient energy use or requirements for use of solar panels, e.g. Biden campaigned on $2 trillion for greening America, and it is possible that he envisages more of this money as helping in that project than is now being reported.

As for the inevitable complaints about the cost, this is a country that spent $1.5 trillion on the development of a single fighter-jet, the F-35. So give me a break. There seems always to be money for destruction. We need to spend money instead for life, the life of the planet.

Much of the rest will be devoted to rebuilding roads, bridges and public buildings, many of which are falling down. Of 617,000 bridges in the US, some 46,154, or 7.5% are deemed “structurally deficient,” which I take it is a fancy way of saying that they could fall down any time. But 180 million trips are taken over those all-but-falling-down bridges every single day. Repairing them would cost $125 billion, which frankly isn’t that much. The odious Trump had run in 2016 on a big infrastructure renewal plan, which like everything else he says was mere hot air. He was going to make our airports like the one in Dubai, remember. Then he decided to give himself and his billionaire cronies a $1.5 trillion tax cut instead. If you reduce government income, you make it even less able to repair bridges.

If the Democrats just empower the IRS to collect the $1.4 trillion a year in taxes that the super-wealthy avoid paying (they hide an estimated fifth of their wealth from the IRS), the billionaire deadbeats could pay for the Biden plan in just two years. It would also help if the Dems reversed the massive Trump tax cut on the super-wealthy, which studies show did not much benefit the middle and working classes. In fact, foreign investors are among the big beneficiaries.

Some of the $3 trillion would produce new economic activity that would increase government tax receipts.

$46 billion devoted to research and development on ways to green the economy will produce new or improved technologies. Superior and inexpensive US solar panels or batteries produced by this massive R&D investment will not only save consumers enormous sums but will be sold abroad, restoring some of America’s manufacturing sector and increasing income from exports. Right now, the US exports few solar panels, but Biden could change that all around.

It has been argued that China became the dominant exporter of photovoltaic cells in the world by subsidizing the industry, discouraging innovation. Prices fell and some efficiency was gained. But China hasn’t made a big research and development investment in improving the technology, That is, prices could have fallen and efficiency could have risen higher in a less subsidized environment or in one that one country did not dominate.

Biden can step into this gap.

Moreover, the $400 bn for greening our power could promote offshore wind in a big way, a power source that could cover 90% of America’s projected 2050 energy needs all by itself.

Big government programs can jump start innovation. The NASA moonshot required the development of computer-controlled navigation for the modules, a technology that is now in all airplanes and increasingly in automobiles. Cruise control, anti-lock brakes and “electronic stability control systems” all came out of this NASA innovation.

That is, when you see $46 billion for climate-related research and development, you should see new factories blooming.

Some of the $400 billion to combat climate change can be used to move the US steel industry to green steel, using electric arc smelting instead of dirty coal-fired. That development would in turn greatly reduce the carbon intensity of electric vehicles. The European Union may begin taxing imports on the basis of how much carbon dioxide was emitted in their construction. If the US has dirty steel, the industry’s exports over time could be further hurt.

One of the big challenges for green transportation and for grid stability in renewable electricity generation is battery technology. The lithium-ion battery has drawbacks. Private firms are already seeking the holy grail of solid state lithium metal batteries. The latter would be cheaper and have a much longer range. Some of Biden’s $46 billion in R&D funding could turbocharge the quest for better, cheaper, more capacious batteries, a necessary step if we are to decarbonize transportation and electricity production rapidly.

If America has the breakthrough in battery technology, it will sell the cheap, long-lasting, powerful batteries, along with the electric vehicles that use them, around the world, which, again, would expand the US manufacturing base and help reverse the long term problem of trade deficits.

If this plan materializes, color me excited and optimistic.

Bloomberg: “Biden Administration Considering Up to $3 Trillion for Next Economic Plan”