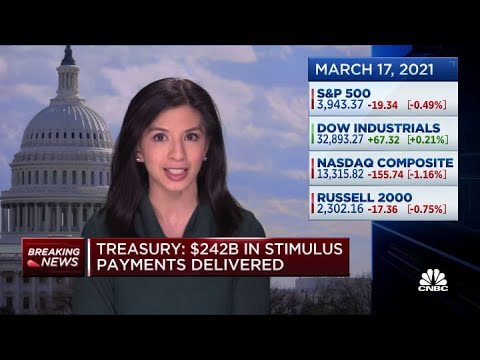 Corporate media now portray you as on of the most powerful politicians in DC. Hard bargaining on the amount and length of unemployment insurance chopped 100 dollars a week off the compensation workers will receive. This compromise, which you defended on the grounds it would curb Republican obstruction and keep money flowing to the unemployed, still did not win a single Republican vote. Worse still, although the $100 a week reduction may seem a minor matter to you it is exceptionally burdensome to the many workers in today’s economy who stand on the threshold of poverty.

One of your concerns, shared by arch-conservative Senator Lindsey Graham, is that generous unemployment relief would incentivize workers to leave the workforce and sit around watching TV at home. Do you really think that workers are unemployed because they have stopped looking for a job? Why even look for a job when there are no jobs to be found?

Your concerns about workers leaving the workplace reveal an appalling ignorance of the demands and inequities of the labor market.

Your hard bargaining on unemployment insurance may seem like an act of fiscal responsibility and hard-headed realism. Instead it reflects ignorance of the real situation of many even middle class workers and the discipline imposed by the current labor market.. Wheaton College economist John Miller argues that a job, even in today’s economy, “is more secure than enhanced unemployment benefits, and over time will pay more than unemployment insurance benefits. State unemployment benefits expire in less than a year, and in most states they expire within 39 weeks.”

What I would add to Miller is that worker concern to hold a job and forego the expanded unemployment benefits is fully rational. State governments too often play a low road competitive strategy that includes attempts to cut unemployment compensation and workman compensation.

Others who share your concerns about an overly generous government policies, the so-called fiscal hawks, believe that the rebound is will under way and that government is pumping money into an economy closing in on capacity. Uncontrolled inflation may be the result. At the very least once inflation rears its ugly head and becomes a regular player it builds on itself. Workers demand higher wages, employers have to raise prices causing more inflation.

Claudia Sahm, Director of Macroeconomic Policy, Washington Center for Equitable Growth has shown the gaps and improbable events in this horror scenario::. Federal government economists have a history of underestimating the economy’s full potential and overestimating current GNP. Thus the economy is viewed as closer to an inflection point than it proves to be.

Inflation hawks of course are drawing on their recollections of early seventies stagflation, and they view organized labor as one of the villains in the story. Hawks worry that Chairman Powell will wait too long to raise interest rates and curb labor demands. I worry that he will shut the party down too soon, especially if high levels of employment empower labor to gain real wage increases or even, God forbid, to organize. As Sahm points out the Fed has a forty- year history of obsessive fears of inflation.

This obsession has had tragic consequences. Wolf Richter argues:”Long-term, the Employment Population Ratio is one of the most dismal two-decade trends out there. The ratio drops during each recession – that much is normal – but until 2000, the ratio more than recovered each time. In the three recessions since 2000, it never fully recovered before the next recession hit, a testimony to companies trying to bring their costs down by sending work overseas or automating it away:”

This is not an abstract academic argument. Low rates of inflation and the accompanying policies benefit the wealthy and hurt debtors, who are usually poor. Nor is it only the poor who suffer. Even many of the middle class live from paycheck to paycheck, and the possibility of premature economic tightening adds to the general insecurity of our era.

Inflation hawks point to how aggregate employee compensation is back on track. But as Salm argues “narrowly focusing on aggregates is the wrong way to judge the current situation among families. The need remains widespread and urgent. According to the U.S. Census Bureau, half of U.S. families lost employment income last year and less than one fifth received jobless benefits. Millions are behind on paying their rent, mortgage, and student loans. Food banks remain under stress. The breadth of suffering and the gaping holes in our safety necessitate broad relief. “

Senator, lets not repeat the mistakes of the past.

The world has changed over time and disinflationary pressures now persist. Globalization both in practice and as a threat tempers inflation. Labor remains far weaker than in the seventies. Although one cannot totally rule out inflation, tools for dealing with it are available and effective. The greater risk is that personal experiences decades ago and improbable horror scenarios will inflict needless harm on an already desperate nation.

CNBC: “Treasury sends out 90 million stimulus payments, worth about $242 billion”