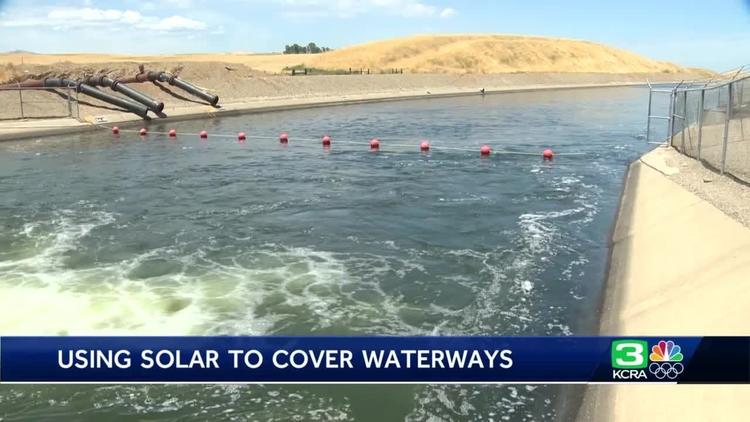 The main grid does not cover Los Angeles County. On the other hand, these figures do not include the electricity generated by the Diablo Canyon nuclear plant, which is not counted as renewable but which is also very low-carbon.

Roth says that for much of Saturday afternoon, solar and wind did the heavy lifting in making the state’s electricity, with a lesser contribution from geothermal, hydro and biomass. It was mainly solar that generated 17 gigawatts for several hours straight from about 11 am until 6 pm.

California has a power-sharing deal with nearby states, but that afternoon the Golden State became a net exporter of electricity, borrowing none from neighbors.

The spring is easier for the California grid. It is pleasantly warm but not scorching hot and there isn’t as much air conditioning use. August through October are more challenging, and last year there were rolling brown-outs because demand outstripped supply for a short period. California officials have ordered that the grid capacity grow 8% to avoid a repeat.

David R. Baker at Bloomberg writes that the state has swung into action, aiming to put in 1.7 gigawatts of battery storage. The latter will allow it to save some of the electricity generated by sunlight during the day for the late afternoon and evening, when the blackouts were worse last year. That is more battery capacity than is possessed by the entire country of China.

For all the progress it has made, California’s energy is still quite dirty. Electricity is only one sort of energy. Most of California’s cars burn gasoline and it has a lot of diesel back up generators. It is the country’s seventh-largest producer of petroleum.

Governor Gavin Newsom, however, has announced a ban on hydraulic fracturing for 2024. He wants all California oil production to cease by 2045 (which isn’t soon enough).

Governor Gavin Newsom’s climate goals are ambitious. So too are those of many California municipalities. Sacramento, for instance, aims to get 90 percent of its electricity from renweables by 2030, which will involve closing two natural gas plants and replacing them with wind and solar. The city will make a big push for rooftop solar. Sacramento has some of the dirtiest air in the nation, and at the moment 50% of its electricity comes from fossil fuels.

KCRA News: “How a study says California can save water — and generate electricity”