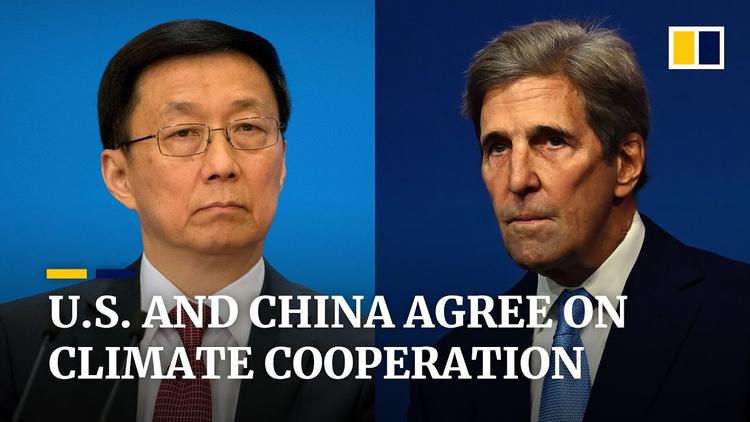 ( China Dialogue ) – They say don’t mess with Texas, but Mother Nature didn’t get the memo.

A surprise winter storm killed at least 111 people in March, when rolling blackouts left several million Texans without power for several freezing days. Their misery came just a few years after Hurricane Harvey put a US$125 billion crater in the state’s economy. Harvey remains second only to Hurricane Katrina on the list of the most expensive natural disasters in US history.

Texas is a microcosm of a larger problem. Americans are proud of their harsh climates and wild weather. But events over the past decade have put what once seemed like a hazy prospect starkly into focus: severe physical climate impacts have already arrived. With its long coastlines and windswept interior, the United States is more vulnerable to natural disasters than most other developed countries.

Just in the past decade, severe weather events have become increasingly frightening. Superstorm Sandy plunged New York City into darkness and caused almost US$70 billion worth of damages in 2012. Since then, a seemingly endless march of wildfires has blazed across California, forcing evacuations from some of the world’s priciest neighbourhoods. Eight of the ten largest fires in California’s history have burned in the past decade. Things are just as alarming inland. The megadrought in the American Midwest has received less attention, but it could be the worst in over a thousand years. These disasters are extremely costly. Last year alone there were 22 separate US$1 billion or more extreme weather events, totalling almost US$100 billion, breaking the previous record of 16 events in 2017 and 2011.

According to the latest US National Climate Assessment, things are about to get worse. Rising temperatures combined with more frequent and severe storms will disrupt water supply, food production and distribution, energy and transportation, public health, international trade, and national security. Property owners should be worried. Storm surges from hurricanes in Florida already cost tax payers US$2 billion every year. Losses from flooding could knock up to US$80 billion off coastal properties by 2050.

The US already spends big money recovering from climate-driven natural disasters. If the cost gets too high, it could ultimately impact the country’s sovereign credit rating, one of the reasons the US can borrow money so cheaply. The credit rating agency Moody’s warns that “climate change would have a growing negative impact on the creditworthiness of US state and local insurers.” Some communities in the US have already been downgraded due to the lost tax base from natural disasters, if homes and businesses are destroyed. This makes it harder for them to rebuild.

You might think that this litany of doom would have the government springing into action. Yet despite the gathering storms, science and sovereign risk, federal policy in the US falls far short of what’s needed. The Federal Emergency Management Administration (FEMA) has admitted it lacks the resources to respond effectively to disasters. As flood risk has skyrocketed, the National Flood Insurance Program has struggled with massive debt and is still using outdated risk assessments. Most disaster relief spending has been approved by Congress as supplemental packages after the disasters have happened, rather than being planned into the federal budget beforehand.

The Obama administration made some headway on the issue. In 2011, the National Disaster Recovery Framework (NDRF) established a common platform to help communities plan for and recover from natural disasters. Obama also signed an Executive Order on Climate Preparedness in 2013 that told federal agencies to help communities strengthen their resilience to extreme weather and prepare for other impacts of climate change. But the Trump administration scrapped most of these plans.

States and cities couldn’t afford to wait for federal help while Trump was in office. But in most cases, they also couldn’t manage on their own. There were a handful of innovative approaches: Superstorm Sandy prompted New York City’s Climate Resilience Plan, and California has an Integrated Climate Adaptation and Resiliency Program (ICARP). But they are the country’s wealthiest city and wealthiest state. Most places don’t have that level of resource. Even after the fires in California, little spending has been on prevention.

The Biden administration has a chance to get to grips with the problem, and seems to be picking up where President Obama left off. One of President Biden’s first executive orders was on preparing for and adapting to the impacts of climate change. His US$2 trillion infrastructure plan includes US$50 billion to improve resilience to climate change, focusing on critical infrastructure including electric grids, food systems and protection of vulnerable communities from extreme events. Of course, it needs to get through Congress, which is a high bar these days.

It’s a start. There are a few things the administration should do to go even further.

First, on preparedness. Federal disaster spending should be informed by credible climate scenarios. Any piece of critical infrastructure should have a planning assumption and be climate-proof against realistic levels of global warming. It doesn’t make sense to build a road that will be flooded in under a decade.

Second, on prevention. There should be more of a balance between disaster response and disaster risk reduction and prevention. For example, building to higher standards to help climate-proof critical infrastructure. The government should also take steps to recognise the benefits of climate resilience to America’s broader macro-economic stability.

Third, on partnerships. The US should step up efforts to work with other countries and institutions on climate resilience and disaster risk reduction. The World Bank has found that focusing on building back better after storms can reduce the impact on people’s livelihoods and wellbeing by as much as 31%. The US could make a new financial commitment to help countries vulnerable to disasters to continue investing in their own climate-resilient development.

The last point – that America should look beyond its borders – is critical. Climate resilience has historically been considered a local problem in need of local solutions. But given the interconnected global economy and supply chains, the fact is that climate-driven disasters have global repercussions. A tonne of carbon released anywhere in the world is a problem for everyone. Rising carbon emissions are contributing to more severe impacts and more need for disaster response capabilities and resources. At some point, impacts may become unmanageable. So any good climate and disaster risk plan must include lowering emissions.

Which brings us to China. Like those of the US, the leaders of the world’s largest greenhouse gas emitter have acknowledged that the country is one of the most vulnerable to the deadly impacts of climate change. If China fails to peak and then dramatically reduce its emissions, US efforts to improve its own disaster response and prevention policies will fail as well.

Tensions have been growing between the US and China on everything from trade to Taiwan. But climate is now a central geopolitical and foreign policy issue, and progress there could serve as a solid basis for better relations. The world needs action from the US and China to avoid climate catastrophe. The US and China need each other to protect the safe climate that is in both of their national interests.

Taylor Dimsdale is director of E3G’s Risk and Resilience Program. He works with governments, public institutions and the private sector to ensure their decision-making is informed by a better understanding of climate risk.

South China Morning Post: “US, China put aside differences for pledge to work together on climate change”