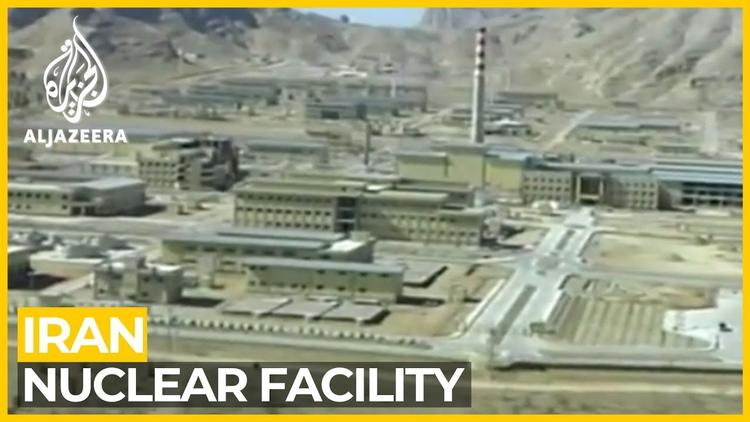 Ann Arbor (Informed Comment) – The BBC reports that a power outage and consequent explosion at the Natanz nuclear enrichment site in Iran on Sunday is being blamed by Iranian officials on sabotage. It reports that some Israeli outlets have speculated that the cause was an Israeli cyber-attack.

The head of Iran’s nuclear energy program, Ali Akbar Salehi, called the attack “nuclear terrorism.” The spokesman for his agency, Behrouz Kamalvandi, said that the Natanz electricity grid has suffered “an incident.” He said there were no casualties and no leakage of radioactivity.

Al Jazeera reports that Israeli analysts looking at satellite images find that substantial damage was done to the facility, including to the centrifuges, of a sort that would interfere with Iran’s uranium enrichment program. It cites Israeli government radio as saying that the cyber-attack was an operation of Israel’s intelligence organization, Mossad. These sources say that it is unlikely that the damage can be repaired in the near future, which sets Iran up for such repairs being forbidden to it if it reenters the 2015 nuclear deal.

Caretaker Israeli prime minister Binyamin Netanyahu is quoted as saying that the struggle against Iran is a massive undertaking, but that Iran is now a regional and world Power.

If Israel was behind the outage, it could be an attempt by the embattled government of Netanyahu to derail the current indirect negotiations of the United States and Iran aimed at restoring the 2015 Iran nuclear deal that was destroyed by Donald Trump in 2018. If Iran suspects that the sabotage was a joint US-Israeli operation, its leaders could walk away from the current round of Geneva talks.

The attack coincided with a visit to Israel by US Secretary of Defense Lloyd Austin.

Netanyahu, as some observers pointed out on social media, is on trial for corruption and could face a jail sentence. He has been given first shot at forming a government, but it is not clear that he can get to the required 61 seats, and Israel may go to the polls again this summer, for the fifth time in two years. A dramatic Israeli action against Iran could be intended by Netanyahu to cause the public to rally around the flag, and around him.

The chair of the nuclear energy committee in the Iranian parliament, Malek Shariati, noted that the attack came on the day set aside to celebrate Iran’s nuclear technology, and it came as Iran is attempting to have the Trump maximum pressure sanctions lifted, and he called it sabotage.

The centrifuges are used to separate out volatile U-235 from relatively stable U-238 so as to increase the proportion of the former. Iran is not supposed to enrich beyond 3.64 percent U-235, which is the level that makes the uranium suitable for fuel for the country’s nuclear reactor at Bushehr. Iran has recently been enriching some uranium to 19.5 percent, which is the level needed for its medical reactor. Iran does not have a military nuclear weapons program, and the levels of enrichment in which it is engaging are consistent with a civilian energy program. It would need to enrich to about 95 percent to make a bomb, and would need further technical expertise it does not appear to have. Iran’s Ayatollah Khameini, the country’s theocrat, has forbidden nuclear weapons since they kill civilians indiscriminately and in large numbers, which he says is incompatible with Islamic law, where only enemy combatants can be killed.

Israel actually benefited from the 2015 nuclear accord, since it effectively ruled out any future decision of Iran to go for a nuclear bomb. Netanyahu is upset, however, because the deal did not push back against Iranian soft power in the Middle East or completely shut down its nuclear capacity, and wants a maximalist move against Iran. He has in the past contemplated an Israeli military strike against Natanz, and has implied that he would prefer that the United States attack Iran for him.