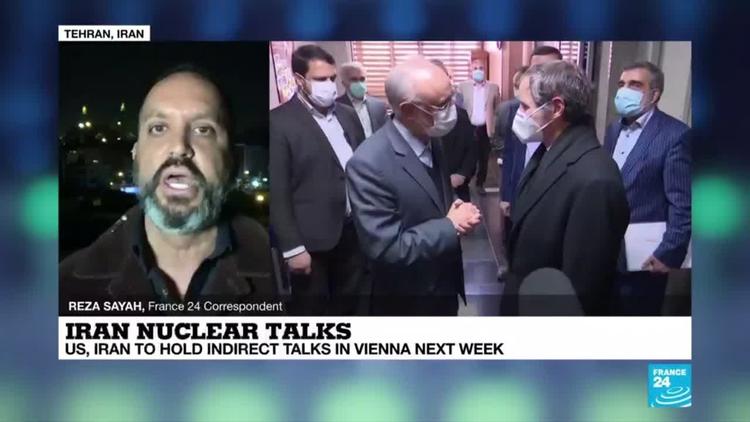 Ann Arbor (Informed Comment) – AFP reports that an arrangement was reached at Friday’s teleconference in Vienna between the current signatories to the 2015 Iran nuclear deal to mediate indirect talks between Iran and the United States next week.

State Department spokesman Ned Price said that the US had agreed to participate in the discussions with an eye toward a “mutual” return to the treaty. He said that it is not envisioned that the US and Iran will speak directly at this stage, but that the US remains open to such direct talks.

The US and Iran will have representatives physically present in Vienna on Tuesday. The current signatories will form two working groups to formulate proposals for the reintegration of the US and Iran. European Union diplomatic chief Josep Borrell will take proposals back and forth between Iran and the US. Since each side has been unwilling to make the first concession, the Europeans will attempt to identify a series of simultaneous steps Washington and Tehran can jointly announce.

Iranian foreign minister Mohammad Javad Zarif spoke of “choreographed steps.” According to IRNA, he said that Tuesday’s meeting would aim to “quickly finalize the lifting of sanctions and enact nuclear measures by designing a way to lift all sanctions and then suspend the measures Iran had taken to compensate [for the sanctions].” He said that Iran and the United States will not meet: “It is unnecessary.”

I find it interesting that Iranian state media, when speaking of the US breach of the accord in 2018, said that “Donald Trump exited it” rather than blaming America in general. They didn’t call him “former president Donald Trump,” either. They also referred to the need to lift “the sanctions of the Trump era,” not implicating President Biden in them.

Washington does not expect an imminent breakthrough but rather a hard slog. The Russian attendee, Mikhail Ulyanov (director of the non-proliferation unit in the foreign ministry), said, “The sentiment is that we are on a good path, but that the road to be traveled will not be easy and will necessitate intensive efforts. The parties seem ready for that.”

The Biden administration says that it wants to return to the Joint Comprehensive Plan of Action or nuclear deal, which the odious Trump breached after the US had signed it in 2015. Biden has, however, kept in place the punitive economic and financial blockade on Iran’s economy put in place by Trump from May, 2018, when he broke the agreement despite Iran’s scrupulous adherence to its terms up until then. After being strangled by Trump for a year, Iran began going out of compliance with the terms of the treaty in relatively minor ways.

Iran insists that the US must drop its unilateral sanctions before it will go back to complying with the treaty. The Biden administration had said that Iran must come into compliance before any sanctions will be lifted.

So the situation was frozen.

That is dangerous. First, the United States is actively strangling Iran’s economy for no good reason. A naval blockade is an act of war. The US is doing to Iran exactly what a naval blockade does, and there is a danger, as nuclear expert Joe Cirincione cogently argues, of the situation spiraling out of control. In fact, the odious Trump’s assassination of Gen. Qasem Soleimani in January, 2020, could have led to war. The Iran-backed attacks on Gulf oil tankers flagged by the United Arab Emirates and on the major refinery at Abqaiq in Saudi Arabia are part of this drumbeat that could easily lead to hostilities.

Second, hard liners on both sides could derail the diplomatic process. Iran has presidential elections in June, and the centrist government of Hassan Rouhani is expected to be succeeded by one much more xenophobic and suspicious of US motives. Biden has been under pressure by Iran hawks (i.e. warmongers) in his own party such as Sen. Bob Menendez (D-NJ), and one reason the Biden team put off taking steps to restore the JCPOA was that they wanted to get their foreign policy team confirmed by the senate first. The longer a return to the agreement is put off, however, the more opportunity hard liners will have to disrupt the diplomacy, and the greater the danger of a US-Iran clash.

The Biden team, after dithering for a precious two months, seems suddenly to have come to this realization.

France 24 English: “US, Iran to go to Vienna for indirect nuclear deal talks”