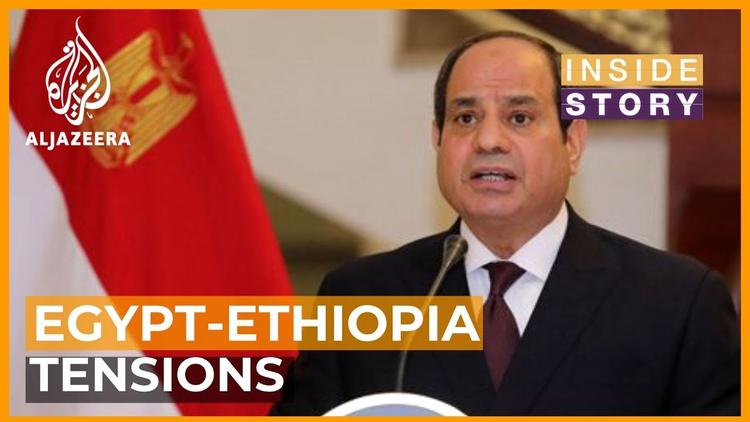 Ann Arbor (Informed Comment) – The closure of the Suez Canal for a week by the Ultra Large Container Ship, the Ever Given, signaled the importance to world commerce and energy supplies of the canal, through which some 12 percent of world trade passes.

Another danger to that world artery, which connects the Indian Ocean to the Mediterranean, now looms, as a potential conflict between Egypt and Ethiopia heats up. Egyptian dictator Abdelfattah al-Sisi gave a fiery speech this week warning that if Ethiopia goes ahead unilaterally with its plan to dam the Nile, the region would see “instability that no one can imagine.”

The two giants of northeast Africa have been at odds over the proposed Grand Ethiopian Renaissance Dam for years, but al-Sisi’s jeremiad is unprecedented.

Well, it is unprecedented from the Egyptian side. The odious Trump caused an international incident last fall when he spoke of war between Egypt and Ethiopia over the dam.

Al Jazeera reports that Al-Sisi said in a speech on Tuesday from Ismailia on the Suez Canal, “We are not threatening anyone, but no one can take a drop of water from Egypt, otherwise, the region will witness a state of instability that no one can imagine.”

He pointed out that he had not ever before adopted this tone. “Interference with Egypt’s water is a red line– whoever wants to try it should go right ahead.”

No threats there, no siree.

He demanded that there be a legal agreement before the Renaissance Dam was operational. Otherwise, he said, “if our water supplies are affected, the sound of Egypt’s response will reverberate throughout the region.”

He characterized acts of enmity as “evil,” and said that their effects would stretch through long years. He, in contrast, prefers negotiation. 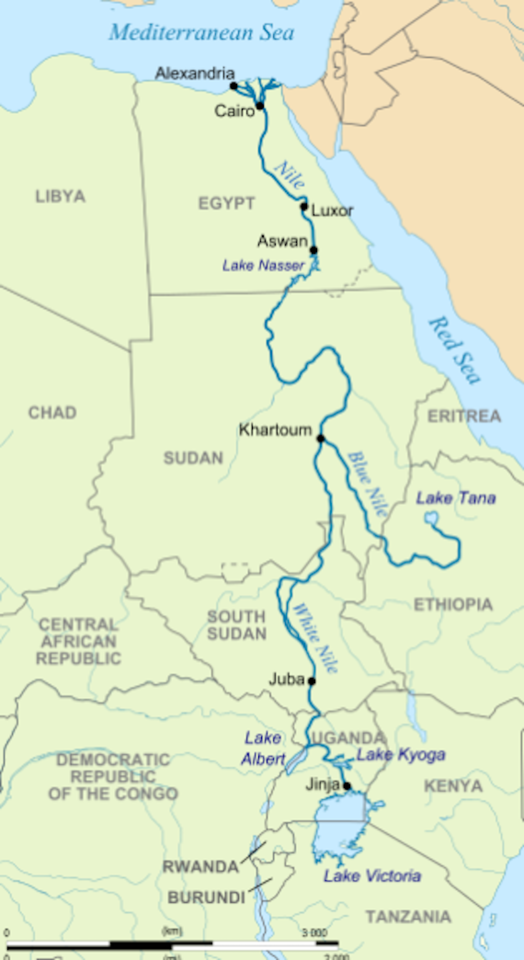 Ethiopia’s foreign ministry said that its country is proceeding on the basis of a 2015 agreement with Egypt and the Sudan.

Ethiopia is damming the Blue Nile, which flows into the Sudan and joins the White Nile, and the two then flow into Egypt to the Mediterranean.

Human-caused climate change is creating water shortages in the Middle East that contain the seeds of further conflict. One problem with damming the Nile and creating big reservoirs (which Egypt has also done at Aswan) is that it creates a larger water surface from which evaporation accelerates as temperatures rise. In the summer in Upper Egypt temperatures can reach 120 F.

AP explains that al-Sisi’s anxiery has been provoked by the possibility that Ethiopia will do a quick fill of the reservoir behind the dam, which could substantially reduce the flow of the Nile into Egypt until the fill is complete.

Egypt is a country of 101 million with an annual GDP in nominal terms of $362 billion. Egyptians only get 562 cubic meters of water per capita, a little more than half the recommended global minimum of 1,000 cubic meters per person per year. Egypt has one of the better-supplied militaries in the Middle East, having been since Cairo’s Camp David Accords with Israel the recipient of US military aid in the billions. Egypt has 1,066 aircraft of various sorts in service.

Ethiopia has 112 million people and an annual GDP in nominal terms of $95 billion. Ethiopians are relatively well provisioned with water, in contrast, with 1,575 m3. The Ethiopian air force only has 82 aircraft in operation.