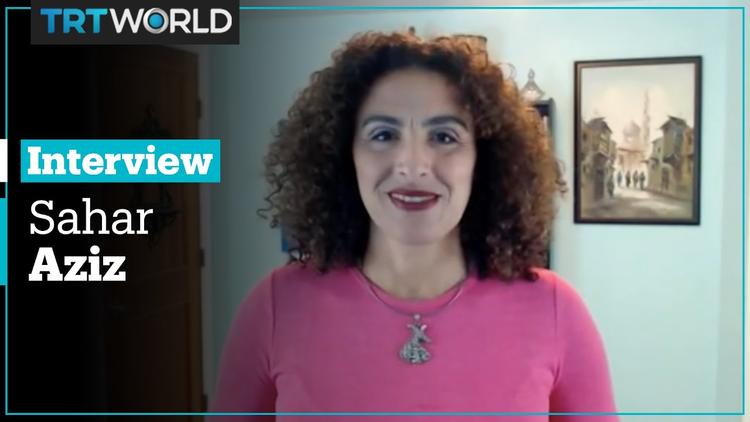 Ann Arbor (Informed Comment) – Why governments in London, Paris and Washington back Israel’s Occupation of 5 million stateless Palestinians and its slow ethnic cleansing of them is not so hard to figure out. Israel represents itself as a Western aircraft carrier in a strategically crucial part of the world full of energy resources. It gathers and shares intelligence on the Middle East with the West, conducts covert operations against challengers such as Syria and Iran, and at least represents itself as helping keep the oil and gas flowing. Some analysts believe that the Israeli contribution to European and US security is greatly overblown, but the national security elites tend to buy the story.

Why the U.S. public is so star struck with the far right Israeli state, one of the the world’s last colonial apparati, is harder to figure. Israel has a 75 percent favorability rating, versus 30 percent for the Palestine Authority, according to Gallup.

It is notable that since 2018, the “more with Israel” respondents have fallen from 64 percent to 58 percent, and so are six percent down. Likewise, the percentage that want the US government to put more pressure on Israel has risen from 27 percent in 2018 to 34 percent today. There is thus a significant shift in attitudes going on, but not significant enough to sink support for Israel under 50 percent in the general population.

That only a third of Americans in polling want more pressure put on Israel, however, probably helps explain the Biden administration’s reluctance until today to press Prime Minister Binyamin Netanyahu to please stop reducing Gaza to rubble.

Still, a slight majority of the general American public, 52 percent, say that they favor Palestinian statehood. They have an odd way of showing it, if so. That percentage was as high as 58 percent in 2002 under Bush, but has been under half most of the time since then. It had risen to 55 percent in 2020, for reasons that aren’t clear.

And fully 37 percent appear to believe that the Palestinians should remain Flying Dutchmen, forever without citizenship in a state and the basic human rights that come with it.

If we separate out attitudes by race, however, a Lifeway poll found that only 42 percent of African-Americans have a favorable view of Israel, while 27 percent have a negative view of it. That is, African-Americans only have about half as much favorability toward Israel as whites.

Some 43 percent of African-Americans say that Israel denies Palestinians their basic human rights.

And a whopping 32 percent of American Blacks say that they favor boycotting Israel over its treatment of Palestinians!

There are clearly strong divisions within the African-American community on these issues, with some adopting a Christian Zionist stance similar to that of white evangelicals, while others view the Palestinians through the lens of the Black Lives Matter movement.

Likewise, among Hispanic Christians, Lifeway found that only 45 percent had a positive view of Israel, and the community tended to support rights for both Israeli Jews and for Palestinians.

Support for Israel is highest in the US among the elderly, Evangelicals and Republicans. That is, at its highest levels it is disproportionately white.

Minorities and youth are much more skeptical of Israel and much more likely to support rights for Palestinians and to see Israel as depriving them of those rights– and therefore to support a boycott of Israel.

While we cannot read off causality from association, there is certainly some reason to think in the polling data that there is an overlap between white nationalist ideas and support for Israel (and lack of sympathy for Palestinians).

TRT World: “Whats causing the shift in US public opinion on Israel?”