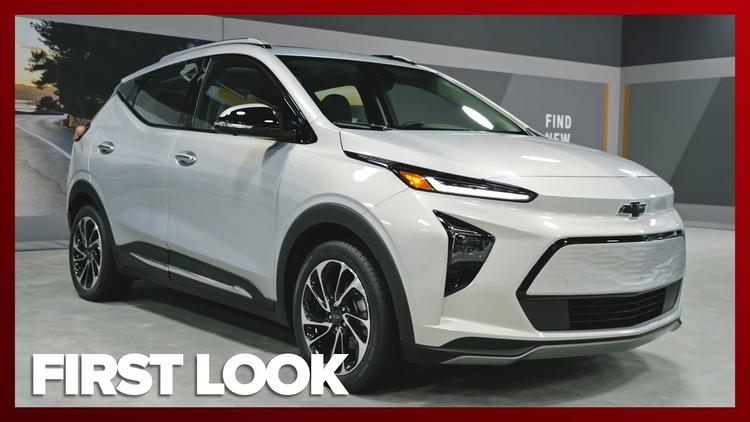 Ann Arbor (Informed Comment) – The Colonial pipeline hack has interrupted gasoline supplies brought from Texas to the Southeast. People are hoarding, and long gasoline lines are forming reminiscent of the 1970s, and some gas stations are closing for lack of supplies. The problems are likely temporary. Colonial was targeted by a ransom-ware attack, wherein it was frozen out of its accounting computers. The company closed down its pipeline to make sure that the hackers could not make mischief with it. It is not clear if Colonial paid the ransom demanded by the hackers to neutralize their malicious code, but that appears to be the case. Secretary of Energy Jennifer Granholm says that gasoline will begin flowing through the pipeline again later this week.

But in the meantime, some people have had their internal combustion automobiles turned into a 2-ton brick.

For those who can afford it, having an electric car in the Southeast right about now would mean that you didn’t have to worry about an oil pipeline. A large percentage of Americans can already afford an EV. The new 2022 Chevy Bolt goes for $31,000 and then there is a federal tax write-off of $7500. The average sticker price of the average automobile bought in the U.S. is $30,000.

For homeowners — and 65.8% of Americans are homeowners — electric cars can be “filled up” by plugging them into your home socket in the garage. I was amazed the first time I drove my EV home from the dealership and plugged it in, for all the world like an appliance.

People are always asking me about range and pick-up with electric vehicles. As for pick-up, it is superlative. Many are like sports cars in that regard. You don’t have any trouble at all merging on a highway. As for range, the new generation of EVs is getting over 200 miles on a charge. If you’re commuting 200 miles to work you really should move house. Most trips in an automobile are 5 miles or less. For commuters who drive 40 miles each way, the current EVs will do that and more, even if you couldn’t charge at work (Biden is planning to make sure you can).

Moreover, for homeowners who have an electric vehicle, the ideal combination is to put up solar panels on your roof. If you work from home or don’t work 9 to 5, it would mean that you could often charge the car from the panels, from pure sunlight. For free. Some 26% of Americans are working from home in 2021. In a lot of states, a solar home system costs about $13,000 to install, and there is a roughly $3,000 federal tax write-off. In some summer months in Michigan, which can be hot and humid air conditioner weather, my electricity bill has been as low as $14 a month with my solar panels, and I think that was mostly the gas stove. If you are a homeowner and will be in your home for 10 years, you are literally costing yourself money by not installing solar panels.

At the high end, all new Tesla home solar systems will require purchase of a powerwall battery storage unit, which means you can use stored solar energy at night or during outages. It also means you can charge your EV from the sun even at night. The Tesla system is pricey now, but costs should fall rapidly over the next few years.

One of the advantages of home solar plus battery is that no hacker could deprive individuals of electricity by using ransomware on an electric utility as was done to Colonial. Consumers could just turn to their own panels and batteries. And if they drive EVs, they also can’t be deprived of electricity for transportation.

Petroleum as a fuel source has since its inception had the problem of secure delivery. Timothy Mitchell argued in Carbon Democracy, when Winston Churchill became First Lord of the Admiralty in 1911, he faced the problem of the growing power of British labor, especially coal workers, who could by striking hold the coal-fueled British navy hostage. He accelerated the move of the navy to petroleum for its fuel, on the theory that the petroleum industry is far less labor-intensive and terminals and pipelines could be sited away from populated areas. Petroleum was the perfect fuel, the British upper crust thought, for elites.

The downside of sidelining the British coal workers in this way was that Britain became dependent on Iran for the petroleum that ensured its continued dominance of the seas. The British secured Abadan during World War I, and the Anglo-Persian Oil Company dominated Iranian production. It later became the Anglo-Iranian Oil Company, and is now BP. Britain had to keep interfering in Iran’s domestic politics and development to keep the oil flowing, helping put in the Pahlevi dynasty in the 1920s and then blockading Iran in the 1950s to prevent it from nationalizing its petroleum under Mohammad Mosaddegh. The British and later American insistence on backing the Pahlevi royal capitalist dictatorship led to resentments and the Islamic Revolution of 1979, which the US has tried to reverse ever since.

British interest in the oil areas of Mosul and Kirkuk in the 1920s ensured that they were incorporated into British Iraq. The British had nearly a quarter of Iraqi oil as their share in the Iraqi petroleum company. Much British imperialism that shaped modern Iraq, including the 1941 invasion and occupation, had to do with petroleum.

World War II was to some extent a war over petroleum. Japan, deprived of US oil by Roosevelt, wanted the petroleum in the Dutch Indies (Indonesia), in order to maintain Tokyo’s empire in China. The US Navy stood in the way of this plan. That required Minister of War Hideki Tojo to bomb the US fleet at Pearl Harbor, allowing his forces to sweep through southeast Asia unopposed, including Indonesia. If only Tojo had had solar and wind energy, maybe the whole Pacific Theater of WW II could have been avoided.

Hitler lost WW II in part because of his insecure oil supplies. Rommel’s campaign to take Egypt and the Suez Canal aimed in part at ultimately grabbing Iraqi and Iranian oil. Hitler opened a second front against the Soviet Union in part to grab the petroleum in the Azerbaijan Soviet Socialist Republic.

Much later in history, Iraqi petroleum was certainly part of the reason for which George W. Bush and Dick Cheney devastated that country with an American invasion and 8.5 year occupation.

Oil pipelines are not secure, by their nature. They leak, doing vast environmental damage. They are centralized and so are open to hacking attacks and sabotage.

Worse, they transport a fuel that is wrecking the planet every time it is burning, causing debilitating global heating.

People in Florida and elsewhere in the Southeast who are unable to drive, take a lesson. Your electric car will always be chargeable, especially if you get your own solar panels. Americans have had a weird resistance to EVs up until now. Let’s take a lesson– they are the future, and offer a much more secure future than petroleum ever could, as well as a clean, green future.