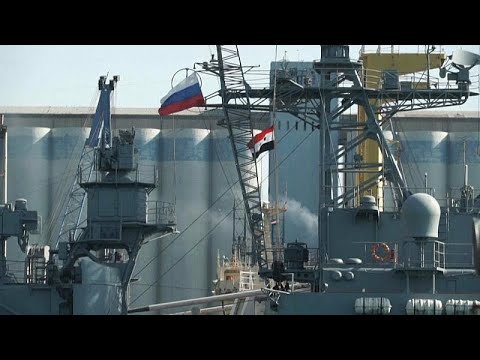 Belgrade (Special to Informed Comment) – United States and Russia are fighting for influence in the northeast African country of Sudan. Although Moscow planned to open a naval base in Port Sudan – the main Sudanese trading port on the Red Sea—there are indications that Khartoum changed its decision to host a Russian military facility after being pressured by Washington.

On November 16, 2020, Russian President Vladimir Putin authorized his Ministry of Defense to sign the formal agreement with Sudan to create the permanent Russian military base in Sudan, guaranteeing Russia’s first substantial military foothold in Africa since the fall of the Soviet Union. The naval base, officially described as a material-technical support facility, was supposed to accommodate up to 300 military and civilian personnel, and also to berth up to four warships, including nuclear-powered vessels. Indeed, such a facility would strengthen Russia’s positions in Africa. The naval base would likely help Moscow establish control over the transit flows of oil that pass via pipelines through the region. The bulk of local oil fields are located in neighboring South Sudan, but its oil exports are almost entirely dependent on the Republic of Sudan. The only pipeline through which landlocked South Sudan can transport its energy passes through the territory of Sudan, its northern neighbor.

Moreover, a military presence in Sudan would provide Moscow an easier access to Syria’s Tartus – the only Russian base out of the post-Soviet space – in case NATO member Turkey eventually closes Bosphorus and Dardanelles for the Russian ships. Port of Tartus serves as the Russian Navy’s repair and replenishment facility and has played a major role in supplying Russian troops in the war-torn Middle Eastern country. An additional military facility in the Middle East would open up new opportunities for the Kremlin to expand its military and political influence in the region. Could that be one of the reasons why the United States reportedly got involved in the struggle for presence in Sudan?

On April 28, news broke out that Sudan has suspended the effect of its agreement signed with Russia to build a naval base in the country. Russia’s Embassy in Khartoum denied the reports, saying on its Facebook page that it “has not received any official notifications from the Sudanese side.”

“This agreement will enter into force only after both parties ratify it,” the Russian Embassy in Sudan wrote.

From the legal perspective, the agreement has not entered into force yet, and since the treaty has not yet been ratified, there is nothing to cancel. At this point, however, it is highly uncertain if the deal will ever be ratified. Some Russian experts already started blaming the United States for trying to sabotage Moscow’s arrangements with Khartoum.

“Washington has its own interests in the African country. It is worth recalling the recent history of US Navy ships which headed to Port Sudan after Russia announced its plans to build a military base there”, said Russian military expert Alexey Sukonkin.

“This region is extremely important for Washington, and any actions of other countries or simply persons on the territory of Sudan are perceived very painfully in the White House”, said Sukonkin pointing out that sanctions on Prigozhin are an American attempt to oust Russia from Sudan.

From the Russian perspective, both Moscow and Khartoum are interested in opening a Russian naval base in the northeast African country, and the only ones who would not benefit from such an action are the Western nations because they would miss the possibility of increasing their influence in the region. Russian newspaper Argumenty i Fakty has recently published a reportage from Port Sudan, creating an image of the Sudanese who can’t wait to host the Russian troops. It was published just a week after the Russian reconnaissance ship Ivan Khurs reportedly entered the Port Sudan.

“Sudan is the very place where we need a naval base”, wrote Russian military expert Evgeniy Norin.

“The Red Sea is the main avenue of the world shipping, and where there is shipping, there are pirates, and in general all kinds of crime, from international slave trade to illegal arms trafficking. Our military presence aboard is not a matter of prestige”, Norin emphasized.

Although it is not yet clear if Moscow will be allowed to open a navy base in Sudan, the US is expected to either completely neutralize “the Russian threat” in this part of the world by pushing Khartoum into American geopolitical orbit, or to make a deal with the Kremlin and share the influence in the northeast African country. The problem for Moscow and Washington is that other actors are also interested in Sudan’s 1.5 million tons of proven uranium reserves. The global struggle for the Horn of Africa has just begun.