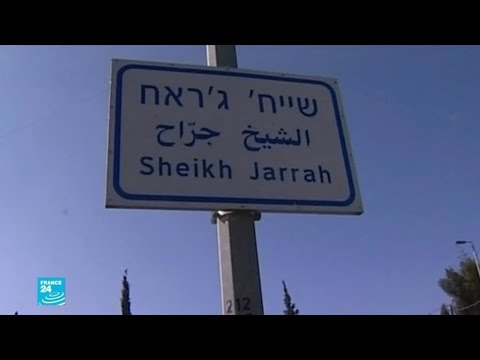 ( Middle East Monitor) – Palestinian diaspora narratives are broad. Sheikh Jarrah is the story of Palestinian families, in one East Jerusalem neighbourhood, under the Israeli occupation. In contrast, my diaspora journey traces a family of sheep herders and farmers in the Galilee pushed to a Northern Lebanese refugee camp in 1948 and denied a return to their homes. By miraculous fate, I ended up living in the United States and became a registered civil engineer in the state of California. Through my own life experience growing up as a stateless refugee, I can appreciate the unfortunate threat of expulsion facing Palestinian families in Sheikh Jarrah.

The fight over the Sheikh Jarrah neighbourhood is a microcosm of the Palestine question. While war and fear were the main Israeli instruments to drive out my parents and more than 700,000 Palestinians from their towns and villages in 1948, current Israeli policies use legal euphemisms to change the demographic makeup of Palestinian communities, as in the case of Sheikh Jarrah.

Sheikh Jarrah, located a little over one mile north of the Old City, is named after Saladin’s physician; Jarrah means surgeon in Arabic. The community, originally built around the tomb of the 13th-century surgeon, grew to become among the first and most affluent Christian and Muslim Palestinian communities outside the walls of the Old City. Following the 1948 war, Sheikh Jarrah expanded with the arrival of Palestinian refugees expelled from the Talbiya neighbourhood in occupied West Jerusalem and other villages.

Since the occupation of East Jerusalem in 1967, different Israel governments and city municipalities have used incentives, courts and violence to uproot native Jerusalemites from their homes.

A case in point: Jewish Israeli settlers forcibly occupied a section in the home of the Al-Kurd family in 2001, claiming the land was owned by Jews during the Ottoman Empire era. Instead of removing the intruders, Israeli courts awarded the home to Jewish settlers. The Al-Kurds became tenants — in their own home — who were ordered to pay rent to the interlopers. When the homeowner refused to pay rent to the settler extremists, Israeli courts declared the family to be delinquent and forced it out of its home of 52 years.

Muhammad Al-Kurd, the head of the family, died less than two weeks after he was expelled from his home for a second time. The first was in 1948 from the city of Haifa, and the second was in 2008. His stricken wife, Fawzieh Al-Kurd, then 56 years old, moved into a tent outside her home to protest against her forced ejection.

The Al-Kurds were not the first Palestinians to lose their homes in Sheikh Jarrah, and they won’t be the last. In 2002, Israel forcibly moved 43 Palestinians from their homes with Israeli settlers moving in. In August 2009, the Al-Hanoun and Al-Ghaw Palestinian families also lost their homes to extremist settlers. In 2017, the Shamasneh family met a similar fate.

Today, 500 Palestinians from Sheikh Jarrah are at risk of dispossession following a lower Israeli court’s order to vacate their homes. Since Palestinians have little to no chance under the Israeli legal system, public protest is the only recourse left to publicise injustice and stop the Israeli government from making them homeless once again.

The Israeli court decisions over land ownership in Sheikh Jarrah expose the blatant institutional discriminatory laws toward non-Jews in the state of Israel. For example, the disputed settlers’ claim of land ownership is not on behalf of any individual asserting rightful inheritance, but rather a religious claim based on a 150-year-old bogus land deed.

The same courts, however, do not avail the same rights to the Al-Kurd, Al-Hanoun, Al-Ghaw and Shamasneh families or the other 500 Palestinians in Sheikh Jarrah who possess land deeds for homes in West Jerusalem and Haifa. In Israel, only Jews can reclaim property. Muslim and Christian Palestinians who live in East Jerusalem are considered “absentee owners” unable to claim homes from which they were forcefully evicted 70 years earlier.

When asked about laws allowing Jews, but not Palestinians, to reclaim properties, the current deputy mayor of Jerusalem, Fleur Hassan-Nahoum, said, “This is a Jewish country.” As quoted in the New York Times earlier this month, he added, “Of course, there are laws that some people may consider as favouring Jews — it’s a Jewish state. It is here to protect the Jewish people.”

The deputy mayor of Jerusalem unwittingly explained institutional racism in an Israeli hierarchical system that favours one group of people at the expense of others.

Jamal Kanj is the author of Children of Catastrophe, Journey from a Palestinian Refugee Camp to America. His second co-authored novel, Bride of the Sea, was published in Germany and Poland.