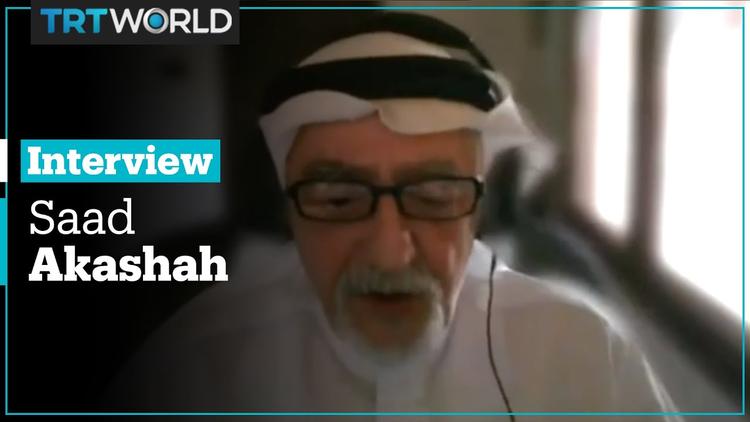 Ann Arbor (Informed Comment) – The Jared Kushner/ Trump plan for Israel-Palestine had some basic premises. The first was that the U.S. could act punitively toward the Palestinians with no consequences. The second was that the Arab states were so afraid of Iran that they would throw the Palestinians under the bus and make an alliance with Israel against the ayatollahs. The third was that even where governments were not particularly afraid of Iran, they could be induced to recognize and cooperate with Israel by giving them things they wanted or taking off sanctions. The fourth was that the Arab governments could recognize and cooperate with Israel with no domestic consequences.

Kushner was able to expand the number of Arab states with peace agreements with Israel from two (Egypt and Jordan) to six, by adding Bahrain, the United Arab Emirates, Sudan and Morocco. Bahrain and the UAE had never fought Israel anyway.

Bahrain is a tiny country of a little over a million and a half people. and some 48 percent of them are foreign guest workers. It has a Shiite majority (the government denies this), but is ruled by a fairly hard line Sunni royal family, and Sunnis have the cushy jobs. Manama is desperately afraid of Iran because it fears its Shiites will feel the attraction of Iran’s clerical ideology and become restive. Iran has also occasionally claimed Bahrain as an Iranian province (Iran did rule Bahrain in the 1600s after the Portuguese were expelled). So Bahrain was very happy to get into the Trump administration’s good graces by signing the Abraham Accords. It is irrelevant to Israel-Palestine, being very distant and having never played a significant role in the conflict. So this is about bolstering the ruling class against local Shiites and currying favor in Washington more than anything else.

Although Morocco had sent some token troops to the Arab League in the 1973 war, it thereafter changed its policy. It has a small Jewish population and has for years maintained correct relations with Israel behind the scenes. Recognition was therefore not a big stretch. It is very far away from Israel-Palestine. The quid pro quo here was that the Trump administration recognized contested Moroccan claims to the Western Sahara, which had been a Spanish colony detached from the Moroccan kingdom, and which Morocco claimed upon decolonization. A group of Western Saharans objected to rejoining Morocco after all that time and mounted an insurrection. The Moroccan government cared much more about getting the US imprimatur on its incorporation of Western Sahara than it did about Israel-Palestine. The Moroccan monarchy does also have an obsession with the Iranian threat, since it sees Tehran as promoting anti-monarchical republicanism.

The Emirates is fabulously wealthy and only has a million citizen-residents (along with another 8 million largely Indian and Pakistani guest workers). The government is therefore not afraid of public opinion. It is not, by the way, very concerned about Iran. Dubai banks have laundered money for Iranian ones and the two countries do a lot of business with each other, some of it off the books. For the UAE, the Abraham Accords were likely more about currying favor with the Trump administration and gaining access to Israeli technology than about Iran. Nor is the Emirates of much use in any US conflict with Iran, being such a tiny state.

The Sudan was under heavy US sanctions for terrorism and genocide under the old government of Omar al-Bashir. Although a popular revolution overthrew Bashir in 2019. A new provisional government was established, half civilian and half military, to begin moving the country toward civilian rule after decades of fundamentalist dictatorship. The still-powerful officer corps was delighted when Kushner offered to remove the terrorism sanctions if only it would recognize Israel. The civilian side of the government, including the prime minister, insisted that this move could only be provisional until 2022 when an elected government is expected to be formed. The remnants of the military junta don’t reflect Sudanese popular sovereignty.

So Kushner was wrong that domestic politics don’t matter. Whether the future elected government of Sudan is willing to ratify the Abraham Accords remains to be seen.

Iraq, Kuwait, Oman, Qatar and Saudi Arabia, which Kushner intensively wooed, declined to join the Abraham Accords. Iraq has good relations with Iran and the Iraqi public has become increasingly pro-Palestinian. The Kuwaiti public is nowadays vocally pro-Palestinian. Saudi Arabia is not a postage stamp country like Bahrain and the UAE, but has a citizen population of some 22 million, and the royal family has to be at least a little bit cautious about a backlash. Many Saudis are pro-Palestinian. So it just isn’t so that domestic politics do not matter. Oman and Qatar are low key and cautious in their foreign policy and preferred to avoid Kushner’s limelight. Not to mention that Kushner’s name is mud in Qatar because he colluded with Mohammad Bin Salman in having it blockaded 2017-2020.

Not only were many governments afraid of their largely pro-Palestinian publics, even the older peace treaties are always tested during hot conflicts such as the one we just saw. Jordanians pressed for the expulsion of the Israeli ambassador. Egyptians are so, on the whole, pro-Palestinian that the Camp David Accords really produced only a cold peace, with little public buy-in. Israel dreams of Egyptian tourists in Tel Aviv never materialized.

As for the US punishing the Palestinians, Trump cut them off at the knees. He defunded the UN Relief and Works Agency, which provides essential services to the Palestinian refugees. He slashed the US Agency for International Development funding for Palestinians. Some of the frustrations we saw in April and May in the West Bank and Gaza derived from a bad economy for Palestinians during the pandemic, which US aid cuts had exacerbated. Biden is gradually putting that money back.

The Palestinians matter, and cannot just be cast down even more into abject poverty without risking a social explosion such as the one we just witnessed. So that premise is also incorrect.

The Palestinian uprising of spring, 2021, showed that all of Kushner’s premises, upon which he built the Abraham Accords, were deeply flawed. He only had full success with three countries, two of them tiny and militarily irrelevant to the Israeli-Palestinian conflict and a third thousands of miles away and also militarily irrelevant. Sudan’s position is very tentative because it is in a transition from dictatorship to democracy, and the people have not been heard on this issue.

When the Palestinian-Israeli conflict blew up this spring, the Palestinians showed that they were refusing to go quietly and to just drop dead, as Mr. Kushner clearly desired from them. Kushner’s attempt to make the issue one between Israel and Iran and to downplay the Palestinians signally failed.

In contrast to the continued centrality of the Palestinians to the future of Israel-Palestine, the Abraham Accords states were very much on the sidelines.

Finally, if the Biden administration can bring Iran back into the 2015 nuclear deal, as he and Antony Blinken are attempting to do, the polarization between Iran and the governments of the Arab world will likely greatly decrease. Already, Saudi Arabia sees that writing on the wall and has been meeting with Iranian diplomats. So an Arab-Israel alliance against Iran that throws the Palestinians under the bus, of the sort Kushner pushed, is being rendered increasingly obsolete. If Iran reenters the world economy, its Arab neighbors will adjust and develop new relations with Tehran.

TRT World: “What was the impact of the Abraham Accords on Arab solidarity with Palestine?”