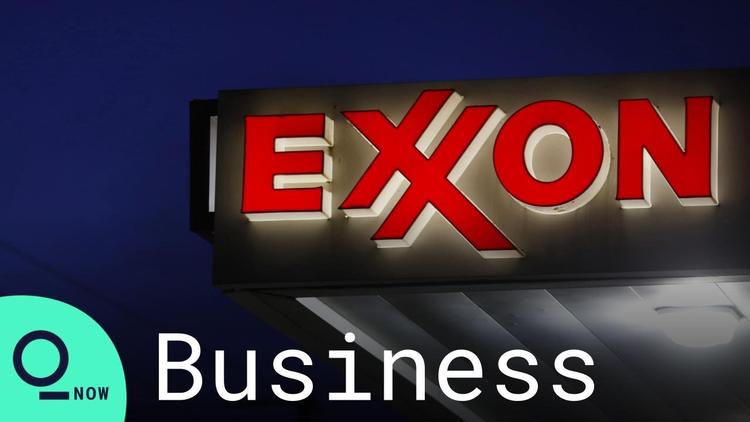 By Mark DesJardine and Tima Bansal | –

One of the most expensive Wall Street shareholder battles on record could signal a big shift in how hedge funds and other investors view sustainability.

Exxon Mobil Corp. has been fending off a so-called proxy fight from a hedge fund known as Engine No. 1, which blames the energy giant’s poor performance in recent years on its failure to transition to a “decarbonizing world.” In a May 26, 2021 vote, Exxon shareholders approved at least two of the four board members Engine No. 1 nominated, dealing a major blow to the oil company. The vote is ongoing, and more of the hedge fund’s nominees may also soon be appointed.

While its focus has been on shareholder value, Engine No. 1 says it was also doing this to save the planet from the ravages of climate change. It has been pushing for a commitment from Exxon to carbon neutrality by 2050.

As business sustainability scholars, we can’t recall another time that an energy company’s shareholder – particularly a hedge fund – has been so effective and forceful in showing how a company’s failure to take on climate change has eroded shareholder value. That’s why we believe this vote marks a turning point for investors, who are well placed to nudge companies toward more sustainable business practices.

Hedge funds to the rescue?

Climate strategies aimed at saving the planet are an odd play for a hedge fund. Such investment firms are better known for getting companies to stop investing in this type of thing so they can collect quick profits.

Recent research undertaken by one of us found that activist hedge funds tend to target companies that spend more of their resources on these types of sustainability initiatives. That is, they buy shares of a company to gain influence and then convince other investors to join them in demanding efficiency enhancements and cost-cutting protocols to return more cash to shareholders. A follow-up study found that companies cut spending on sustainability initiatives within five years of a hedge fund getting involved.

In other words, hedge funds focus on short-term returns – not long-term concerns such as climate change or even a company’s own future profitability. And this is because of how hedge funds fundamentally operate.

Hedge funds usually charge their investors – often wealthy individuals and institutional investors – a 1% to 2% management fee in addition to a 20% cut of any gain in their investments. In return, these clients expect quick and substantial returns that substantially outperform the market.

This is what makes Engine No. 1’s fight so interesting.

It began in early December 2020, shortly after tech investor Chris James launched Engine No. 1 with two other hedge fund industry veterans. The firm said it was “purpose-built to create long-term value by harnessing the power of capitalism.”

Engine No. 1’s first order of business was to pick a fight with one of the world’s largest energy companies, Exxon Mobil. It sent a letter to the company’s board on Dec. 7, 2020, urging it to focus on clean energy and shake up its board of directors – a bold move for an upstart investment firm with just a 0.02% stake in the nearly US$250 billion company.

But Exxon was an obvious target for this strategy. It has been a laggard on developing low-carbon fuels for years and has promoted misinformation about the human impact on climate change for decades.

After Exxon refused to commit to a transition to carbon neutrality, Engine No. 1 formally launched its proxy battle in March to force a change of strategy at the company, which traces its history back to 1870, when John D. Rockefeller founded the Standard Oil Company.

A proxy battle is when a group of shareholders tries to garner enough support from other investors – in the form of votes – to force a company to do what it wants, whether it’s to cut costs or change strategy.

Exxon said it expected to spend $35 million more than its usual costs to deal with the proxy battle; unfortunately, by increasing Exxon’s expenses, these are costs that are actually footed by investors. Engine No. 1 put its expenses at $30 million. The total cost, by some estimates, has exceeded $100 million.

Engine No. 1 was hoping to replace a third of the oil giant’s board of directors with four individuals who have more clean energy experience. The hedge fund was also seeking corporate governance reforms, a review of Exxon’s climate action plan – and its impact on the company’s finances – and greater public disclosure of its environmental and lobbying activities.

Even before the vote, the campaign was already changing the way Exxon does business. In the past few months, Exxon has proposed a $100 billion carbon capture project in Houston and committed $3 billion to low-emission technologies through a new venture.

Though Exxon denies any of these investments were due to pressure from Engine No. 1, it’s hard to believe the hedge fund wasn’t a catalyst. These are some of the biggest investments Exxon has proposed in sustainability in recent years, and they came right after pressure from the hedge fund – as well as the election of a new U.S. president who has made fighting climate change a priority.

Another likely reason for the new initiatives is that Engine No. 1’s campaign was enlisting significant support from other major Exxon investors, such as the California Public Employees’ Retirement System and the New York State Common Retirement Fund, which laid additional pressure on Exxon to do something about its lagging sustainability strategy.

So despite its pushback against Engine No. 1 and its proposed climate plan, clearly Exxon Mobil’s attention to its sustainability plans has been piqued.

What it all means

So why is Engine No. 1 really doing this – and do its motives matter?

While the firm is pushing hard for more investment in sustainability and clean energy, the focus in its statements on what’s driving this fight is mostly about shareholder value. And many of its demands, such as better long-term capital allocation strategy, a plan to enhance shareholder value and a “misaligned” management compensation, are straight out of a typical hedge fund’s playbook.

What we see as fundamentally different here is the emphasis the hedge fund is putting on the connection between sustainability and long-term profits. It makes a strong case that the reason Exxon’s financial position has been deteriorating is because of its failure to invest in low-carbon technologies.

Or, like a hedge fund, Exxon has been focusing on the short-term gains from fossil fuels at the expense of its long-term future in a global economy that puts a premium on sustainability and a penalty on carbon-intensive activities.

Moreover, the readiness of so many major investors – including the three largest U.S. pension funds and BlackRock, the world’s biggest investment manager with $7.4 trillion in assets under management – in joining Engine No. 1 shows which way the winds are blowing, which Exxon seems to now also realize.

So the vote itself isn’t the story here. It’s that the weight of activist hedge funds – the most potent form of shareholder activism – seems to be shifting in favor of sustainability. As we see it, this means companies and executives that don’t invest in the transition low-carbon energy will increasingly risk incurring their wrath.