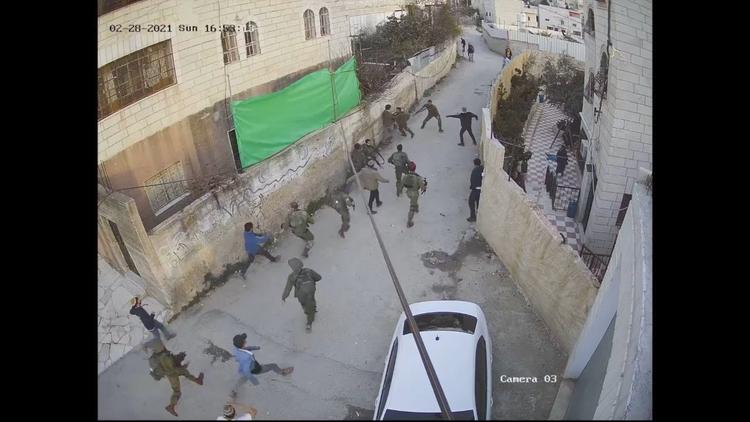 Early on the morning of April 21, a group of about 12 Israeli soldiers raided the Ramallah home of al-Rimawi, a reporter for the Qatari broadcaster Al-Jazeera Mubasher and director of the local J-Media Network news agency, and arrested him, according to news reports, reports by Al-Jazeera and J-Media, and statements by the local press freedom organizations MADA and the Skeyes Center for Media and Cultural Freedom.

Israeli authorities did not disclose any reason for the journalist’s arrest or where he is being held, according to those sources. In a video interview with Al-Jazeera, al-Rimawi’s wife, Maymouna al-Rimawi, said that, while he was being taken from his home, the journalist said he would go on a hunger strike in prison.

“Israeli authorities cannot simply arrest journalists and spirit them away to undisclosed locations without any public disclosure of the alleged offenses they committed,” said CPJ’s Middle East and North Africa representative, Ignacio Miguel Delgado. “Israeli authorities should either disclose any charges filed against Palestinian journalist Alaa al-Rimawi or release him immediately.”

Al-Rimawi works as Al-Jazeera Mubasher’s correspondent in Ramallah and hosts J-Media’s talk show “Palestine Votes,” where he has recently interviewed political candidates, academic experts, and journalists about the upcoming Palestinian legislative and presidential elections, scheduled for May and July.

Previously, in July 2018, Israeli security forces arrested al-Rimawi, then the director of the Hamas-affiliated broadcaster Al-Quds TV in the West Bank, and held him for nearly one month; upon his release, he was ordered to stop working as a journalist for two months, according to news reports and CPJ’s coverage from the time.

After the publication of this article, the Israel Defense Force’s North America desk responded to CPJ’s emailed request for comment and directed questions to the General Security Service, which it said was responsible for the operation that resulted in al-Rimawi’s arrest.

CPJ emailed the General Security Service for comment but did not receive any reply.

[Editors’ note: This article has been updated to include the Israel Defense Force’s response to CPJ.]

Via Committee to Protect Journalists)