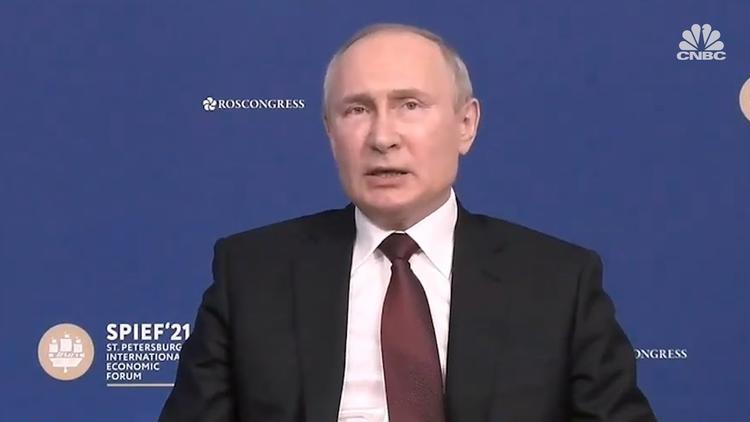 Belgrade (Special to Informed Comment) – The Turks seem to be weary of the alliance with the United States. Although it is still a NATO member, and has the second largest army in the organization, Turkey is strengthening military, political and economic ties with the US “major geopolitical rival” – Russia.

Why do the Turks have such a negative sentiment towards its ally? It is worth noting that Ankara and Washington have been at odds over several issues. For instance, in 2019 the US imposed sanctions on Turkey over Ankara’s incursion into Syrian Kurdistan. A year later, Washington once again punished its NATO partner, this time because of Turkey’s decision to purchase S-400 air defense systems from Russia. In addition, the US supports the Kurdish-led People’s Protection Units (YPG) in Syria, while Ankara sees the YGP as a terrorist organization because of its alleged links to the Kurdistan Workers’ Party (PKK). Moreover, to this day America refuses to extradite to Turkey Fetullah Gulen – a Pennsylvania-based former ally of President Recep Tayyip Erdogan turned deadly enemy, who is accused of complicity in a 2016 failed coup attempt.

But can Russia benefit from relatively tense relations between Turkey and the US? There is no doubt that the Kremlin, or at least some very influential policy makers in Moscow, attempt to undermine the unity of the West. It is debatable, though, whether this policy has borne much fruit. Although Turkey, despite the US sanctions, proceeded with the purchase of the S-400 systems, that did not result in the expulsion of Turkey from NATO, as some experts suggested. Moreover, NATO Secretary-General Jens Stoltenberg reportedly reiterated that it is up to the individual nation to decide on its defense mechanisms. On the other hand, the head of the Turkish Parliament’s Foreign Affairs Committee, Akif Cagatay Kilic, recently said that Turkey’s relations with Russia are not an alternative to the United States.

“Why can’t I improve my relations with my closest neighbors, Russia, while fulfilling my responsibilities as a NATO member?” asked the Turkish official.

Indeed, Turkey is trying to balance between the United States, as its nominal ally, and Russia as its regional partner. Such a policy makes perfect sense given that Turkey-US trade reached about $21 billion in 2019, while the trade volume between Ankara and Moscow reached $26.3 billion in 2019. Thus, at this point Ankara’s economic ties with Russia rival those with Washington. On May 26 Erdogan held an online meeting with the senior executives of 26 American companies operating in Turkey, while on May 16 he dispatched Ibrahim Kalin, a top adviser, along with Tourism Minister Mehmet Nuri Ersoy to Russia to try to persuade Russian officials to resume flights to Turkey. In April Moscow had suspended flights to this country, allegedly due to the rising coronavirus cases in Turkey, although it is believed that it was actually a method of pressuring Turkish authorities over their defense deals with Ukraine.

Although improving ties with both, Russia and the United States, seems to be one of Erdogan’s top priorities for the time being, Ankara will likely keep implementing its relatively sovereign foreign policy, which could eventually lead to confrontation with Moscow. Russian media and analysts have already started blaming Turkey for its actions in Syria’s Idlib province that is controlled by the Turkey-backed forces. They accuse Ankara of de facto annexation of the region by introducing Turkish lira as the official currency, giving Turkish passports to the local population, and building schools and hospitals in the north of Syria. Ironically enough, that is exactly what the Kremlin is doing in the Donbass region of Ukraine that has been under control of the pro-Russian forces since 2014.

“In fact, with such hybrid technologies, Ankara is trying to expand its sphere of influence within the framework of the concept of neo-Ottomanism, Turkish Islamism and even neo-Pan-Turkism. By doing so, Turkey is pursuing an offensive, aggressive policy, and not only in Syria”, said Vladimir Avatkov, Russia’s well-known Turkologist and Senior Lecturer at Diplomatic Academy of the Ministry of Foreign Affairs of the Russian Federation.

Syria is just one place where Russia and Turkey act as frenemies. In Libya, the two countries have diametrically opposed geopolitical goals and support rival proxy armies on the ground. Besides that, the Russo-Turkish rivalry is expected to grow in the Black Sea region as well, especially since Ankara recently announced the discovery of new natural gas deposits off its coasts in that body of water. It will likely be the American, rather than Russian companies that will benefit from the gas extraction, and the topic is expected to be discussed this week at a meeting between Erdogan and the US President Joe Biden on the margins of the NATO summit.

CNBC: “Will President Biden’s meeting with President Putin in Geneva see a reset of relations?”