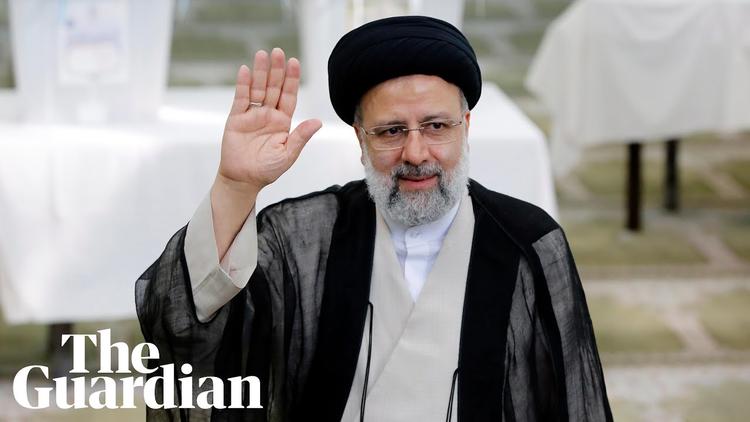 Ann Arbor (Informed Comment) – Former chief justice of the Iranian judiciary, Ebrahim Raisi, won the presidential election, as expected, with over 60 percent of the votes. The problem was that less than half of eligible voters bothered to come out to the ballot box. The clerical establishment had so heavily vetted presidential contenders, barring centrists and pragmatists from running, that many Iranians felt they were not offered much of a choice in candidates.

The clerical leader of Iran, Ayatollah Ali Khamenei, 82, put his thumb heavily on the scale to produce a far right wing president. Some observers speculate that he wants Raisi to succeed him as clerical Leader. Others think Khamenei is determined to restore the 2015 nuclear deal with the Biden administration during the next six weeks before Raisi takes office. The outgoing president, Hassan Rouhani, would thus take the fall for kowtowing to America in accepting Washington’s restrictions. A deal would remove the US financial and trade blockade from Iran, just in time for Raisi to take credit for the improving economy.

My own guess is that Khamenei and other hard liners are afraid that for Iran to become reintegrated into the world economy will increase globalization and make it harder to keep the Iranian public isolated from Europe and the United States, and so they want a hard liner in the presidency to fight Western influence.

Raisi’s election is only important at the margins, since so much power is held by Leader Khamenei. The Iranian president is more like a typical US vice president. Still, he has some power and can lobby for the policies he favors.

Alsumaria reports that Raisi visited Iraq in February of this year, 2021, meeting with a wide range of officials. Shiite Iran has been important to Iraq in the battle against the hyper-Sunni ISIL terrorist organization. Iran is also a significant trading partner for Iraq and supplies electricity to some southern provinces. Raisi’s visit probably reflected his presidential aspirations, since Iraq’s Shiite-dominated government is extremely important to an otherwise largely isolated Iran.

There was a special love fest between Raisi and the Fateh Bloc in parliament, which groups Shiite party-militias that are backed by the Iranian Revolutionary Guards Corps. Alsumariya reports that the representative of the Al-Fateh Alliance, Uday Shaalan Abu Al-Jun said in February that Raisi’s visit showed the failure of those observers who had bet on driving a wedge between Iraq and Iran. Instead, he said, Iran-Iraq cooperation was taking place “in many fields, including the economy, combating terrorism and cooperation in sectors. agricultural and tourism.” He added, “Raisi covered during his visit many important and sensitive files, most notably the exchange of information and evidence regarding the crime of assassination of the Leader of Victory [Gen. Qasem Soleimani] at the hands of the Great Satan and its arms at home and abroad.”

Raisi also discussed with his peers in the Iraqi justice system outstanding bilateral issues such as those Iraqis with Iranian spouses and their problems, the Iranian pilgrims who throng to Iraq’s Shiite shrine cities, as well as problems of drug smuggling and attempts of criminals from each country to hide out in the other.

The some 2,500 US troops left in Iraq are at Iraqi bases that have taken almost continuous mortar and rocket fire from Iran-backed Shiite militias. Raisi and other Iranian hard liners will have lobbied Iraq hard to expel the Americans entirely.

Souriya.net reports that while Raisi did not speak out on the Syria issue a great deal,he has talked about his support for the Iranian intervention there, in 2013 when it was just beginning, and in 2019 when a new Syrian ambassador came to Tehran.

He said in 2013, when he was deputy chief justice, “It is necessary to think about the comprehensive defense of Syria. Syria is the point of attack and defense of Iran.” He added: “Total aggression requires a comprehensive defense.” He seems to think of the rebel groups in Syria as posing a threat not just to Damascus but to Iran itself, and holds that crushing them requires social and cultural interventions as well as military ones. Some Iranian Shiites hope to convert Syrians to their form of Twelver Shiism. He said, “Comprehensive defense includes all the military, political, economic and Western dimensions that must be anticipated and dealt with in regard to all threats in various areas.”

Raisi views Iran’s defense of the al-Asad government as key to defending Iran itself.

He said back then, “We do not intend to interfere in another country, but we believe that wherever the identity of the Islamic Revolution is, it is our borders that must be taken into account and completely defended and discussed on both a theoretical and practical plane.”

Then, at the beginning of 2019 Raisi, then chief justice, greeted Adnan Mahmoud, the al-Asad ambassador to Iran. He said he supported Iran’s effort to help Syria fight a “war on terror” against the enemies of Syrian president Bashar al-Asad, expelling them entirely from Syria, safeguarding Syrian sovereignty, and reinforcing the Resistance Front [against Israel and the United States] in the region.

Iran is estimated to have spent more than $16 billion since 2012 to support the Syrian government in its civil war against largely Sunni Arab rebels.

No wonder Bashar al-Assad was the first foreign leader to congratulate Raisi on his victory.

I couldn’t find any statements by Raisi on Yemen, and anyway Iranian involvement in that country is vastly exaggerated by American politicians and journalists.

Mahdi al-Mashat, the head of the Supreme Political Council, said: “The success of the electoral process in the Islamic Republic of Iran is considered a victory for the principles of the Islamic revolution and a consolidation of the option to confront the Zionist-American project. We call for the removal and lifting of the unjust sanctions against the Iranian Muslim people, who clearly announced their choice in the elections.”