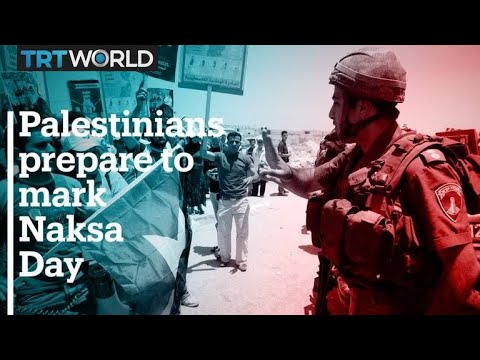 Even by the standards of previous Israeli coalitions, the new government that’s just been announced includes strange bedfellows.

The eight parties in the coalition range from the right-wing nationalist Yamina party to social-democratic Labor and left-wing Meretz. And for the first time in Israeli history, the coalition includes an Arab-Israeli party, Ra’am, whose four Knesset (parliament) seats enable the coalition to reach a majority.

Another oddity of the new government is that Yamina leader Naftali Bennett will have the first two-year turn of a rotating four-year prime ministership with Ya’ir Lapid, leader of centrist party Yesh Atid.

The new government still has to survive a confidence vote in the Knesset, which is expected within the next week.

Given its ideological differences, the common goal uniting the new coalition is ousting Benjamin Netanyahu, who has been prime minister since 2009. Netanyahu is desperate to hold onto power, not least because being in office provides him with some protection against fraud charges now making their way through the courts.

In the coming days, Netanyahu is expected to offer blandishments to everyone in the coalition in an effort to entice even one to defect. If he can do that, a new election would be likely (Israel’s fifth since 2019), giving him another chance to survive.

Ra’am leader Mansour Abbas will also be under pressure. Other Israeli-Arab parties and Palestinians in the Occupied Territories have criticised him as a defector. His response is that by joining the coalition he will win increased social and economic benefits for all Arab-Israelis.

No new impetus for a two-state solution

A further consequence of the coalition’s fragile make-up: it will almost certainly eschew initiatives to advance negotiations between Israel and the Palestinian Authority for a two-state solution.

Bennett, the prime-minister-in-waiting, is in some ways more right-wing than Netanyahu.

Netanyahu paid lip service to a two-state solution during his long time in office, mainly to placate the US, though he never sought to advance it. Bennett, by comparison, has made his name in Israeli politics through strong support of the West Bank settler movement. He has also rejected a separate Palestinian state and called for Israeli annexation of the settler blocs.

Any moves in that direction are probably on hold for now because they would almost certainly cause Meretz and Ra’am to leave the coalition. Instead, the new government is expected to concentrate on domestic concerns, chief among them rebuilding the economy in the wake of the pandemic.

This leaves Palestinians in the West Bank and Gaza in a bind – but also with an opportunity.

On the face of it, they face a seemingly dire situation if the new government is confirmed. The Palestinians already feel deserted by two Arab states, the United Arab Emirates and Bahrain, when they signed an accord with Israel last year. They must now be fearful that Ra’am’s move undermines them further.

Moreover, the Palestinian movement is split between Fatah, which predominates in the West Bank, and Hamas, which has ruled Gaza since 2007. Israeli politicians regularly claim Israel is ready to negotiate but has “no partner for peace”.

Israel, regardless of its governing coalition, is comfortable with the current situation. It’s under no pressure to make concessions to the Palestinians. And when conflict breaks out with Hamas, it deploys overwhelming force to quell it – “mowing the grass,” as Israeli military strategists describe it.

The US approach is little more than formulaic. Following the latest Gaza flare-up, President Joe Biden called for resumption of talks on a two-state solution – which his advisers, if not he, must know is now out of reach.

But Biden has also made clear he wants out of the Middle East so he can focus on more pressing foreign policy problems, like China.

There remain two alternatives for the Palestinians: maintaining the status quo with recurring conflict stretching into the future – or a one-state solution.

The one-state solution would merge Israel, the West Bank and the Gaza Strip into one country. This idea started to emerge among Palestinians as Israeli settlements in the West Bank grew after the 1967 Arab-Israeli war and took on permanent status.

It fell out of favour when Israeli Prime Minister Yitzhak Rabin and Yasser Arafat, chairman of the Palestine Liberation Organization, signed the Oslo Accords in 1993. This agreement provided a framework for negotiations aimed at a two-state solution. But these talks have continued to no avail.

A one-state solution is not perfect, either. For starters, it would require Palestinians to give up their claims to a separate state. They would have to acknowledge Israel’s creeping annexation in the West Bank has made a second state in historical Palestine unviable. They would have to accept they are part of one state controlled by the Israeli government.

To jettison the two-state ideal would be contrary to the self-determination that generations of Palestinian nationalists have demanded and fought for. Both Fatah and Hamas would likely both reject it, as they would also lose power in the areas they nominally control.

Any Israeli government would also likely reject such a proposal. To accept it would undermine the Zionist ideal on which Israel was established.

Palestinians in Israel and the Occupied Territories already outnumber Jewish Israelis. As such, it would no longer be realistic for Israeli governments to designate Israel a Jewish state, which happened when the Knesset passed the “nation-state law” in 2018 – effectively making Palestinian Israelis second-class citizens.

What it would take to get there

But under such a system, Palestinians could demand equal citizenship, with all the civil rights now denied to them. And for Israel, it would offer a path towards a real peace, though it would require major compromises on its founding ideology.

To counter the self-interest of their politicians and hard-line attitudes on both sides, ordinary Palestinians would have to start a grassroots movement to push for this solution. This would require the emergence of more enlightened Palestinian leadership. It would also require support from liberal Jewish Israelis.

Both might be difficult to achieve. Although support for one state has increased among Palestinians, it’s still only favoured by a third of those living in the West Bank and Gaza, according to a recent poll. And just 10% of Jewish Israelis support such a plan, according to a 2020 poll.

Critics of the one-state solution will say it is unrealistic, that there is too much accumulated hatred on both sides. But at this stage Palestinians have nothing to lose. As it is, they are effectively living in one state now, with Palestinians in Israel having fewer rights than Israelis, and Palestinians in the Occupied Territories living under Israeli laws they have no say in making.

And Palestinians would be putting the negotiating ball firmly in Israel’s court – which is where Israel’s new government does not want it.