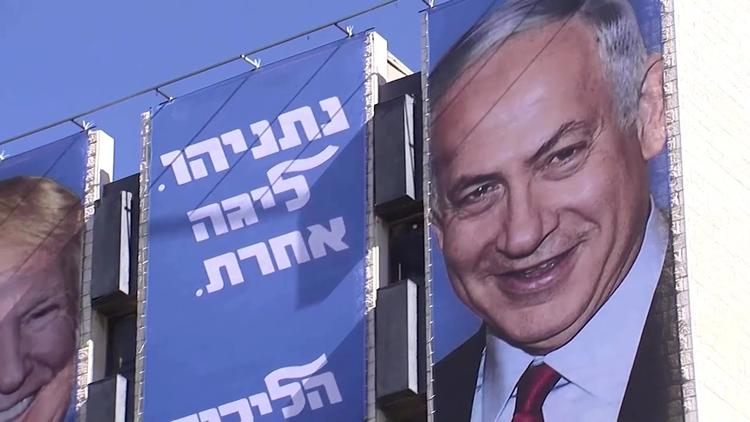 Ann Arbor (Informed Comment) – Bilal Daher reports at the Israeli newspaper Arab 48 that outgoing prime minister Binyamin Netanyahu addressed the Likud Party bloc in the parliament or Knesset on Sunday, alleging that the multiparty coalition that was formed to unseat him is the “greatest election fraud” . . . “in the history of democracy.”

In his continued attempt to claim the title of the Trump of the Middle East, Netanyahu instigated the Right wing and the hundreds of thousands of squatters on Palestinian land against the “Change” coalition of eight parties seeking to unseat him, which run the gamut from the extreme right to the left-liberal. He rejected the warning of Nadav Argaman, the head of the Shin Bet intelligence agency, that heated rhetoric could incite violence among Israelis during the transition and could even lead to an assassination. Argaman appears to have been criticizing Netanyahu.

The Jerusalem Post reports that Avigdor Lieberman of the “Israel Our Home Party,” who is part of the “Change” coalition, asserted last week that he anticipates that what “everyone saw happen in the Capitol in Washington to happen” in Jerusalem.

The same source says that Netanyahu is refusing to have his staff prepare a transition to Bennett should he win the Knesset vote of confidence this coming Wednesday. (This is another petty gesture he seems to have borrowed from Trump).

Netanyahu riposted, “It is not possible to shut us up and to prevent criticisms from being launched,” adding, “the freedom of expression is not incitement, and they are attempting to portray the Right as violent and a danger to democracy.”

Netanyahu had called on squatters on Palestinian land in the West Bank to surround and besiege the homes of some Change coalition members of parliament on the Right, to pressure them into defecting to Netanyahu. He is using the squatters, who are armed and often terrorize indigenous Palestinians and steal their property, as a sort of Mussolini-style Black Shirt paramilitary. Netanyahu’s Likud Party was influenced by the far right nationalist tendencies of European politics in the first half of the twentieth century.

Netanyahu has criticized Change leaders Naftali Bennett and Yair Lapid for accepting into their coalition Mansour Abbas of the United Arab List, an Israeli of Palestinian Muslim heritage who provided the essential 61st seat to Change in the 120-member parliament. He said he had never intended to ally with Abbas. Daher points out that this assertion is a lie, and that Netanyahu wooed Abbas but the possibility of having him join the Likud-led coalition was nixed by Shas, the Orthodox religious party, which said it would refuse to sit in Netanyahu’s government if it included a Palestinian-Israeli.

Netanyahu warned that the small leftist parties, Meretz and Labor, and the centrist There is a Future Party (Yesh Atid) of Lapid would never take bold action against Israel’s enemies or inside Iran.

Netanyahu boasted that his government had doubled the number of Israeli squatters on the Palestinian West Bank (he didn’t put it that way of course).

Israel militarily occupies the Palestinian West Bank, and for the occupying power to flood its own citizens into occupied territory is a war crime in international law. The Fourth Geneva Convention forbids it in hopes of forestalling the sort of thing Nazi Germany did in occupied Poland, where it expelled Poles and brought in ethnic Germans to replace them, in hopes of Germanizing Poland.

Netanyahu charged that “their government will not stand steadfast before pressures to freeze the building of settlements or even to uproot the settlers, or against pressures [to allow] the opening of an American consulate for the Palestinians in Jerusalem and the reopening of the issue of dividing Jerusalem. This government will not stand against the return of the United States to the nuclear deal [with Iran] that threatens our existence.”

Israel unilaterally annexed part of the West Bank, including East Jerusalem, which is illegal in international law, and which is not recognized by most of the world’s countries.

Netanyahu is trying to stay in office in part by running against Joe Biden’s foreign policy, which seeks a two-state solution in Israel-Palestine and a return to the 2015 nuclear deal with Iran, which had limited Iranian enrichment of uranium to 3.6% for reactor fuel. Since Netanyahu conspired with Trump to cancel the deal, Iran has begun enriching as high as 60%. Enrichment to 95% is needed for an atomic bomb.

Netanyahu called on two right wing members of incoming prime minister Naftali Bennett’s own Yamina Party to “do the right thing” and defect to him.

For his part, Bennett, who is to Netanyahu’s Right on most issues, called on his rival to do the right thing and not engage in a “scorched earth” policy that would harm Israel.