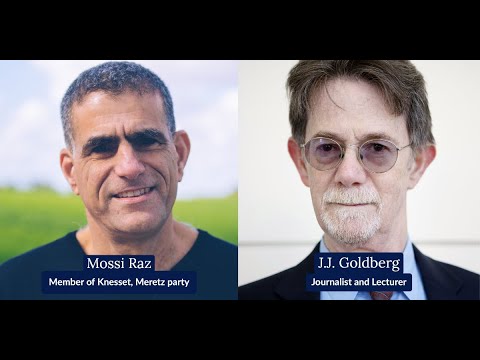 ( Richard Drake) – The sickening events lately occurring in the Middle East have shocked and outraged the conscience of the world. The experts who have tried to pacify the Middle East, whatever their real intentions, obviously have failed to achieve anything but the preservation of a status quo guaranteed to produce one crisis and war after another. None of the proposed solutions has dealt effectively with the real cause of all the trouble, the Palestinian problem.

To understand the real nature of the Palestinian problem, it is helpful to read what some independent-minded Israeli writers have had to say about the Middle East. In 2016, the University of Montana brought Avishai Margalit to speak in the President’s Lecture Series. A professor of philosophy at the Hebrew University of Jerusalem, he is one of the most famous scholars in the world and an astute observer of life in Israel.

Much of Margalit’s talk concerned the intractable Palestinian problem. He focused not on Hamas, but on the supporters of Benjamin Netanyahu at home and abroad. Reformers in Israel faced insuperable obstacles from the deeply entrenched and increasingly powerful conservative establishment, made up of strongly religious elements, fanatical settlers and a repeatedly re-elected Likud government committed to maintaining and augmenting the repression of Palestinians. Uncritical American backing of Israel reinforced the impasse, he told us.

Similar testimony from other Israelis casts additional light on the underlying causes of the current violence in Gaza and Jerusalem. David Grossman, a prize-winning novelist, has been writing since the 1980s about Israel’s mistreatment of the Palestinians. “The Yellow Wind” (1987) and “Sleeping on a Wire: Conversations with Palestinians in Israel” (1992) bear witness to the suffering of these people. He more recently declared, “Today we are at one of the lowest points in the relations between Israelis and Palestinians. The idea of dialogue, reconciliation and peace seems farther away than ever.”

Amos Elon, who died in 2009, was regarded as one of Israel’s best journalists. In “A Blood-Dimmed Tide: Dispatches from the Middle East” (1997), he criticized “the self-destructive nature of Palestinian politics,” but added that Muslim extremism occurred largely because of Israeli policies in the territories. He predicted in a 2003 New York Review of Books article that if present trends continued, there would be endless terrorism with “results far more terrible than those we are now witnessing.”

Gideon Levy and Amira Hass report regularly in the Tel Aviv newspaper Haaretz about the torments of the Palestinians. In “The Punishment of Gaza” (2010), Levy castigates Israel’s 2009 invasion, which resulted in the killing of over one thousand Palestinians and the devastation of Gaza’s already woefully deficient infrastructure. Hass, the author of “Drinking the Sea at Gaza: Days and Nights in a Land Under Siege” (2000), has lived full-time among the Palestinians. She compares Israel’s policies with South Africa’s apartheid system.

Nearly a hundred years ago, at about the time the Palestinian problem first arose, the Jewish moral philosopher Martin Buber addressed the larger historical context of what ailed the world in the aftermath of the Great War. In “I and Thou” (1923), he described the postwar era as a uniquely sick age with a faith in violence as its real religion. He called for a moral revolution to overcome the evils engendered by materialism and, above all, the corrupting distortions of nationalism.

History has not relaxed its hold on us. The situation in the Middle East is a consequence of our failure to heed Buber’s call.

This Op-Ed was first published on May 30, 2021 in the Missoulian Newspaper.

Reprinted by the author’s permission.

Partners for Progessive Israel: “After the Ceasefire, What’s Next? A View from the Israeli Left”

Richard Drake Richard Drake received a Ph.D. in history from UCLA in 1976. His teaching career at the University of Montana began in 1982 where in 2017 he became the inaugural holder of the Lucile Speer Research Chair in Politics and History. His published work includes four books on modern Italian history, including The Revolutionary Mystique and Terrorism in Contemporary Italy (1989), which will appear in a second edition later this year from Indiana University Press. He has published two books on American foreign policy: The Education of an Anti-Imperialist: Robert La Follette and U.S. Expansion (University of Wisconsin Press, 2013) and Charles Austin Beard: The Return of the Master Historian of American Imperialism (Cornell University Press, 2018). He currently is working on a book with the working title of “Mark Twain and the Course of the American Empire.”