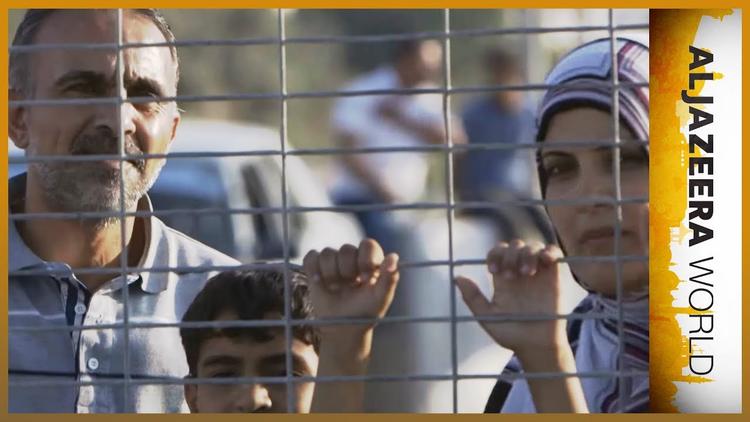 Ann Arbor (Informed Comment) – I can’t tell you how many times I have heard Israeli officials talk as though the 1967 Israeli military occupation of the Palestinian West Bank and Gaza were a kind of accident that left them with a dilemma.

One told me it was like having a used car that you couldn’t sell. He meant that some in Israel would like to give the West Bank back to Jordan and Gaza to Egypt as a way of avoiding a Palestinian state, but Jordan and Egypt don’t want the grief. At the 1974 Rabat conference, Jordan and Egypt pledged to see a Palestinian state in Gaza and the West Bank. Egypt and Jordan are never going back on that pledge; Egypt has all the trouble it can handle in the Sinai Peninsula, and Jordan’s monarchy would be destabilized if the country had even more Palestinians (they are 60% of the population; it is the 40% who are East Bankers that are the biggest fans of the Hashemite monarchy).

Adam Raz, an Israeli researcher at the Akevot Institute for Israeli-Palestinian Conflict Research, has published in Haaretz about historical documents he found in Israeli archives that blow a hole through the used car narrative so big you could drive a truck through it.

The story begins with the 20 percent of the Israeli population after 1948 that was of Palestinian heritage, typically called in the Hebrew press “Israeli Arabs” (terminology that tended to disguise their Palestinian identity, since Zionists have spent a lot of time denying there are any Palestinians, sort of the way Trumpies maintain that Biden is not actually in the White House).

From the beginning of the Israeli state until 1966, Palestinian-Israelis were viewed as a potential security challenge, and they were placed under military rule. Thus, Israeli military officers and administrators in the ministry of defense gained practice in ruling over a Palestinian population and developing intelligence on it. This required developing paid informants or blackmailing people into informing.

The story continues with the 1956 war of aggression launched by Israel, Britain and France against Egypt, during which Israel occupied the Gaza Strip and the Sinai Peninsula. Some 70 percent of the Palestinian residents of Gaza had been ethnically cleansed from Beersheva, Ashdod and other southern cities in what became Israel by Zionist paramilitaries, forced to flee for their lives, penniless and refugees, to the Strip, which had Egyptian military protection. One Hagana document estimated that 75 percent of the flight of Palestinians during the 1948 War was owing to the activities of its partisans. Israelis usurped the Palestinians’ homes and farms and left them destitute in camps. Now in 1956, Israel had come after them and was ruling over them.

President Dwight Eisenhower saw the 1956 War as a shameless violation of the United Nations Charter, which attempted to forestall more World War IIs by forbidding the acquisition of territory by warfare. He angrily ordered Prime Minister David Ben-Gurion to get right back out of Egyptian territory, which meant also withdrawing from Gaza. Ben-Gurion dreamed of expanding Israeli territory beyond what his forces had managed to capture in 1948. Prime Minister Moshe Sharett, who served in the mid-1950s between Ben-Gurion’s two terms, reported in his diary cabinet discussions about grabbing southern Lebanon and the waters of the Litani River.

So, Raz, reports, in the early 1960s Israeli officers drew on their experience of militarily administering the Palestinian-Israelis in the Galilee and on their brief occupation of Gaza in 1956, and began scheming to get Gaza back, along with the Palestinian West Bank, Syria’s Golan Heights (maybe even Damascus itself) and southern Lebanon.

The officers anticipated that at some point the opportunity would present itself for Israel to grab these territories, and urged that military men be trained to administer them for as long as Israel could keep them. The officers admitted that, given the experience with Eisenhower, they might have to relinquish these territories again under international pressure.

One document argued that “However, a convenient political situation might develop which will make it possible to retain occupied territory indefinitely” (my emphasis).

So the military occupation of Gaza and the West Bank wasn’t the accidental acquisition of a used car lemon that the Israelis wish they could unburden themselves from. It was one of the more audacious and destructive deliberate land-grabs of the last third of the twentieth century. Even in the mid-1960s, Israeli officers were already envisioning the possibility of an “indefinite” occupation of these lands. 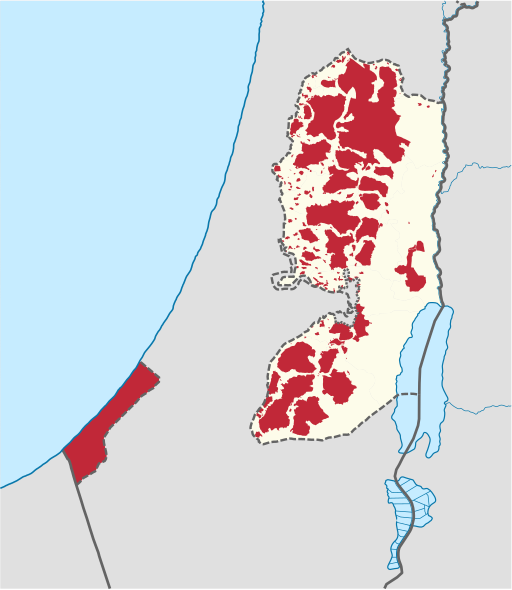 Red shows Palestinian populations in West Bank and Gaza amid Israeli-controlled territories in Palestine. Attribution and license are at Wikimedia.

Indefinite occupation is illegal in international law– military occupations are only allowed during hostilities and are limited to a single year.

It is fascinating that the internal military rule of Palestinian-Israelis provided the experience and practices that the officer corps hoped to deploy in the West Bank and Gaza. A sort of internal colonization provided the impetus for external colonization. It reminds me of how it was often the same officers who fought the Indian Wars in the West in the late nineteenth century who went on to occupy and brutalize the Philippines population when the US conquered that territory away from Spain.