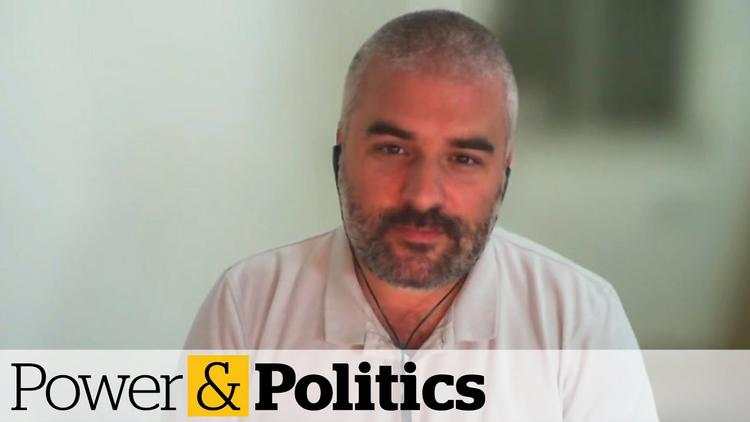 Perth, Australia (- Special to Informed Comment) – “We will reclaim the lands that were expropriated from our people,” said Dr. Mansour Abbas, 47, in a largely Arabic-language speech before the Knesset plenum. “This is a national cause of the first degree.” This, he said right before being sworn in to join a patchwork coalition led by a man who openly supports annexation of most of the West Bank. Naftali Bennett, Yamina leader and former IDF officer; a man who once gleefully claimed to have “killed lots of Arabs.”

The irony almost certainly wasn’t lost on Abbas, Israel’s new kingmaker. Together with three colleagues from his United Arab List (Ra’am), the Islamist politician broke with Joint List orthodoxy to hand Bennett a one-seat majority in the Knesset. Enough to unseat Benjamin Netanyahu–but, in this case, maybe better the devil you know.

Though the formal integration of an Arab party into an Israeli coalition government sets a historical precedent, it’s not–as plenty of mainstream news outlets would have you believe, a sudden sea change in Israeli-Arab relations. Arab citizens have served in various capacities within successive Israeli governments; most notably Ghaleb Majadleh, a one-time minister of science, culture, and sport. The late Prime Minister Yitzhak Rabin accepted the support of an Arab party in the wake of the Oslo Peace Accords in the 1990s–though the relationship was never formalized.

It’s hard to believe, as Abbas himself puts it, that “the very act of our participation in this government and in this political process brings […] calm to the region, a feeling of hope, that it’s possible to live together,” he says. Discourse befitting of a kingmaker, but patently wrong nonetheless.

His willingness to break from tradition to join the “Change” coalition has, in fact, so far soured tensions; far-right Israelis have bashed Bennett for accepting a “terror supporter” into their midst, while Palestinians have zeroed in on his supposed fracturing of the united Arab-Israeli parliamentary front. “He wants to get in the new government to get as many personal gains as he can,” says Gaza-based political analyst Hassan Lafi. “And to create an alternative leadership of the 48-Palestinians, other than the currently existing one.”

Any ulterior motives aside, that criticism ignores a far more serious issue–and that which explains Abbas’ ostensible mental gymnastics in terms of the settlements issue. He simply doesn’t care about Palestinians outside the Green Line. “We focus on the issues and problems of the Arab citizens of Israel,” Abbas told Time last week. “We have cardinal problems: crime, violence, economic distress, severe lack of housing, unrecognized villages in the Negev. We want to heal our own problems.”

Where he’s been lauded–like, most recently, in Al-Monitor for having “changed the rules of the game,” you’ll notice one key commonality: it’s always from Arab-Israeli writers, rather than stateless Palestinians.

To be sure, social issues plaguing the Arab community (particularly in the south) have reached a head, and it is a sign of positive change to see them ameliorated. Abbas’ accession to the Change coalition was secured in exchange for not-so-insignificant gains for that group:

● The doubling of a five-year economic development plan for the Arab community, now worth 30 billion shekels ($US9.3 billion)

● A government plan to address violence within Palestinian communities in Israel;

● The recognition of Palestinian Bedouin villages in the Naqab/Negev desert; and

● The abolition of the Kaminitz Law, a crackdown targeted at unlicensed construction in Arab communities.

But taken in the context of the apartheid policies Palestinians as a whole are subjected to, these concessions seem lukewarm. In keeping with his blue-and-white blinkered view of the occupation, Abbas does not openly address policies promoted by the Israeli right to dilute Palestinian collective identity and erase their heritage–tactics which most recently culminated in the Sheikh Jarrah uprising. It’s also well worth asking if, under such a system, Palestinians can ever become citizens of a non-secular state–and how, if Abbas sticks to his selective view of the conflict, he can actively advocate for Palestinians within a framework that treats them as second-class citizens.

Taking a realpolitik approach to improving the lot of Arab-Israeli citizens is one thing–callously disregarding Palestinian non-citizens is another. Tellingly, Abbas addressed these tensions to Italian daily La Repubblica on Friday. “There will be difficult decisions to be made, including security decisions,” he said. “We have to juggle our identity as Palestinian Arabs and citizens of the State of Israel, between civil and nationalistic aspects.”

Abbas is to be commended, to a degree, for negotiating improved living conditions for those Palestinians living in Israel. But it does raise the question of what sort of would-be Palestinian leader pays not the slightest lip service to the suffering taking place in Gaza and the West Bank–and one who will happily work side-by-side with a man like Naftali Bennett.