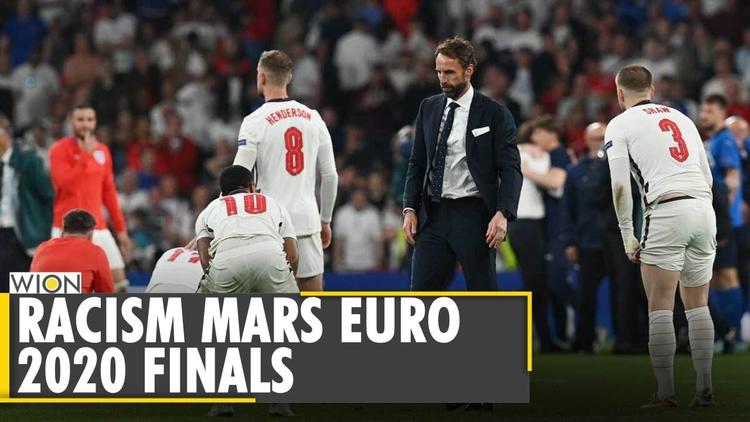 ( Middle East Monitor) – Europe’s identity crisis is not confined to the ceaseless squabbles by Europeans over the EU, Brexit, or football. It goes much deeper, reaching sensitive and dangerous territory, including that of culture and religion. Moreover, once again, Muslims stand at the heart of the continent’s identity debate.

Anti-Muslim sentiments are rarely framed as such. While Europe’s right-wing parties remain committed to the ridiculous notion that Muslims, immigrants, and refugees pose a threat to the continent’s security and secular identities, the left is not entirely immune from such chauvinistic notions.

The right’s political discourse is familiar and is often condemned for its repugnant, ultra-nationalistic — if not outright racist — tone and rhetoric. The left, on the other hand, is a different story. The European left, notably in countries like France and Belgium, frames the “problem” with Islam as fundamental to their supposed dedication to the secular values of the state.

“A problem arises when, in the name of religion, some want to separate themselves from the republic and therefore not respect its laws,” said French President Emmanuel Macron during a speech in October last year

Leftist politicians and intellectuals were just as eager as those on the right to prevent Ihsane Haouach, a Belgian government representative, from serving as a commissioner at the Institute for the Equality of Women and Men (IEFH). Politicians on all sides joined forces, although without an official declaration of unity, to ensure that Haouach had no place in the country’s democratic process.

It was a repeat of a similar scenario in France in May when Sara Zemmahi was removed from the ruling party’s list of election candidates for seemingly violating France’s valeurs de la République, the much-vaunted values of the republic.

These are examples, but the issue is not restricted to French-speaking countries. There are many such disquieting events pointing to a deep-seated problem that remains unresolved. In Britain, Rakhia Ismail was celebrated as the country’s first hijab-wearing mayor in May 2019; she resigned less than a year and a half later, citing racism and marginalisation.

While the Belgian, French, and British media elaborated on these stories as if unique to each specific country, in truth they are all related. Indeed, they are all the outcome of overriding anti-Muslim prejudice, coupled with a wave of racism that has plagued Europe for many years, especially in the past decade.

Though Europe’s official institutions, mainstream media, sports clubs and so on continue to pay lip service to the need for diversity and inclusion, the reality on the ground is entirely different. A recent example was the horrific outcome of the England football team’s defeat in the Euro2020 final against Italy. White, mostly male English gangs attacked people of colour, especially black people, on the streets and online. The extent of cyber-bullying, in particular, targeting dark-skinned athletes is almost unprecedented in the country’s recent history.

Various British officials, including Prime Minister Boris Johnson, condemned the vile racism. Interestingly, many officials like him have said or done very little to combat anti-Muslim hate and violence in the past, which often targeted visibly Muslim women for their head or face covering.

Strikingly, Johnson, purportedly now leading the anti-racist charge, is one of the most disparaging of officials who have spoken demeaningly about Muslim women. “Muslim women wearing burka look like letter boxes,” he said, according to the BBC.

Of course, Islamophobia must be seen within the larger context of the toxic anti-refugee and anti-immigrant sentiments now defining and shaping modern European politics. It is this hate and racism that has served as the fuel for rising political parties like Le Front National in France, Vlaams Belang in Belgium, the Freedom Party in Austria, and the Lega in Italy. In fact, there is a whole intellectual discourse, complete with brand new theories that are used to channel yet more hate, violence, and racism against immigrants.

And where is the left in all of this? With a few exceptions, much of the left is still trapped in its own intellectual hubris, adding yet more fuel to the fire while veiling criticism of Islam as genuine concern for the future of secularism.

Oddly, in Europe, as in much of the West, the use of crucifixes and Stars of David as necklaces, or the Catholic nuns’ head covering, velo delle suore, as well as the kippahs, religious tattoos and many other such symbols, are all part of everyday culture. Why do we never hear about a Jewish man being tossed out of a public building because of his kippah or a white French woman being expelled from university for wearing a crucifix? The matter has less to do with religious symbols, in general, than with the religious symbols of races and peoples who are simply unwanted in Europe.

Furthermore, limiting the discussion to refugees and immigrants may give the impression that the debate is mostly concerned with the non-European “others” who are “invading” the continent determined to “replace” Europe’s original, white, Christian inhabitants. This is hardly the case, since a sizable percentage of Belgians and French, for example, are themselves Muslims, estimated at six per cent and five per cent of the respective populations. These Muslims are European citizens.

Haouach, Zemmahi, and Ismail actually wanted to be a part of — not break away from — their societies by honouring their country’s most cherished political traditions, yet without erasing their own cultural heritage and religious identities in the process. Alas, they were all vehemently rejected, as if Europe has made a collective decision to ensure that Muslims subsist on the margins of society forever. And when Muslim communities try to fight back, using Europe’s own judicial systems as their supposed saviours, they are, once again, rejected. Last month, Belgium’s constitutional court resolved that prohibiting the wearing of hijab does not constitute a violation of freedom of religion or the right to education.

It is time for European countries to understand that their demographics are fundamentally changing and that such changes can, in fact, be beneficial to their national health. Without true diversity and meaningful inclusion, there can be no real progress in any society, anywhere.

However, while demographic shifts can offer an opportunity for growth, they can also inspire fear, racism, and, predictably, violence. Europe fought two horrendous wars in the twentieth century to overcome dictatorship and oppression; they involved people of all races and religions from far-flung corners of European empires in the process. The people of Europe should know better than to allow extremist minorities across the political spectrum to drag them along that disastrous path yet again.