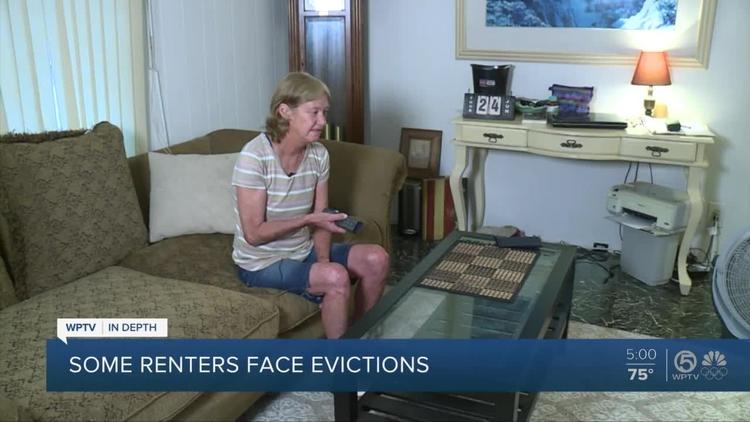 Southwest Harbor, Maine (Special to Informed Comment) – What is going to happen when the eviction protections now scheduled to expire at the end of July finally do so? The rental deficits hanging over some tenants’ heads are so extreme that default is virtually inevitable, and the numbers affected so many that rental debt is both an individual and systemic issue

The Center for Budget and Policy Priorities reports that 11 million adults are in danger of eviction when federal and other moratoriums expire. Staggering as this statistic is, it only touches the most measurable aspect. Even before the pandemic rent consumed so large a portion of family income that loss of a job threatened prompt eviction along with the emotional trauma that entailed. Even many who remain housed know they are only a paycheck away from homelessness and live with continual anxiety.

The housing market reflects and also intensifies our growing wealth inequality. Builders have little incentive to construct affordable housing for low income, job- insecure tenants. The top 5 percent , now often working at home, have the incentive and means to demand gated communities and expansive estates with the latest amenities. Tax law, treating sale of a home to purchase a more expensive one as exempt from capital gains tax, only speeds the process.

More generally housing has become a large part of the financialization of US capitalism. Deregulation, an economic science that builds complex models rather than the structures themselves , fosters an economy where digitalized assets, such as mortgages bundled and then sold away to are bought and sold with profits far in excess of returns on the construction itself The process generates retirement income for middle class professionals and mega wealth for Wall Street titans—until these ponzi schemes hiding as the latest magic formula don’t work any more and crash.

When the ponzi economy crashed the damage even for the middle class was so great that extensive mortgage foreclosure relief was promised by the incoming Obama administration. That promise was largely broken, and failure to deliver relief to homeowners even as finance center banks were made whole became a source of intense bitterness

Defenders of the neo liberal economy hope to survive any eviction crisis by sowing bitterness and doubts among the victims of the eviction crisis.They portray The Great Recession as a likely consequence of government insistence on generous credit terms for working class and minority borrowers, And those who have benefited from bailouts under Obama and trillion dollar tax cuts under Trump claim we cannot afford further relief for poor and working class renters facing eviction for no fault of their own.

As for the effort to scapegoat working class and minority borrowers beyond its racist taint it has a hard time countering some clear facts. Duke University researchers point out: “while everyone’s default rates rose during the crisis, what rose most dramatically were the default rates among prime borrowers—middle- and high-income homeowners and speculators, mostly those buying in areas where house prices had risen rapidly. “

Not only are poor, minorities, and working class unfairly blamed they are also punished to an extraordinary degree. Those of us fortunate enough never to have defaulted on a mortgage or even have friends who did may not be aware of the permanent damage. Mortgage default goes on one’s permanent credit record and a default is a kiss of death with most landlords. Default puts one on the fast track to homelessness. Or as some commentators have aptly put it, tenants who have been once evicted are compelled hereafter to wear the scarlet E.

The moral case for rental assistance in some form is compelling, as is the practical economic argument. Policy makers should not be setting arbitrary dates for the termination of rental assistance.. That is especially the case since governments at all levels have been slow in delivering promised aid. Wind down any rental assistance or rent cancellation when tenants are in a position to pay a reasonable rent. Housing justice advocates differ among themselves on rent cancellation versus rental relief. But all would agree that either is preferable to the current situation and the impending crisis. I argue for universal cancellation as part of an overall debt cancellation.including student debt. (

Economists Michael Hudson and Steve Keen have made powerful case for society-wide debt Jubilees and the role of debt in regime stability A broad strategy avoids the invidious politics of who is covered and where the lines are drawn. Moreover it spares an already overworked working class of the burdens of one more complicated form. Housing should be seen as a human right. In a recent opinion piece David Moscrop argues:

“Access to a home ought to be a positive right and the state ought to be beholden to everyone to ensure that they have somewhere safe and permanent to live. The dignity and security of the individual requires it. What is the point of a state– or a society—if not to meet such basic requirements? Moreover, not only do we individually need homes, communities require that each of us has access to housing that help serve as a foundation upon which we can build relationships with one another and with the cities in which we live. We also need safe, permanent housing to ensure democratic rights and capacities, from the vote to community participation in self-determination. It is therefore also in the public interest that housing is de-commodified.

Now I know readers will worry over how to pay for this. Most political leaders lament large deficits only when the other party is in power. Tax cuts for the wealthy and asset purchases by the Fed have pumped trillions into our economy with inflation still way below historic trends. If a broad debt forgiveness program becomes inflationary taxes to slow growth and address inequality would be appropriate. But for those who insist on paying for these programs now, UT economist James Galbraith has a tax idea that would curb the speculative excesses of markets and fund a more just housing market.

“A… way to tax fairly is to tax land and other publicly created property rights, such as mineral rights, parts of the electromagnetic spectrum, corporate charters, licences, patents, copyrights and rights of way. Unlike financial wealth, land sits still. It can be measured, appraised and taxed each year on its market value. The result is efficient use of land and other rights, and abundant funds for urban reconstruction, development and maintenance—a virtuous cycle of public investment, land value and public purpose….”

One of the most pressing needs for urban reconstruction is affordable housing. A land tax could provide the necessary capital. Just as important these resources could facilitate different models of land and building management, such as cooperatives and land trusts. Housing as a product and promoter of democratic initiatives is a worthy goal in our fights against eviction.