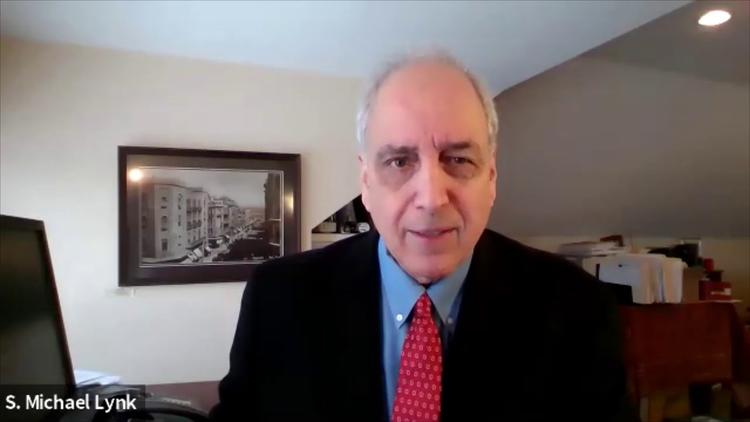 Ann Arbor (Informed Comment) – Canadian academic and the UN Special Rapporteur on the situation of human rights in the Palestinian Territory occupied since 1967, Michael Lynk, made waves on Friday.

Lynk asked the nations of the world to classify the Israeli government practice of sponsoring Israeli squatters on Palestinian-owned land on the Occupied Palestinian West Bank as a “a war crime under the Rome Statute of the International Criminal Court.”

The Special Rapporteur explained, “For Israel, the settlements serve two related purposes. One is to guarantee that the occupied territory will remain under Israeli control in perpetuity. The second purpose is to ensure that there will never be a genuine Palestinian state. These are exactly the reasons why the international community agreed to prohibit the practice of settler implantation when it created the Fourth Geneva Convention in 1949 and the Rome Statute in 1998.”

He called the Israeli squatters “the engine of Israel’s 54-year-old occupation, the longest in the modern world”.

The UN High Commission on Human Rights notes that “There are now close to 300 settlements in occupied East Jerusalem and the West Bank, with more than 680,000 Israeli settlers.”

Lynk pointed out that the illegality of the Israeli squatter-settlements is the most settled issue in international law. The UNHCR concurs that “Their illegality has been confirmed by the United Nations Security Council, the General Assembly, the Human Rights Council, the International Court of Justice, the International Committee of the Red Cross, and the High Contracting Parties to the Fourth Geneva Convention,” among many other local and international governing bodies. Actually, you could just have listed the UN Security Council, since its decisions have the force of law internationally. The UNSC has branded Israeli squatter-settlements illegal in a host of resolutions.

The Israeli government is alone in disputing this international consensus, but then prisons are full of convicted bank robbers who proclaim their innocence.

He added, “It is a tragic paradox that, while the Israeli settlements are clearly prohibited by international law, the international community has been remarkably reluctant to enforce its own laws. In December 2016, the UN Security Council reiterated its long-standing demand in Resolution 2334 that Israel must immediately and completely cease all settlement activities. Yet, since early 2017, the UN Special Coordinator for the Middle East Peace Process has reported to the Security Council on 18 consecutive occasions that Israel has taken no steps to comply with its obligations under Resolution 2334.”

The UNHCR summarized the Special Rapporteur’s call for practical action:

In his report, the Special Rapporteur called on the international community to adopt a plan of action:

1. Fully support the work of the Office of the Prosecutor of the ICC as it investigates whether the Israeli settlements violate the Rome Statute;

2. Call upon Israel to fully dismantle its settlements;

3. Develop a comprehensive menu of accountability measures to bring Israel in compliance with international law should it continue to defy the international community;

4. Ensure full accountability of Israeli political, military and administrative leaders who are responsible for grave breaches of international law in the Occupied Palestinian Territory; and

5. Call upon all UN member states to implement the injunction of the Security Council in 1980, in Resolution 465, not to provide Israel with any assistance to be used in connection with the settlements.

Lynk concluded, “The time for criticism of the Israeli settlements has passed. Former Secretary General Ban Ki-Moon has said only last week that it is the lack of any international legal accountability which has enabled Israel to ignore successive UN resolutions. A new approach grounded in international law is the only path to a just end to this perpetual occupation.”

During World War II the Axis aggressors militarily occupied countries and in some instances they attempted to colonize the vanquished with their own population. Germany invaded and occupied Poland in 1939. The National Socialists really did not want there to be a Poland, and they had no intention of ever withdrawing. So they started throwing Poles out of their own country and replacing them with ethnic Germans. If they could have, they would just have erased Poland and made it far eastern Germany.

Likewise during WW II, Mussolini did not just occupy France’s city of Nice and its environs, he annexed it to Italy and intended never to relinquish it.

It was to prevent this sort of behavior that the framers of the Fourth Geneva Convention forbade Occupiers from transferring their own populations into occupied territories. Even earlier, in the 1907 Hague Regulations, the occupier is forbidden to introduce substantial changes into the economy and ways of life of an occupied people. Occupation in the international law of war was recognized as legitimate only for a year or so, during hostilities. Israel’s occupation of the Palestinians, now over 50 years old, has become illegal.

The language forbidding the transfer of population from the occupying state to occupied territory was adopted into Rome Statute, the charter of the International Criminal Court established in 2002 at the Hague, which has been signed by 139 countries and fully ratified as national law by 123. The International Criminal Court has begun an investigation of Israeli and Hamas war crimes in the Occupied Palestinian territories.