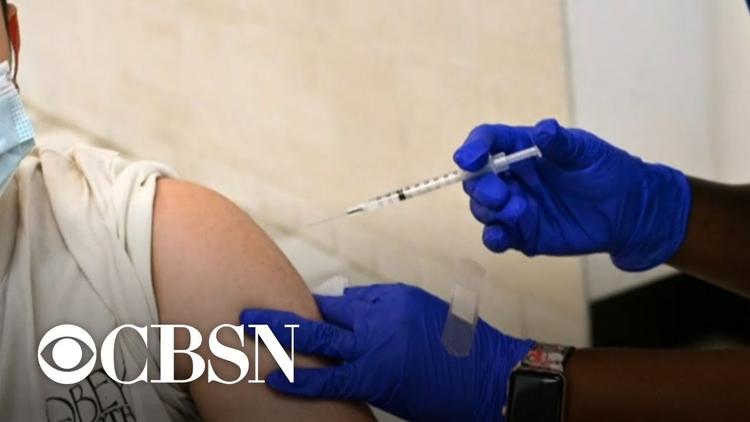 Ann Arbor (Informed Comment) – The Washington Post reports that the rate of coronavirus infections is twice as high in Trump-voting counties as in Biden-voting ones.

And ABC News reports that the US now has the highest average daily number of new coronavirus cases in the world..

Only about 57% of Americans ages 12 and up are fully vaccinated. The advent of the Delta variant of the coronavirus, which is ten times more transmissible than the original and 85% more likely to put you in the hospital, means that 43% of Americans are willfully exposing themselves to this monster and also risking spreading it to others. If we subtract the 50 million children under age 12 from the population and multiply the remainder by .43, we get 116,100,000 Americans who are risking the lives of the other unvaccinated and of themselves.

The unvaccinated are disproportionately concentrated in the Bible Belt and the Deep South, i.e., in Trump country. Only 39% of Alabamans are vaccinated. Even their Republican governor called this out as a lack of common sense.

Moreover, even the vaccinated are being exposed to the risk of infection by these people, although almost none of the vaccinated will have to go to hospital or risk death. Me, I don’t want that nasty virus at all.

And all of us, vaccinated and unvaccinated, have to pay the bill when the unvaccinated get Covid-19, as Edward-Isaac Dovere pointed out at the Atlantic. Our taxes will be higher and our insurance premiums will go up, because these selfish people are risking their lives.

The willfully unvaccinated among Republicans are like people with gonorrhea who go around having sex with other people without a condom. That is basically what is happening when an unvaccinated Trumper breathes on you.

Admittedly, there are lots of reasons that some Americans have not gotten vaccinated. Some minorities don’t live near a place that offers the vaccine, or they are working so many hours each week it is difficult for them to find an opportunity, or they can’t afford to take time off work. Others remember when the government did illegal experiments on their people and so have an aversion to recommendations of the white medical establishment.

In addition, a great deal of this vaccine and mask refusal is driven by loony tunes conspiracy theories like that Microsoft’s Bill Gates is using the vaccine to put a computer microchip in you so as to control or monitor your thoughts and behavior.

I can remember when wearing a tinfoil hat was a rare eccentricity. But one poll found that fully forty-four percent of Republicans believe the microchip conspiracy theory.

About a quarter of the 330 million Americans identify as Republicans, or 80 million people. 43% of them is 34.4 million people. That is a lot of people to be off their rockers. Worse, the mental condition could get consolidated. Those 34 million are the most likely victims-in-waiting of the Delta variant, and the coronavirus leaves 1/5 of those it strikes with long term mental problems. You never want to see a hot mess of that magnitude.

Many Republican state legislators have spread around misinformation about the vaccines. These people have many sociopaths in their ranks who have no conscience about endangering their constituents. If they think it will be popular to reject vaccines and masks, they will do so, so as to get reelected and go on feeding at the public trough.

Florida governor Ron DeSantis is on a crusade against schoolchildren wearing masks, putting forward silly and unscientific reasons for it. Masks don’t make you lightheaded, don’t give you fungal infections, don’t interfere with learning and aren’t a form of child abuse. Children cannot yet be vaccinated, and while their vulnerability is low, Delta is more of a danger to them than the original virus and it is unwise to send them among big crowds with no protection.

A renewed mask mandate in the House of Representatives is being angrily rejected by some Republican lawmakers, who apparently think it is all right to spread a deadly disease in the halls of Congress.

This attitude is in some large part because Republican politicians decided to make getting a vaccine or wearing a mask into a “culture wars” issue.

Some things I can understand as culture wars issues. People’s values differ among US subcultures. Urban people differ from small-town or rural ones on some issues, having been shaped by a different style of life.

But spreading around a dangerous respiratory infection isn’t a matter of culture. It is just selfish and is often a sign of irrationality. It is people insisting on giving you the bronchial equivalent of gonorrhea by screwing you over for their own weird purposes.

I propose we replace the weasel term “vaccine hesitancy” with “vaccine selfishness.”