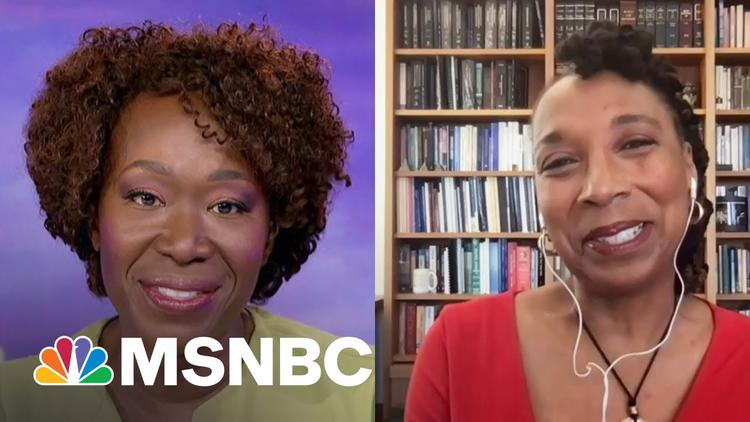 From the moment it was published, the UK’s Commission on Racial and Ethnic Disparities’ report was met with a media storm driven by both its supporters and detractors. Months later, amid continued division over the report’s position that racism isn’t pronounced in the UK, there’s still some confusion about what exactly some of the report’s buzzwords mean.

The terms “structural racism” and “institutional racism” are among many of the concepts that have been mentioned in relation to the report’s position on whether or not racism is ingrained in the UK.

But assessing the truth behind the Commission’s suggestion that these forms of racism aren’t factors in driving racial inequality first requires decoding these terms.

Defined initially by political activists Stokely Carmichael and Charles Vernon Hamilton in 1967, the concept of institutional racism came into the public sphere in 1999 through the Macpherson Inquiry into the racist murder of Black teenager Stephen Lawrence.

Institutional racism is defined as: “processes, attitudes and behaviour(s) which amount to discrimination through unwitting prejudice, ignorance, thoughtlessness and racist stereotyping which disadvantage minority ethnic people”.

As Sir William Macpherson, head of the Stephen Lawrence Inquiry, wrote at the time, it “persists because of the failure … to recognise and address its existence and causes by policy, example and leadership”.

Structural racism refers to wider political and social disadvantages within society, such as higher rates of poverty for Black and Pakistani groups or high rates of death from COVID-19 among people of colour.

In plain terms, structural racism shapes and affects the lives, wellbeing and life chances of people of colour. It normalises historical, cultural and institutional practices that benefit white people and disadvantage people of colour. It also stealthily replicates the racial hierarchy established more than 400 years ago through slavery and colonialism, placing white people at the top and Black people at the bottom.

Structural racism is enforced through institutional systems like seemingly neutral recruitment policies, which lead to the exclusion of people of colour from organisations, positions of power and social prominence. It exists because of white supremacy: a pattern of beliefs, assumptions and behaviours which advance the interests of white people and influences decision-making to maintain their dominance.

White supremacy lies at the heart of how systems in society work. It’s the main reason behind inequalities such as the ethnic pay gap across many institutions, as well as fewer judges and university vice chancellors of colour.

How does structural racism work?

Structural racism exists in the social, economic, educational, and political systems in society. Many of the issues that come with it have been escalated by the pandemic, including the disproportionate deaths of people of colour from COVID-19.

These challenges have worsened because of existing structural racial inequalities which mean that Black and Pakistani communities are more likely to work in unskilled jobs. As a result, many have had to work through the pandemic as key workers, increasing their exposure and susceptibility to catching or dying from the virus.

In fact, large numbers of health workers of colour reported being too afraid to complain about the issues they faced, with some being “bullied and shamed” into seeing patients, despite having no PPE. Their exposure to these inequalities can’t be blamed on pessimism or class or culture, but the structures within which they worked.

Structural and institutional racism account for under-representation in many fields. These barriers are responsible for everything from the 4.9% ethnic pay gap between white medical consultants and medical consultants of colour, a lack of teachers of colour in schools, the 1% of Black professors in universities and the absence of medical training about skin conditions and how they present on black and brown skin. The examples are endless.

It would be easy to blame the people affected, but that would ignore how structural racism works. Black people, for example, can work exceptionally hard but still encounter significant barriers that can be directly traced to issues of structural racism.

It’s also tempting to believe that the success of a small selection of people of colour means that the same opportunities are available to all. The suggestion being that these gains are evidence of a meritocracy (the idea that people can gain power or success through hard work alone). But this ignores the invisible hurdles that on average make the likelihood of achievement for various communities of colour much slimmer than for white people.

Critical Race Theory (a concept devised by US legal scholars which explains that racism is so endemic in society that it can feel non-existent to those who aren’t targets of it) also debunks the idea that we live in a meritocracy. It describes meritocracy as a liberal construct designed to conceal the barriers which impede success for people of colour.

If structural and institutional racism can’t be explained away by the idea that people of colour simply don’t work hard enough, or are “overly pessimistic” about race, it’s apparent that society needs alternative solutions. One of which is accepting not only that racism exists, but that it’s much more far-reaching than it seems to white people. We can’t eradicate these forms of racism without courage, commitment and concerted efforts from those in positions of power, which in the UK especially includes action from the white majority.

Vini Lander, Professor of Race and Education and Director of the Centre for Race, Education and Decoloniality in the Carnegie School of Education, Leeds Beckett University