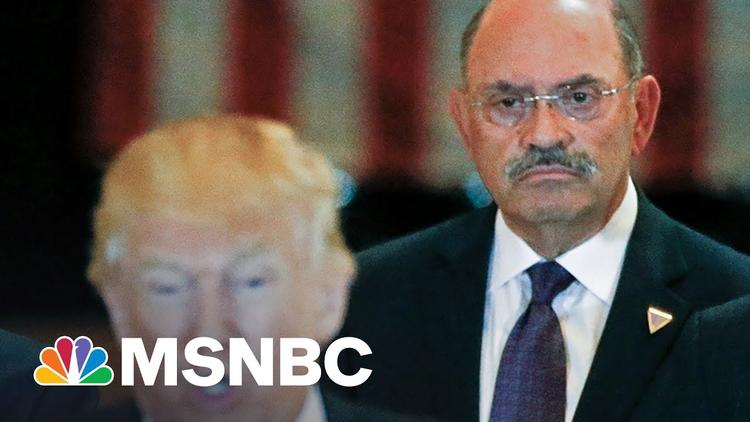 Ann Arbor (Informed Comment) The Trump organization was indicted by a New York grand jury on Wednesday and the indictment is unsealed today, according to Shayna Jacobs, Josh Dawsey, David A. Fahrenthold and Jonathan O’Connell at WaPo. The Trump Org.’s CFO, Allen Weisselberg, was also indicted. Trump himself is not named, but the trial could lead Weisselberg to turn state’s evidence or could throw up new information that could land Trump in legal hot water.

The basis for the charges, as with Al Capone, is apparently cheating on taxes. The Trump organization appears to have routinely remunerated employees with perquisites like free rent, which they did not report to the IRS as income and on which no taxes were paid. This was a way for the organization to save money by paying lower salaries, since lodging was implicitly included, and for employees and for the organization to reduce their tax exposure.

There are some other more important charges that I wish had been brought, and against Trump himself rather than only his company.

1. Culpability for some 500,000 U.S. deaths from the deadly SARS-CoV-2 virus. Some people would have died in the pandemic no matter what the federal government did. But high Trump health officials like Deborah Birx have admitted that the deaths after the first 100,000 fatalities could have been avoided. Those deaths could have been avoided if the government had “‘mitigated earlier … paused earlier and actually done’ greater social distancing and shutdown measures” according to Matthew Brown at USA Today.

The big reason for government failure in this regard, though not the only one, was Donald Trump. He decided that closing down businesses was a horrible strategy for his reelection campaign and would hurt the stock market, on which his wealthy constituency depended. He therefore ended most federal mitigation measures way too early, and sent a signal to governors like those in Florida and Texas to do the same. Trump stigmatized mask-wearing, which was almost as good as a vaccine. He implied that the virus was a hoax, and personally hosted several super-spreader events, setting an example for the nation. At one point he actually urged people to try drinking bleach, which will kill you dead.

2. Aiding and abetting the expansion of the white supremacist movement and mainstreaming it inside the Republican Party. Trump refused to condemn the white supremacists who marched in Charlottesville, Va., in 2017. They were marching against the city’s plan to remove statues of slaver Confederate generals. One of the “very fine people” he praised there murdered anti-racism activist Heather Heyer with his car. The Republican Party in Florida recently made this murder retroactively legal. Aiding and abetting Nazis is a vague crime, but I’m sure a good prosecutor could find instances where Trump gave material support to domestic terrorist organizations.

3. Deliberately provoking the January 6, 2021, Capitol insurrection. Trump called a huge mob of 15,000 white supremacists to Washington and openly sicced them on the Capitol, where, he told them, VP Mike Pence and Congress were about to steal the election from Trump and hand the victory to Joe Biden. This was a criminal conspiracy and not a mere matter of freedom of speech. Trump created a clear and present danger by crying “fire” in a crowded theater, and if things had turned out just slightly differently, Mike Pence would be dead and maybe some Congressional representatives would have been kidnapped or killed.

4. Trump’s murder of Gen. Qasem Soleimani and Gen. Abu Mahdi al-Muhandis at Baghdad International Airport on January 3, 2020, caused reprisals that left over 100 U.S. troops with dangerous concussions and left two dead. There was no justification in international law for Trump to simply kill these figures. The Trump cover story that Soleimani was coming to Iraq to kill Americans was simply another Big Lie. He had been invited by the Iraqi prime minister as part of a mediation attempt between Iran and Saudi Arabia. Assassination is illegal in U.S. law. Matthew Spurlock at Just Security noted that “Executive Order 12333, states: ‘No person employed by or acting on behalf of the United States Government shall engage in, or conspire to engage in, assassination.'” But that is what Trump did.

5. Trump paid off sex worker Stormy Daniels to keep her quiet in the run-up to the 2016 election because he was afraid she would tell the world that he paid her for sex. This is a gross violation of campaign finance law. Michael Cohen, Trump’s fixer, went to jail in part for his role in this crime, but Trump was allowed to skate. Yet, Trump was the one who set the whole fraud up to blind American voters.

6. Trump’s breach of the Paris Climate Accord and his crusade against green energy was a crime against humanity and the earth. He put over a hundred billion metric tons of carbon dioxide into the atmosphere during his years as president, encouraging coal and Big Oil, and only wished it had been more. Trump’s actions are a time bomb that will kill millions when their full effect is felt.