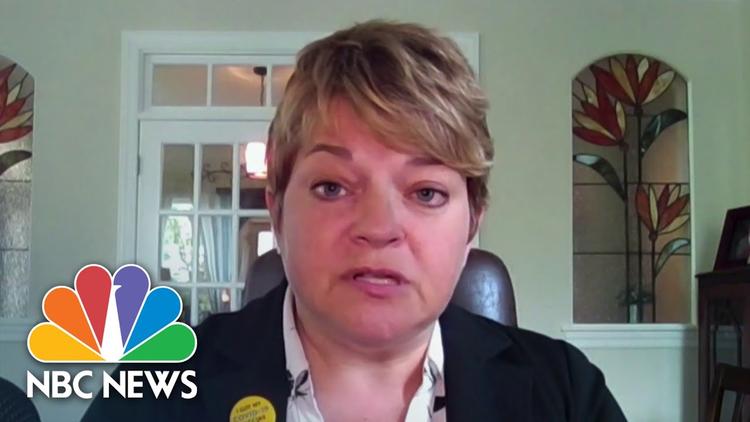 Oakland, Ca. (Special to Informed Comment) – Tennessee Governor Bill Lee is killing his constituents by pandering to Donald Trump. He’s following the leads of Texas’ Greg Abbott and Florida’s Ron DeSantis, as state executives, reading the tea leaves of the Tea Party and blowing in the political wind – lives of their citizens be damned!. Their alliance with quack health professionals, Fox News and other right-wing organizations is doing great harm. They are prolonging the pandemic and causing more people to die. Tennessee became the Volunteer State for its large contingent of volunteers for the War of 1812. Gov. Lee is now calling on volunteers to die for a different cause, his political agenda in service to Trump.

The ongoing American public health crisis is the result of gross misinformation campaigns from multiple sources. State legislators in Tennessee and elsewhere are punishing public health officials for . . . using their best science-based judgment to protect public health. They are following Trump’s model to demonize Dr. Anthony Fauci and other health professionals, for calling out issues that conflict with the beliefs and wishes of “the base.” That’s a euphemism for the millions of proudly ignorant people who reject science, and applying it to solve scientific and medical problems. Some of it arises from raw ignorance, while another part arises from a diabolical political agenda, to appease and placate Trump and his devotees. This is a parallel dynamic to his “Stop the Steal” movement, which has quickly become a visceral threat to American Democracy. Sadly, both are long-term consequences of Newt Gingrich and Ronald Reagan’s “all big government is bad” campaign.

Just when you think you’ve heard it all, along comes Dr. Sherri Tenpenny to give a new twist to medical quackery. Here is a woman with a medical education, who uses her standing to salve the anti-vax movement with misapplied segments of science, to concoct a plausible sounding reason to avoid vaccines. She’s the one telling people they can become magnetized by the vaccine, and that it would cause DNA shedding of the virus in patients and their sexual partners. Some vax-objectors are actually medical professionals, devoted to Dr. Tenpenny and the destructively phony organization, Health Freedom for Humanity. They and Dr. Tenpenny are doing great harm to American public health.

In my home state of Tennessee, the governor recently fired Michelle Fiscus, the state’s medical director for immunizations, because she recommended allowing minors to get the Covid vaccine without parental approval. Oh, and it’s not just the Covid vaccine that has an official state information embargo, but ALL childhood immunizations! Whereas Ms. Fiscus invoked a state Constitutional provision called the “Mature Minor Doctrine,” some legislators argue that it was misinterpreted for the purpose of accomplishing “go’mental overreach.” Promoting vaccines in a Republican-dominated state legislature can bring punitive measures. Public health was never a partisan issue until Trump saw a need to demonize America’s top public health official, to suck up to the far-far right, and play to the base. It’s called pandering. They have spread false alarm about the Covid vaccine, including the bizarre notion that it “alters our DNA.” Not true. The Covid vaccine DOES alter the patient’s mRNA (Messenger RNA) to fool the immune system into building resistance, but does NOT contain the active virus, which could be “shed” into a sex partner.

That made the Vols front-and-center of Steven Colbert’s hilarious ridicule last week. The cover for this destructive cowering to t-Rumpian madness, is the alleged preservation of parental authority, and stopping “go’mental overreach.” Despite this Republican war on public health, the state continues to administer vaccines. Public health officials in Shelby County (Memphis) and Davidson County (Nashville) continue to promote childhood vaccinations, and resist other draconian state directives intended to destroy public education in those counties, but not elsewhere. Poor Nashville, surrounded by Tennessee; poor Memphis, stuck in the corner hard by Arkansas and Mississippi.

What’s truly alarming is that some medical professionals have dignified Tenpenny’s positions to inflate her standing, most notably Health Freedom for Humanity (HFH). HFH stakes noble ground positioning themselves thusly: “We declare freedom from the overreaching arm of Big Pharma and its bedfellows. We are unmovable and unstoppable.” Their “team” is composed of dozens of thoughtful looking people with “Dr.” in front of their names, most of whom are NOT medical doctors. They include a “mindset coach,” and purveyors of debunked therapies. While some “alternative care” practitioners can perform valuable roles, the HFH roster dignifies concepts that lack scientific support. Naturopaths are valid health professionals who perform vital services. The ones on the HFH roster present some bizarre notions on their websites. HFH dignifies the worst of the worst of questionable practitioners across the alternative health care spectrum. Bio links to their team members lead to everything from legitimate medical websites to Instagram accounts with no medical substance. Some are devoted to selling merchandise and books, and dispense no medical information. HFH is popular with some naturopaths, but abhorred by others who take their practice more seriously. Some team doctors list their “degrees in progress.”

Now that Trump is no longer president, the Centers for Disease Control (CDC) has restored useful science-based information to their website. This is because science recovered in the 2020 election from a demoralizing defeat the previous cycle. CDC lucidly points out, “None of the vaccines authorized for use in the U.S. contain a live virus. mRNA and viral vector vaccines are the two types of currently authorized Covid-19 vaccines available.” The alarm about DNA alteration is laid to rest thusly: “mRNA and viral vector COVID-19 vaccines deliver instructions (genetic material) to our cells to start building protection against the virus that causes Covid-19. However, the material never enters the nucleus of the cell, which is where our DNA is kept.”

Yes, Big Pharma is bad, but so are phony people who claim medical expertise they don’t hold. And yes, big pharma does make money off the Covid vaccine and all others, because nobody today has the “right stuff” of the great Dr. Jonas Salk. He donated his invention of the polio vaccine, rather than get rich off of it, Dr. Salk was a noble mensch who realized he was rich enough, and preventing a pandemic was pretty damn important. But that was a long time ago in a far-away galaxy. Recently some Tennessee legislators discussed shutting down the state’s public health information office. According to their logic, if a town disbanded the fire department, that woud ensure that there would be no more fires. And Dolly Parton is not pleased that governor squandered her $1M investment in Vanderbilt’s research to develop the Moderna vaccine. Miss Dolly for governor! She’ll do no harm.