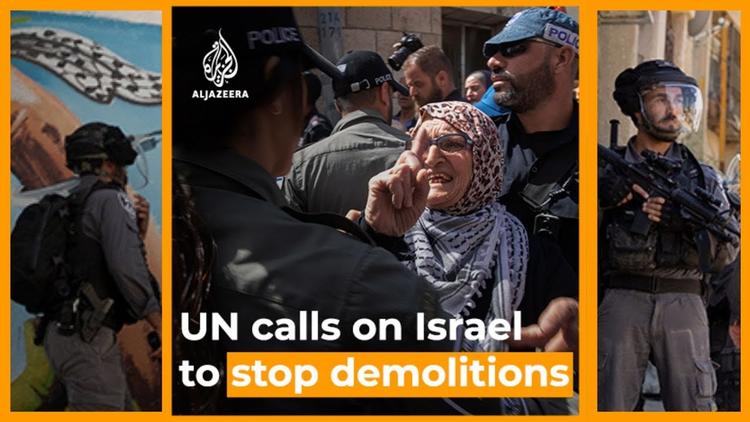 ( Middle East Monitor ) – If there was only one tiny sliver of hope that emerged after the horrors that Israel inflicted on the Palestinians last month, it was a new sense of unity among the people of Palestine themselves. And the global solidarity movement for Palestinian rights received a major boost too. On our streets, on our social media feeds and – yes – even in the corporate media, the visibility of the Palestinian struggle was higher than ever.

Today, though, things have died down. In a way this was inevitable. Movements come and movements go. They ebb and flow. Awareness grows slowly over months, years, decades and even (in the case of long term struggles for freedom like the one in Palestine) centuries.

The Black Lives Matter movement, for example, began in 2014, with the fatal shooting of Michael Brown, a young African-American whose life was snuffed out by a white police officer in Ferguson. This movement also developed in waves, with activists drawing attention to more and more cases of injustice against Black people, usually young Black men who were victims of police racism and brutality.

The latest major wave of the BLM movement crested last year, with the infamous murder of George Floyd. Former police officer Derek Chauvin was sentenced this month to 22.5 years in prison for the murder. Chauvin used excessive force to arrest and detain Floyd for an alleged petty crime. A police officer at the time, Chauvin infamously knelt on Floyd’s neck for almost nine minutes. The whole murder was caught on camera by witnesses at the scene.

It is a sad fact of history is that it is often not until such shockingly violent injustices are exposed to the public and in plain sight for all to see, that there is a reaction powerful enough to make actual change.

This is also the case in Palestine. It is unusual to see the corporate media paying attention until Palestinians begin firing back, or otherwise responding to Israeli violence.

It was events in Jerusalem which began the latest Israeli military offensive against the civilian population of Gaza, the 11-day killing spree which Israel unleashed in May. For once, that much seemed clear to all.

Increased tension over the expulsions fed into more violent Israeli extremism. Kahanist settlers began roaming the streets of Jerusalem chanting “Death to the Arabs” and looking for Palestinians to beat up. Israeli forces increasingly began to target worshippers in Al-Aqsa Mosque compound, a violation of all norms of freedom of worship and basic morality, not to mention religious sanctity.

That was the straw that broke the camel’s back. The armed Palestinian factions in Gaza, led by Hamas, made the decision to respond to Israel’s aggression in Jerusalem. Their increasingly long-range missile technology made this possible. For the first time, Palestinian resistance rockets were able to strike everywhere across occupied historic Palestine.

The 11-day war that followed resulted in victory for the Palestinian resistance. The “Death to the Arabs” annual Jerusalem march was delayed and finally halted. It eventually went ahead earlier in June, but was curtailed, and marchers were prohibited from entering the Old City.

More than 250 Palestinians were killed in Gaza, including 67 children, but the Palestinians still regarded the outcome of the war as a victory. And with good reason. The objective victory conditions for an indigenous guerrilla resistance force are not the same as those for an invading, alien, military entity.

The resistance was able to inflict a serious cost on the coloniser, and impose a deterrence factor. The expulsions in Jerusalem were delayed by the colonisers’ courts. Israeli troops were unable to enter Gaza, as their commanders knew that many would be coming back in body bags, if at all. Ultra-right Israeli politicians like Itamar Ben Gvir complained that Hamas leader Yahya Sinwar was making the decision over who could parade through Jerusalem, after his “Death to the Arabs” march was curtailed for fear of repercussions from Gaza.

But now, with the world media’s turning away from Palestine once again, the threat of expulsion looms once more for many Palestinian families. As I write, Israel has started to demolish Palestinian homes and shops in the East Jerusalem neighbourhood of Silwan. The long delayed court decision on Sheikh Jarrah is expected soon.

Palestinians expect no justice from the occupier’s racist courts. It is down to us to raise Palestine’s visibility again and impose costs on Israel for its crimes, forcing it to change course.

For us in the West, that means campaigns, demonstrations and Boycott, Divestment and Sanctions (BDS) activism. Now more than ever the message is simple and very important: don’t look away from Palestine.