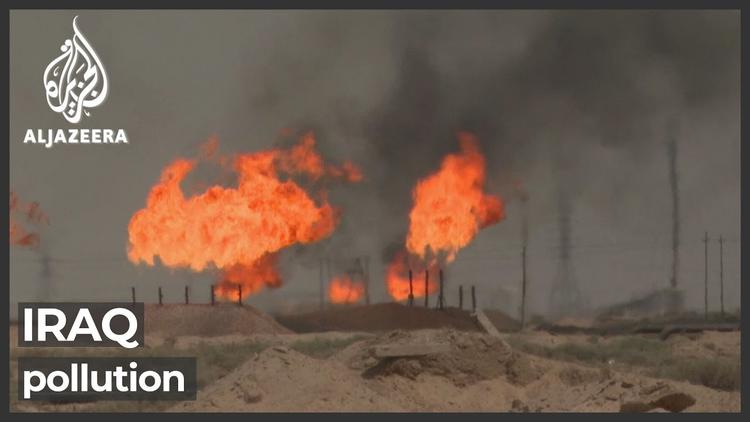 Belgrade (Special to Informed Comment) – When the George W. Bush administration launched the invasion of Iraq in 2003, many believed the campaign’s main goal was to gain control of the country’s oil. Almost two decades later, most U.S. oil corporations have exited Iraq and the last major, ExxonMobil, appears to be on the way out, as well. Now Russian energy companies are developing their business in the Middle Eastern nation.

Russia continues strengthening its economic and political ties with Iraq. The two countries have recently intensified their military-technical cooperation. According to reports, Baghdad is interested in purchasing Russian S-300 and S-400 defense systems, as well as Sukhoi Su-57 fighter jets. It remains to be seen, however, if the United States – still a major foreign actor operating in Iraq – will attempt to prevent such a trade. Moscow, for its parts, hopes that the American forces will soon withdraw not only from Iraq, but also from Syria, which could give Russia the upper hand in the region. Meanwhile, even if Baghdad manages to provide funds for arms business with the Kremlin – which at this point does not seem very probable given that the Middle Eastern nation is going through an acute economic and financial crisis – there is no guarantee that Russia and Iraq will materialize their cooperation.

Following the US assassination of an Iranian major general Qasem Soleimani in early 2020, the head of the security committee in the Iraqi parliament, Muhammad Rida openly admitted that “the United States always stands against Iraq’s possession of the S-400 defense systems”.

“Iraq must convince the US side to buy this defense system from Russia”, Rida pointed out, emphasizing that the share of Russian weapons in the Iraqi Armed Forces should exceed 50 percent.

During the Soviet era, Baghdad was actively buying weapons from Moscow, but after the overthrow of Saddam Hussein, Iraq started purchasing all sorts of military equipment from the United States. In 2012, however, Russia and Iraq have reportedly signed a contract worth $4.2 billion, which included the delivery of 36 Russian attack helicopters to Baghdad, as well as Pantsir-S anti-aircraft systems. It is worth noting that the Kremlin plans to export weapons for $15 billion to various countries by the end of the year, and for Moscow Iraq is certainly a significant a client. Therefore, it is not surprising that Russia’s Deputy Prime Minister Yuri Borisov, who is also co-chairman of the Russian-Iraq Commission on Trade, Economic and Scientific-Technical Cooperation, visited Baghdad in April 2021 and discussed not only weapons sales with the Iraqi officials, but also energy issues.

Indeed, energy is one of the most important aspects of the Kremlin’s interests in Iraq. Lukoil – Russia’s second largest oil producer – has been operating in Iraq since 2014 when commercial oil production was commenced at the West Qurna-2 field, located in the southern part of Iraq, 65 kilometers north-west of Basra. West Qurna-2 is one of the largest oil fields. In 2016, the Russian oil corporation discovered the Eridu field in the south of Iraq, which is believed to be the largest discovery in the Iraqi oil sector in the past 20 years. To this day, Lukiol is actively involved in drilling at Eridu field.

Besides Lukoil, Russia’s state-owned energy giant Gazprom is interested in expanding its operations in Iraq, primarily in Mansuriyah gas field near the Iranian border. Gazprom Neft, a subsidiary of Gazprom, already operates in Badra oil field – one of the most important elements in Iraq’s energy system – situated in the Wasit Province of eastern Iraq. It is also involved in oil production at Sarqala field, located in the Iraqi Kurdistan. The company holds a participating interest of 40 percent in the Garmian block and 80 per cent in the Halabja and Shakal blocks of the Sarqala oil field, even though the energy-rich Kurdistan Region has been closely aligned to the United States since the toppling of Saddam Hussein. It is worth point out that Russia was the only major world power that did not oppose the 2017 controversial referendum, saying it understood Kurdish aspirations for independence. Thus, it is unlikely to be a pure coincidence that Russian energy companies Tatneft and Zarubezhneft have recently signed a memorandum of understanding with the Kurdistan Region’s authorities.

According to Igor Yushkov, an expert of the Russian National Energy Security Fund and the Financial University under the government of the Russian Federation, Iraq is facing a “depoliticization of its energy sector,” and the United States has ceased to perceive the country as a significant instrument for pressuring other global oil producers. That is why in Iraq, and especially in Iraqi Kurdistan, European and Asian companies such as BP, Italian Eni, Chinese CNPC and Russia Lukoil dominate the energy business.

“Iraq is attractive for Russian companies not only in terms of the oil market, but also in terms of gas”, said Ilham Shaban, director of the Centre for Oil Studies Caspian Barrel.

“If the Iraqi government’s gas development program is successfully implemented, in the long run the country can become the second gas power in the world” Shaban concluded.

At this point, however, Russian corporations operating in the Middle Eastern nation focus mostly on oil, although Russia’s state-owned company Rosatom and the Iraqi authorities are discussing the possibility of cooperation in various areas of peaceful nuclear projects. By 2030 Russia could take part in building nuclear power plants in Iraq to meet the country’s demand for electricity, given that it is presently being imported from neighboring Iran.

If the United States, pressured by the Iranian proxies, eventually completely withdraws its troops from Iraq, Russia’s influence in the country is expected to grow. Still, aware that Russo-Iranian partnership is rather fragile, Washington might expect from the Kremlin to create a balance and de facto limit the Iranian economic and military presence in the post-US Iraq.