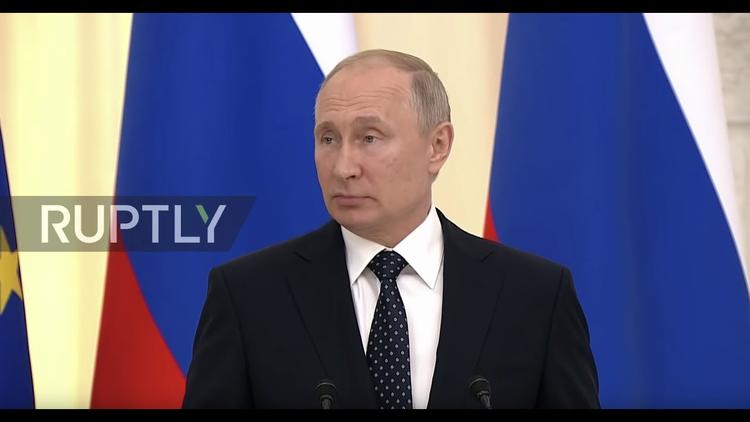 Belgrade (Special to Informed Comment) – Russia risks facing severe US sanctions if it starts selling weapons to Iran after October 18, which is when the United Nations arms embargo on the Islamic Republic expires. Although the UN Security Council will likely decline to extend the bar on such sales, since Russia and China are expected to veto any potential American proposals, Washington certainly has a way to pressure Moscow to give up providing sophisticated weapons to Tehran.

Iran has already expressed interest in acquiring the latest state-of-art Russian weapons, which could possibly include the S-400 missile defense systems, as well as SU-35 fighter jets. The Islamic Republic also wants to create a club of countries hit by sanctions.

“Among its members would be many strong powers with developed economies: Russia, China and Iran,” said Iranian ambassador to Russia Kazem Jalali in an interview with the Kommersant daily. He also stated that such countries should help each other in order to offset the negative influence of US sanctions.

According to Jalali, the United States wants Russia to be weak, China to be economically subordinated to Washington and Iran to become the US colony, which is why the three countries need to cooperate, help each other and complement each other. Iran and China are reportedly near a $400 billion strategic deal, under which Beijing would receive Iranian oil at a sharply reduced price for the next 25 years in exchange of expanding its economic involvement in a variety of fields, including banking and infrastructure, telecommunications and transport, as well as military cooperation.

After nearing a deal with China, Iran now aims to sign a long-term partnership agreement with Russia. From the Islamic Republic’s perspective, good relations with Moscow and Beijing, as well as possibility of expanding economic cooperation with the two countries, will help Iran to cope more easily with the US sanctions and also to avoid the international isolation that Washington is trying to impose. However, given the fact that over the past 20 years Russia has abandoned Iran at every juncture whenever its interests have required it, it is an open question if Moscow will sell any weapons to Tehran.

According to Russian defense expert Viktor Murakhovsky, the US will most likely impose new sanctions on Russia if the Kremlin starts providing arms to Iran.

“We have a very uncertain situation here. Iran’s financial resources have been greatly reduced due to sanctions and low oil prices, which means that Tehran’s real possibilities for the purchase of weapons are completely incomprehensible. In general, of course, Iran is interested in purchasing Russian air defense systems, armored vehicles and, to a lesser extent, aircraft, because they are already too expensive products for the Islamic Republic”, said Murakhovsky.

It is worth remembering that Russian Ambassador to Tehran Levan Dzhagaryan pointed out in May that “if Iran submits specific requests regarding arms purchasing, they will be carefully studied in accordance with international norms”, which does not necessarily mean the Kremlin will get involved in such a business. Historically, Russia has used Iran as a counterweight or source of leverage to balance its relations with Western powers, particularly the United States. For instance, Moscow did not hesitate to vote in favor of all six resolutions passed at the UN Security Council against Iran from 2006 to 2010. Also, in May 2019 Russian President Vladimir Putin stated that Russia “is not a fire brigade, and cannot save just everything,” implying that the Kremlin cannot help Iran in its tensions with the US.

Finally, Russia refused to sell the S-300 anti-missile defense system to Iran in 2010, bending to pressure from the United States and Israel. Last year, Moscow also refused to provide Iran with an S-400 missile system, even though this request allegedly came from the very top of the Iranian political leadership. The Kremlin officials explained that “the sale would stoke more tension in the Middle East.” In other words, Russia tried to avoid any confrontation with major Western and regional powers over this very sensitive matter.

It remains to be seen if Russia will keep following the same pattern regarding Iran, or if it will suddenly change its policy and start supplying the Islamic Republic with modern weapons. As Russian military expert Vladimir Karnozov points out, the question is not whether the arms embargo will be extended or not, but when and what equipment and technologies Moscow and Beijing will offer to Tehran and how will Iran pay. He believes that Moscow will tend to persuade the Islamic Republic to buy MiG-29 and MiG-35 fighter jets, which would be very beneficiary for the Russian military industrial complex, and could consolidate the Russian presence in Iran for a long time.