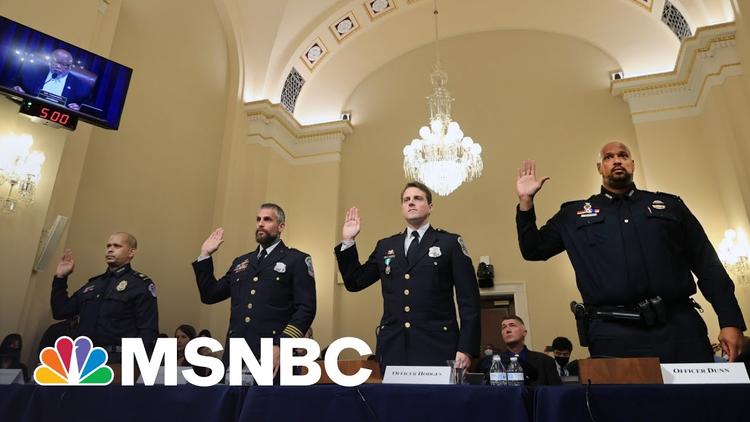 ( Otherwords.org) – If you believe violence instead of voting is justified, I implore you to at least consider the alternative viewpoint. By Jill Richardson | July 28, 2021

As the congressional investigation into the January 6 insurrection gets underway, we’re learning disturbing new details about Trump supporters’ violent attempt to overturn the 2020 election.

As I watch, I see a chilling parallel to the rise of Chilean dictator Augusto Pinochet.

Their version of their country’s history differs starkly with its reality — and they aren’t alone.

They politically opposed the leftist Allende government that Pinochet overthrew, but that alone doesn’t explain why they would cheer a regime known for torturing and murdering its political enemies.

So, why did they support Pinochet? Because he provided an entirely false and easily disproved story to justify his illegal coup and the brutality that followed — and they believed it.

Pinochet falsely claimed that the Allende government was planning murder on a vast scale. Supporters believed Pinochet’s own crimes were justified because he was preventing something worse.

It’s possible to convince people to support a coup — and even mass murder — with phony evidence. It’s crucial to the survival of our democracy that we prevent that.

The January 6 Commission will uncover new facts about the insurrection and the lies that underpinned it. But by itself, it won’t change many minds. People don’t easily give up strongly held beliefs — even false beliefs — that tie them to groups they identify with.

Simply presenting the facts to someone who doesn’t want to believe them won’t work. But as a sociologist, there’s another framework that helps me when I want to understand multiple sides of a controversy without being clouded by my own biases.

To do this, I set aside my own beliefs temporarily. This can be emotionally challenging when engaging with viewpoints I believe are factually incorrect or immoral, but it’s worth it.

First of all, what does each side claim is factually true? Do they provide any evidence to back up their claims? Can you verify their evidence?

Third, what does each side have to gain from their position? In this case, consider both partisan gain — raising campaign contributions and winning votes in the next election — as well as the more serious issue of risking the foundations of American democracy itself.

Often people make factual and moral arguments when they’re advocating for a position that advances their own interests. Do they really care about morality or are they just out for their own gain?

The January 6 Commission offers us all an opportunity to examine factual claims, values, interests, and language.

Look at all of the evidence that emerges in its totality, not one or two cherry picked tidbits. Pay attention to first person accounts from people who were there. Law enforcement officers are testifying — and they’re not known for liberal bias.

In this case, I believe the perspectives of Republicans like Liz Cheney are crucial to listen to. Unlike Democrats in favor of the Commission and Republicans who oppose it, Cheney is paying a huge political price for her participation. Why? She wouldn’t do that without a good reason

Our democracy is too precious to throw away for partisan gain. The dictatorships of the 20th century prove that it’s possible to manipulate public perception of reality enough to enable a coup.

If you believe violence instead of voting is justified, I implore you to at least consider the alternative viewpoint. The costs of being wrong are too high.

MSNBC: “January 6 Police Testify That Riot Was A Terrorist Attack”