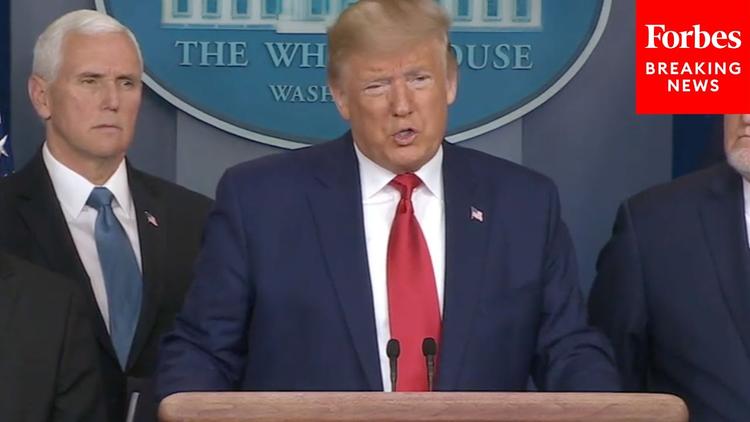 1. in December, 2018, Trump ordered that half of the then 14,000 U.S. troops in Afghanistan be brought out. The decision so angered then Secretary of Defense James Mattis that he abruptly resigned his position. Then Chairman of the joint chiefs of staff Joseph Dunford said he had not recommended the halving of troop strength and that he thought it was a bad idea, both because it would cause instability in South Asia and raise the risk of terrorism against the U.S.

2. Through 2019, Trump and his officials negotiate with the Taliban. In September, Trump calls off the talks after a Taliban attack on U.S. troops, but by December his informal envoy Zalmay Khalilzad announces that negotiations have resumed. Khalilzad, a former US ambassador to Afghanistan and Iraq, had no official position and no particular authority. He is said to have been angling to become secretary of state in a second Trump term. The US-Taliban talks were criticized for being bilateral and for excluding the official government of Afghanistan, headed by Ashraf Ghani.

3. On February 29, 2020, Trump announces peace in our time, with the signing of a peace treaty with the Taliban. The BBC wrote, “President Trump said it had been a ‘long and hard journey’ in Afghanistan. ‘It’s time after all these years to bring our people back home.'”

The BBC quoted Trump further about the US combat mission against terrorists in Afghanistan; he said, “it was ‘time for someone else to do that work and it will be the Taliban and it could be surrounding countries. I really believe the Taliban wants to do something to show we’re not all wasting time.'” Trump did say, “If bad things happen, we’ll go back with a force like no-one’s ever seen.”

Please note that Trump said he believed that the Taliban would take up the slack in fighting terrorism in Afghanistan, and that he really believed the Taliban wanted peace. As for his threat to go back in, he did not seem to realize that it would not be that easy once the U.S. was out.

In all the press pillorying of President Biden, which has barely mentioned Trump, I have seen no one mention that Trump once claimed that upon the US withdrawal the Taliban would take up the war on terror. Even while he was talking with them, the Taliban occasionally brought old al-Qaeda commandos to the parts of Afghanistan they controlled.

In the treaty, Trump promised to pull 8,500 troops out of the country in about 4 1/2 months. He pledged that the Afghanistan government of Ashraf Ghani would release 5,000 captured Taliban and al-Qaeda fighters. Ashraf Ghani at first resisted this provision, saying he was not party to the talks and thought it a horrible idea. But under strong Trump pressure, Ghani let the fighters go by the following October.

In return for these steps and for a promise that the U.S. would withdraw completely from Afghanistan, the Taliban pledged not to attack the remaining U.S. troops in the country by May 1, 2021. When you hear advocates of staying in Afghanistan forever say that US troops had not been attacked in the past 18 months, that is why. They stopped the attacks because Trump promised to leave. If Biden had reneged and stayed, then US troops would have been in the cross-hairs again.

The February, 2020, peace treaty was clearly rushed through by Trump in hopes it would add to his popularity and help him win the November, 2020 presidential election.

4. On October 8, 2020, Trump tweeted out that all US troops would be out of Afghanistan by Christmas of that year. His Tweet took Mark Esper, the Secretary of Defense, Gen. Mark Milley, the chairman of the joint chiefs of staff, and Ashraf Ghani, the president of Afghanistan by surprise, or, more likely, by shock. Julian Borger at The Guardian quoted Ashley Jackson, “the director of the ODI’s Centre for the Study of Armed Groups” as saying at the time, “This is the last leverage the US had left in talks with the Taliban, and Trump is proposing to give it away for free.” Not only did Trump telegraph the endgame and give up all leverage but what he said did not even make any sense. There was no way logistically to get the then 4,500 troops out of the country. Nor was it just a one-time Trump mindfart. The administration confirmed the Christmas deadline the next day.

Again, this announcement was clearly meant to appeal to the Trump base, many of them white working class who resented their tax dollars paying for a 20-year foreign misadventure.

5. While Trump was deeply drawing down the US troop presence in Afghanistan, he was doing nothing to get Afghan interpreters and allies out of harm’s way. It was worse. His melanin-despising aide Stephen Miller knee-capped the SIV special visa program for such Afghans and threw a long-term wrench into its works that hobbled the Biden administration when it came in. So reports an aide to Vice President Mike Pence, Olivia Troye. Business Insider quotes her as saying, “Trump had FOUR years-while putting this plan in place-to evacuate these Afghan allies who were the lifelines for many of us who spent time in Afghanistan. The process slowed to a trickle for reviews/other “priorities”-then came to a halt.” She accused Miller of “racist hysteria” about Afghans and Iraqis.

6. On January 15, AP reported that Trump’s Acting Secretary of Defense Christopher Miller announced that there were only 2,500 US troops left in Afghanistan after a deep draw-down by the outgoing Trump administration.

Miller said that the move brought the United States “closer than ever to ending nearly two decades of war.”

He insisted, with no visible evidence it was true, that the US could still “ensure that Afghanistan is never again used to harbor those who seek to bring harm to the United States of America.”

Miller and the Trump team refused to brief the incoming Biden administration on the Afghanistan situation throughout November, December and January, so Biden and his officials came into office flying blind.

Trump and Miller had also pledged that the U.S. would be out of Afghanistan completely by May 1.

Secretary of State Mike Pompeo had been deeply involved in the negotiations with the Taliban. In early January, 2021, VOA reported, “No U.S. servicemen have been killed in Afghanistan in almost a year, and Afghans are finally discussing peace and reconciliation among themselves. Such incredible progress,” Pompeo said in a series of tweets that came one day after several social media posts boasting of American “swagger” during his diplomatic tenure.”