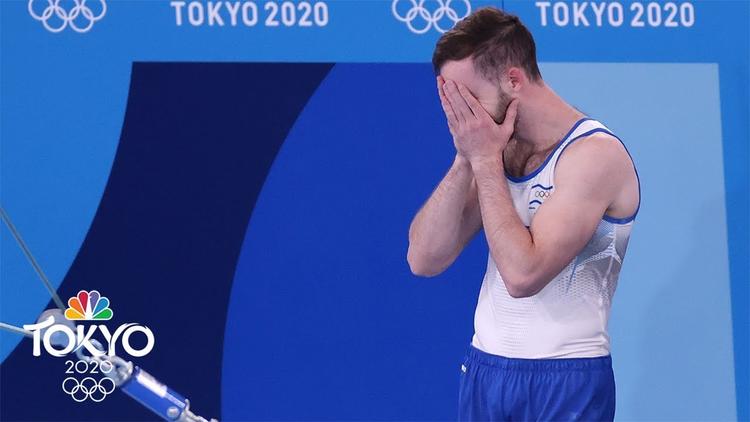 Oakland, Ca. (Special to Informed Comment) – How convenient that the dynamic of sports and politics now collides with the question of “Who is a Jew?”* And just in time for the closing ceremonies of the 2020 Olympics. The prompt for this age-old dialectic comes back to who has a right to marry whom in Israel. For too long a small cadre of orthodox rabbis has had the privilege and power to determine who can be lawfully married in Israel. The diminished status of Conservative, Reform and Reconstructionist Jews in Israel has created wedge dynamics in a small nation where cohesiveness is elusive. How can Israel deny the validity of the majority of its people, who compose the greatest plurality of all their financial commitments? The current operative question is, “If a guy wins an Olympic Gold Medal for his country, isn’t he entitled to marry whomever he wants in Israel?” Gold Medal gymnast Artem Dolgopyat is Jewish on his father’s side, but “not Jewish enough,” to marry in Israel according to laws enacted in 1953.

There are some 400,000 Israelis, most immigrants from the former Soviet Union or the East Bloc, who are not considered Jewish by the rabbinate. Indeed, immigrants to Israel “no religion” admitted under the law of return because they have some Jewish ancestry have sometimes in recent years outnumbered practicing Jews.

As Judaism has a matrilineal tradition, the governing factor has always been whether or not the subject has/had a Jewish mother. Why? Because before genetic science evolved to its useful state, the question of who the father is could always be debated. There could never be any doubt about who the mother is. A man can say, “Not that I know of,” when asked if he has children, but only a few female comedians have said that, when asked, “Do you have kids?”

Judaism arose from a series of traditions and codes that are older than we can know. We surmise it all started around 3000 years ago, but no one is around to vouch for this. And while other great cultures arose before and around the same time and still survive, Judaism codified its belief system in a series of books, scrolls and texts (Torah, Talmud, Mishna, et al), which set the ground rules for everyday life, in a safe and hygienic fashion. The Kosher dietary laws, for example, were the only safe and hygienic way to live before we had refrigeration and cooling elements. Then the Muslims picked up on that and created the Halal system, with a few differences.

Israel recognizes four categories of Jewish identity. Haredi (“ultra-Orthodox”), Dati (“religious”), Masorti (“traditional”) and Hiloni (“secular”). Rabbis traditionally make it hard to join up. They tell you no three times and give you a lot to read. If you keep coming back, maybe they’ll agree to accept you as a student. They make it that hard in order to “build value” as in sales theory.

While there is merit to setting the bar high, the downside is that you can discourage a great candidate by setting out too many hoops to jump through. Then you generate alienation, which is totally counterproductive to our interests: “I tried to join &amp; read all the stuff they gave me, but the rabbi kept insulting me so screw him and them . . .” Some observant Jews who became Bar/Bat Mitzvah in non-Orthodox synagogues are compelled to undergo full study in order to gain approval from the rabbi of the family s/he is marrying into.

Objections to the Haredim monopoly on who can marry in Israel include, “If you can fight for Israel, you’re entitled to marry whom you choose.” IMHO, if someone is willing to subject themselves to the social discrimination, political baiting and grief that comes with being a Jew, I say Ahlan wa-Sahlan! Oh wait, that’s the wrong word here . . . If someone’s dad is/was Jewish but the mother isn’t, that’s good enough for me if they want to be a member of the tribe. If someone has a personal epiphany or thoughtful study that leads to this decision, then OK by me.

If a Black or Latino guy or gal in NYC or SF takes an interest Judaism based on their experiences in their Jewish neighborhoods and want to join, the line forms to the right in my world. But you gotta’ learn to read from right to left. And if a hick from Bootheel, MO says his great-grandpa was Jewish, and is ashamed that his parents buried that fact from family history; then reads up and decides he’s one of us, that’s good enough for me too. But alas, it’s not up to me, but a small cadre of Orthodox rabbis, most of whom are insulated from the real world. Did any of them watch the Olympics? Did any of the fight in the Israeli Defense Forces? No, because rabbinical students are exempt from service.

i24: “Debate: Should Israeli Olympic Gold Medalist Artem Dolgopyat Be Allowed to Marry in Israel?”