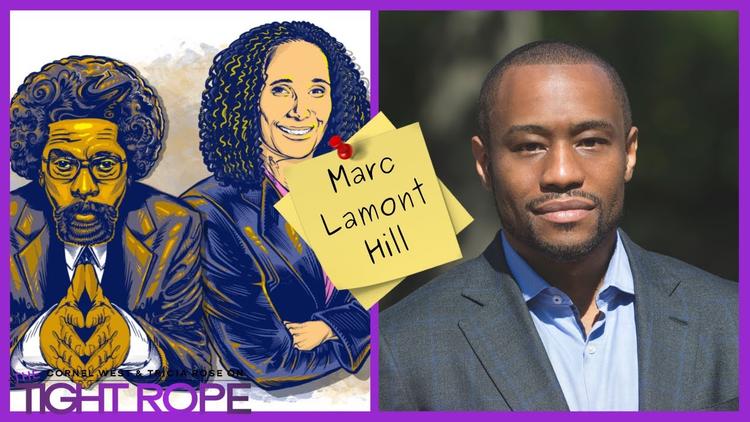 In tumultuous sociopolitical struggles, a frequent pattern is visible: Conservatives often fight to preserve their own wealth or privileges, but liberals battle for causes that don’t enrich or benefit themselves personally.

This fact is clear in the long crusade to abolish slavery, and in never-ending attempts to aid the poor. Liberals are less driven by self-interest, more driven to help the entire society. Conservatives are impelled more by a desire to help themselves.

Famed economist John Kenneth Galbraith wrote: “The modern conservative is engaged in one of man’s oldest exercises in moral philosophy: that is, the search for a superior moral justification for selfishness.”

Consider other obvious differences between conservatives and liberals:

First, economics: Inherited wealth is a factor in right-wing politics. While most people hope to accumulate affluence and leave it for their children, this goal is especially strong among conservatives. They lobby to eliminate the estate tax on big holdings.

Conservatives feel less empathy for left-out families, those not born into privilege, those less-endowed with abilities for success. Conservatives constantly seek to pay less in taxes that fund the government safety net for unlucky folks. A frequent right-wing accusation is that progressives want to “redistribute wealth.”

Second, morality: Conservatives generally adhere to supernatural religion and its sexual taboos. They usually support censorship to ban sex from movies, television, books, magazines, and the like. Vestiges of narrow-minded colonial Puritanism linger.

An Australian, whose nation originated as a penal colony, reportedly told an American: “We’re the lucky ones. We got the criminals, and you got the Puritans.”

Actress Elizabeth Taylor was quoted: “The problem with people who have no vices is that generally you can be sure they’re going to have some pretty annoying virtues.”

Conservative morality includes a belief that highly religious employers should be allowed to deny birth control to their female employees — and that such corporate owners will lose their “religious freedom” if health insurance plans of their firms cover contraception.

Conservative morality includes a belief that every human egg acquires a soul the moment it is fertilized, therefore it is murder to destroy a microscopic zygote. As a result, many conservatives oppose medical research that extracts stem cells from frozen fertilized eggs.

Third, militarism: Conservatives tend to be “hawks” suspicious of unfamiliar people, and quicker to use armed force to kill presumed enemies. In contrast, television commentator Chris Matthews voiced a liberal view when he said:

“I think that the horror of war is so vital to realize, to take into our own minds and hearts, that we don’t send men and women into battle until the leaders fully and fairly decide that is the only solution.”

Even moderate Republican President Dwight Eisenhower famously said: “Every gun that is made, every warship launched, every rocket fired, signifies in the final sense a theft from those who hunger and are not fed, those who are cold and are not clothed.”

Fourth, equality: Conservatives don’t seem to care if inferior status is imposed on people with darker skin or foreign accents, or on women, or on gay people, or other minorities. Right-wingers traditionally endorse hierarchies that favor privileged whites like themselves, and cast everyone else into the cellar. Racial segregation and gated sanctuaries are a manifestation of conservatism.

Fifth, justice: Conservatives usually support the death penalty and other harsh punishments. The fact that execution is inflicted chiefly on Black and poor defendants doesn’t seem to trouble them.

Singer Paul Simon said: “The death penalty is reserved for people who do not have enough money to defend themselves.”

Laws and police enforcement frequently seem designed to prevent the rabble from bothering the elite. The witty French cynic Anatole France (1844-1924) lampooned: “The law, in its majestic equality, forbids rich and poor alike to sleep under bridges, beg in the streets, or steal bread.”

Sixth, pollution: Conservatives tend to ignore industrial pollution, while liberals clamor for cleanups. This conflict is especially intense in debates over global warming, caused by carbon fumes that form a “greenhouse” layer in the sky, trapping heat on Earth’s surface. Many right-wing folks claim that the warm-up is a myth.

Seventh, guns: The right to bear arms is a crucial plank in the Republican platform. America’s horrendous gun murder rate and recurring massacres spur liberals to seek safety laws such as universal background checks for all pistol-buyers. But conservatives and the powerful gun lobby often block such precautions.

Ninth, gay rights: Ostracizing gay people is a long-running conservative theme, dating back to the Bible, which commands: “If a man also lie with mankind, as he lieth with a woman, both of them have committed an abomination: they shall surely be put to death; their blood shall be upon them.”

Gay people have no control over their orientation, and are blameless for it, yet they have been persecuted, imprisoned, even killed, for centuries because many “straights” are repulsed by them. Finally, in the 21st century, western liberals at last are securing safety and public acceptance of them.

“All America loses when any person is denied or forced out of a job because of sexual orientation,” President Bill Clinton said.

Left-right splits crop up in many other forms: (1) Liberals are more inclined to give citizenship to Hispanic immigrants who sneaked into the country to find work; hard-line conservatives want to deport them all. (2) Liberals lean toward international government through the United Nations; but conservatives defend America’s “sovereignty.” (3) Many conservatives think America is “exceptional” and favored by God; but liberals mostly see the United States as a nation like other democracies. (4) Most liberals want separation of church and state, to prevent coercive abuses by the majority faith; but conservatives try to blur the line, for example, by giving tax-paid vouchers so religious parents can send their children to church schools at taxpayer cost. (5) Liberals generally support affirmative action that helps minorities overcome past discrimination; but conservatives claim this gives unfair advantage to Black people. (6) Many progressives support physician-assisted suicide for terminal patients who want to escape pain and hopelessness; but conservatives generally oppose it. (7) Liberals want to decriminalize marijuana usage and ease the “war on drugs”; but conservatives generally back hard penalties. (8) Left-leaning Americans generally think health treatment should be a human right for everyone; but conservatives in Congress voted sixty times to kill the Affordable Care Act, and many Republican governors and state legislators refuse to expand Medicaid for lower-income families. (9) Liberals want to make college free or low-cost; but conservatives oppose higher taxes to fund such a plan.

In recent decades, various psychologists and brain researchers have analyzed innate differences between liberals and conservatives. Brain functions of the two groups have been found to vary significantly. Apparently, the gulf between left and right is wired into human genetics.

University of Virginia psychologist Jonathan Haidt wrote a 2012 book titled The Righteous Mind: Why Good People are Divided by Politics and Religion. He cites research implying that progressives focus strongly on three issues: social fairness, personal liberty, and caring for the weak. Conservatives partly share those urges, he says, but they also focus on three others: sanctity, respect for authority, and loyalty — qualities that breed political and religious conformity.

Dr. Haidt says conservatives react more strongly to perceived threats, and are more revolted by disgusting images. He says liberalism can be traced back to kindergarten age, when tots destined to be left-wingers display more curiosity and verbal abilities, but are less neat and obedient.

Obviously, ingrained differences drive America’s never-ending political and cultural battles. Bottom line: Conservatives want to make life better for themselves and their children. Liberals of course want the same, but they also strive to improve life for everyone.