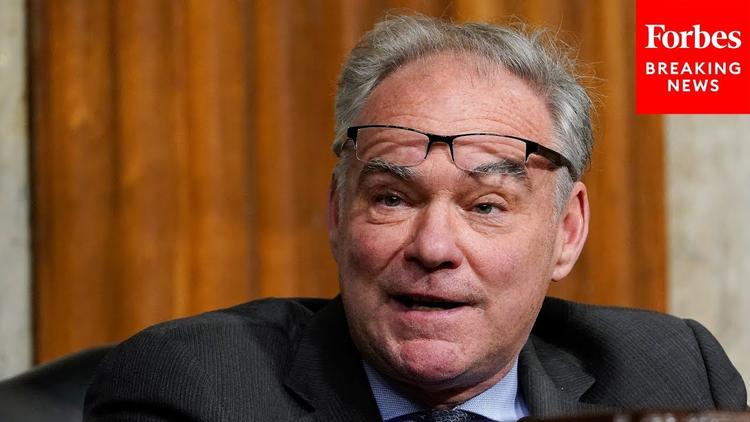 Ann Arbor (Informed Comment) – Trish Turner at ABC News reports that the Senate Foreign Relations Committee has voted to repeal the two Authorizations for Use of Military Force in Iraq passed in 1991 for the Gulf War and in 2002 for George W. Bush’s war on Iraq.

I’m personally happy about this, since I once testified before the Senate Foreign Relations Committee on American mistakes in Iraq, back in 2004 (Joe Biden had invited me).

The impetus for the repeal, which is being supported by some Republicans such as Rand Paul, is a congressional push to recapture from the presidency the right to declare war, which during the Cold War and then the War on Terror Congress had tended to relinquish to presidents. Wars were often spoken about euphemistically as police actions, and presidents such as Ronald Reagan thought nothing of waking up in the morning and invading the island nation of Grenada in the Caribbean without so much as a consultation with Congress. Reagan had been humiliated in Lebanon by an Islamic Amal attack on Marines there, and needed a quick and easy victory for public relations purposes. The population of Grenada was 90,000.

Presidents will initiate such wars for domestic political purposes if they can get away with it, and the mood in Congress now is that they should not get away with it. The manner in which the erratic and impetuous Donald Trump almost started a war with Iran on January 3, 2020 scared a lot of senators, including, reportedly even hawks such as Lindsey Graham. Surely part of the impetus for repeal of the Iraq AUMFs comes from a realization by many in Congress that another Trump could come to power at any time and could plunge the nation into war for reelection purposes if Congress does not reclaim its constitutional prerogative.

Senators Tim Kaine (D-VA) and Todd Young (R-IN) introduced the repeal resolution that passed on Wednesday. In a press release, they were exultant.

Kaine said, “Congress has a responsibility to repeal these unnecessary war authorizations. Keeping the 1991 and 2002 AUMFs on the books would only risk future misuse and undermine our partnership with Iraq. Iraq is not an enemy and we should not treat it as if it is. I’m glad that my effort to repeal these outdated AUMFs, which I have spearheaded since arriving to Congress, has finally reached this pivotal point.”

Kaine’s “ten reasons” for the repeal, in the video below, are worth listening to.

For his part, Senator Young said, “For decades, Congress has been content to cede our Constitutionally mandated role of approving wars to the Executive Branch. Despite the war in Iraq being over for years, and the Government of Iraq now being our partner, the authorities for that war remain on the books and open to potential abuses. Since being elected to the Senate, reasserting the proper role of Congress in critical matters of when, and how, to use force has been one of my top priorities.”

The committee had heard on Tuesday from administration officials who pointed out that no current US military action depends on either of these authorizations.

The some 2,500 US troops remaining in Iraq are no longer engaged in active war-fighting, and are being reclassified as “trainers” for the Iraqi army. Turner says that senators are reasoning that since these troops are in the country at the invitation of the Iraqi government, an AUMF from nearly twenty years ago is not even relevant to their mission.

The senators are correct that in 2014 the Iraqi government invited the US military back in to help it defeat the ISIL terrorist organization that had grabbed the north and west of the country. They don’t seem to realize or perhaps do no take seriously that the Iraqi parliament in January of 2020 demanded that US troops depart Iraq, so that the invitation has rather been withdrawn. The point remains that the current US military presence in Iraq has a completely different context from the 2003 Bush invasion, which was in my view illegal in international law, and the 2002 AUMF is a dead letter.

I have pointed out that not only is it unwise to leave these authorizations on the books, but the 2002 authorization is in any case a pack of lies, full of false assertions such as that Iraq had active nuclear and biological weapons programs (no) and that the secular Baathist regime of Saddam Hussein was somehow in cahoots with fundamentalist al-Qaeda (hell no).

Some Republican senators, Turner notes, such as Jim Risch of Idaho, were reluctant to vote for repeal for fear of looking weak to Iran.

The Congressional Record transcript of Risch’s remarks go this way:

“President Biden has directed airstrikes on Iranian-backed militias in Iraq and Syria twice since February.

Both actions have failed to deter further Iranian aggression. Within a few days of the US airstrikes in February, Iranian militias attacked US forces at al-Assad Air Base in Iraq, attacked Israeli-owned ships in the Gulf of Oman and increased drone attacks against Saudi Arabia from both Iraq and Yemen. The day following the most recent US strike, Iranian militias launched multiple rockets at our forces in southeast Syria and several days of attacks against our troops and diplomats in Iraq, resulting in American injuries.

Beyond Iran’s terrorism in the region, we recently saw a plot to kidnap an American citizen on United States soil, an appalling demonstration of Iran’s disregard of what we’re doing. Well, the administration cited Article II authorities as the legal basis for recent strikes, I’m concerned with the practical impacts of repealing the 2002 AUMF. The fact of the matter is that the 2002 AUMF provides the only statutory authority to strike Iran-backed militias in Iraq.”

Risch inadvertently revealed that some in Congress view these authorizations as like a Swiss Army Knife for rampaging militarism, good for any old war that they would like to have.

Sen. Bob Menendez of New Jersey, the chair of the Foreign Relations Committee, had some choice words for this sort of argument:

“Now, some have made the argument that repealing this authorization would somehow show weakness or lack of resolve, particularly against Iran as it continues to attack our forces in Iraq.

However, I see little logic in this argument. Iranian-backed militias derive much of their support from the false narrative that the United States is still an occupying power of Iraq. Repealing the 2002 AUMF would clearly show that we are there in support of the sovereign Iraqi government. And let’s be very clear, repealed or not, the 2002 AUMF does not authorize any military activity against Iran. “

I appreciate Menendez’s informed insight on this point. He is aware that pro-Iran Iraq Shiite militias see the US troops as occupiers, and that keeping the 2002 AUMF on the books raises the specter of a connection between the 2003 American assault on and occupation of Iraq and the very different small US support mission in Baghdad today. Alas, I don’t think the Iraqi Shiite militias will be assuaged by repeal of the AUMF, but Menendez makes a good point about legitimacy. Menendez is on the right of the Democratic Party, and when even that branch begins making these sorts of informed arguments, it is a good sign.

Menendez further pointed out, “That is not to say that the United States will not show resolve against Iran as it continues to threaten our people or our national security interests, but the 2002 AUMF provides no authority to do that.”

No Swiss Army Knives for the military-industrial complex, please.

Menendez also went to the heart of the issue here that is driving calls to repeal the Authorizations for Use of Military Force:

“Of course, the president has authority under Article II of the Constitution to repel attacks against the United States and against our personnel. But we must have an honest conversation about the scope of this authority and the power of Congress under Article I of the Constitution to declare war. The Office of Legal Counsel at the Department of Justice has advanced a theory that Congressional approval is required only for actions that rise to the level of war based on the conflict’s, quote, “Anticipated scope, nature and duration.” And if the action serves, quote, “Important national interests.” This interpretation is a self-serving, one-way ratchet.

Over time, it has enabled the executive branch to justify large-scale uses of military force without any Congressional involvement, stretching the Constitution in ways that would be unrecognizable to the Framers. A rebalancing is in order.”

Forbes: “Tim Kaine: The 10 Reasons To Repeal Authorizations For Use Of Military Force In Iraq”